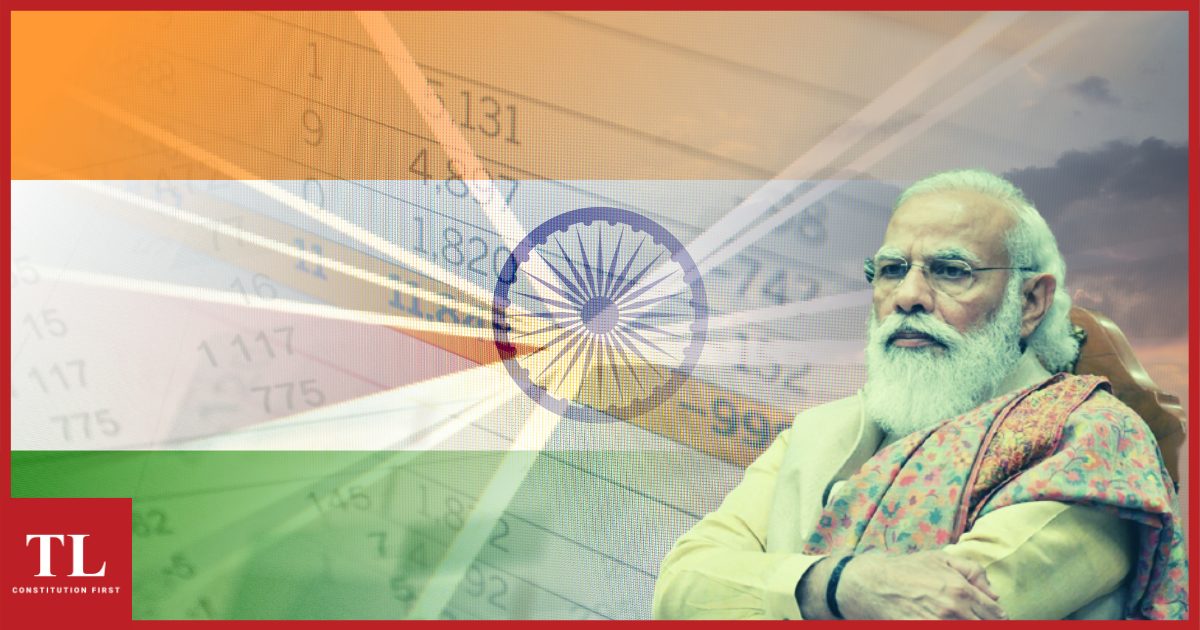 Mr. Modi, Any Plan for the Economy?

With the new wave of COVID-19 sweeping across the country, a swathe of states have imposed various kinds of restrictions, from night curfews to ban on gatherings (except the Kumbh in Haridwar!). Like last year, uncertainty and fear are sweeping across the country faster than the pandemic. But, unlike last year, the central government is largely absent from centre stage. Last year, PM Modi was already about to deliver his third countrywide address exhorting people to fight the disease. This year, some ritual words are doing the rounds about masks and ‘safai’, and there was some hype about the vaccine rollout till it descended into a shambolic tug-of-war.

But what is striking – and chilling – is that there appears to be no preparation for the economic impact this new surge is going to have. Economic activities are going to suffer, or the pandemic will rage on unchecked. The only way to solve this riddle is to ensure that people get support for the earnings loss they will suffer because of the disease, or due to restrictions to control it. This support can come in many forms – direct financial support, free food grains and other essential food items, free healthcare, including tests and vaccines, free and steady internet connection so that children can study online, and so on.

All this will require meticulous planning and most importantly, determined political will. The Modi government needs to be ahead of the curve, rather than tailing it like last year, when it announced delayed measures for inadequate economic support or food grain distribution after announcing a sudden and brutal lockdown.

Some sense of the Modi government’s laxity on this count can be gathered from the chart below, which is based on latest data from the International Monetary Fund (IMF), released this month. It shows additional spending by some governments last year to help people in economic distress. This could be in the form of direct support or spending, or even waiving of some revenues, to give relief. India comes in very poorly, having spent just 3.1% of its GDP. This is less than the average for all emerging economies of which India is one. It is, unsurprisingly, far short of what the advanced economies spent on an average – nearly 13% of their GDPs. Note that China (4.7%), South Africa (5.5%) and Brazil (8.3%) spent considerably bigger shares of their respective GDPs.

It is being argued that richer countries have far more resources to spend, that India cannot afford that luxury. But this is not correct because if the Modi government had used its food grain stocks for distribution, rolled back the massive tax cuts given to corporates and mobilised more resources by taxing the super-rich, considerable increase in spending could have been affected.

Besides this direct spending, most governments also offered credit and equity or guarantees to businesses in order to keep them afloat. These are usually counted as part of the ‘package’ offered by governments, but in fact these are notional funds, and their uptake will be spread over the next few years. According to the IMF’s calculations, India offered about 5.1% of GDP worth of credit and guarantees.

The economy has not recovered from the COVID+lockdown shock of last year. Unemployment is still at an unhealthy 7.1% in April according to CMIE estimates. The Index of Industrial Production (IIP) was 3.6% less in February this year compared to February 2020, indicating that not much improvement in industrial activity has occurred. Bank credit growth had slowed to an all time low last fiscal year at a mere 5.2% as per Reserve Bank of India, and there is no indication of any improvement this year. And, in February, the government itself had estimated that the GDP for 2020-21 would be 8% less than the previous year, private consumption spending would fall by nearly 9% and gross fixed capital formation (that is, capital investments) would fall by 12%, compared to the previous year.

Although there has been much celebration at the small incremental improvements witnessed as the 2020-21 financial year drew to a close, the overall picture remained gloomy. In this background, the new pandemic wave is bound to have disastrous consequences – industrial output may fall further, investments will definitely slacken off further, private consumption spending will again get curtailed, and more people will lose jobs. This is the scenario that looms over India now.

WHAT NEEDS TO BE DONE

The central government is silently letting the state governments handle the exploding COVID-19 crisis and refusing to prepare for both, the economic and the health impacts of this new wave. What it needs to do promptly is to announce a financial package for directly helping the working people – factory workers, agricultural labourers and informal sector workers. Last year, trade unions and farmers organisations had raised the demand for a Rs 7,500 per month direct grant to all families not paying income tax. This should be done immediately to prevent the working people from being forced to go out to earn in a time when the coronavirus is spreading unchecked. This move will not only curb social interactions and transmission but it will also inject much needed buying power in the hands of people, pumping up demand and thus helping the economy to survive the impending crisis.

Besides this, the enormous food grain stocks lying in government warehouses need to be speedily channelised through the public distribution system to reach all people. With Rabi procurement beginning, food grain stocks are going to increase in the next two months and there will be enough for everybody in the country, provided the Modi government is willing to let it go. This is a huge logistical exercise and needs to be started forthwith so that no Indian sleeps hungry in the coming weeks, like it happened last year.

Since last year was wasted in just trying to keep pace with the pandemic and no long term plan was put in place to improve the crumbling healthcare system, the country is yet again seeing the same scenes as last year – delayed test results, no beds in hospitals, shortage of healthcare personnel, and so on. This is nothing short of criminal neglect. Although health is largely a state subject, but by infusing funds centrally in shoring up heathcare facilities in states, the Modi government can save thousands of lives and also reduce the economic burden on families struggling to meet the expenses of private extortionate fees.

The Modi government needs to act fast at this critical time. It needs to take into confidence state governments and start loosening the purse strings it so tightly controls. Otherwise, India is headed for a much worse disaster than last year.