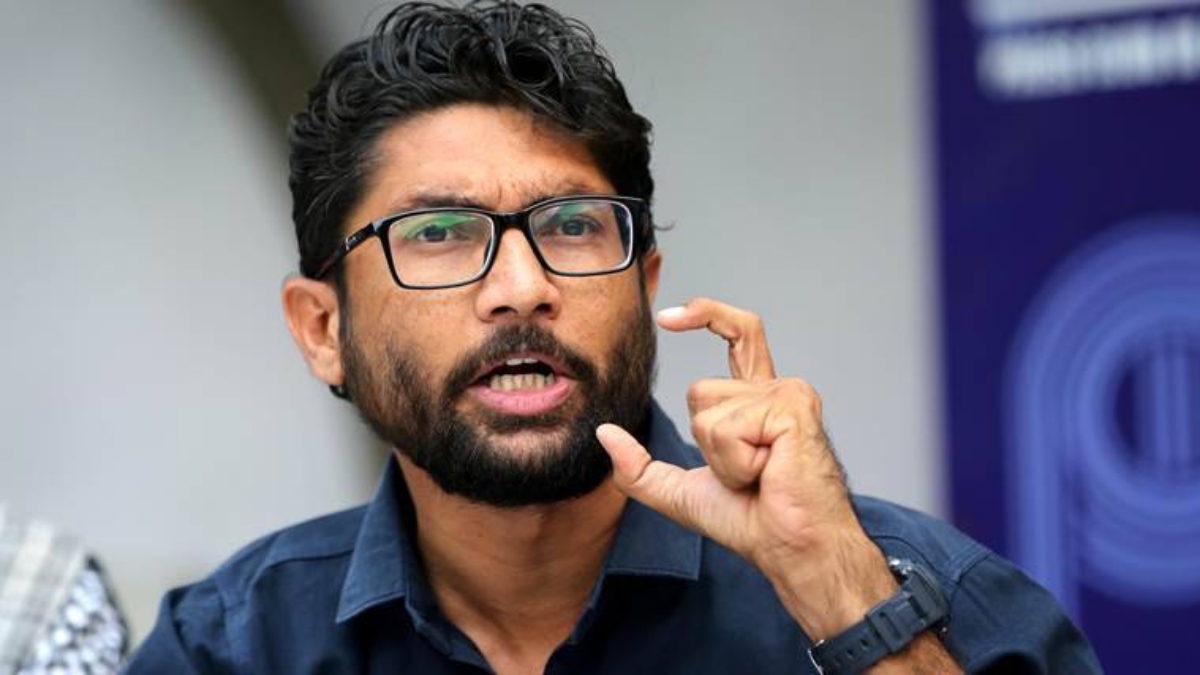 JUST minutes after Gujarat MLA and anticaste activist Jignesh Mevani was granted bail by Assam’s Kokrajhar district Chief Judicial Magistrate (CJM), the Assam Police rearrested the MLA  after a fresh case was registered against him in the state’s adjoining district of Barpeta.

Mevani’s lawyer Angshuman Bora told the media that his client had been rearrested just after the bail order. A copy of the second complaint filed against Mevani charged him with “assault” and “outraging modesty” of a woman police official.

The complainant was escorting the accused MLA from the Guwahati airport to Kokrajhar in a government vehicle and said that Mevani “uttered slang words” against her during their journey.  The complainant added that “He pointed finger towards me and tried to frighten me and pushed me on my seat with force”.

Mevani was booked under Sections 294 (obscene acts or songs), 354 (assault or criminal force to woman with intent to outrage her modesty), 323 (punishment for voluntarily causing hurt) and 353 (assault or use of criminal force to deter public servant from discharge of his duty) of the Indian Penal Code (IPC).

The 41-year-old Mevani was arrested last week following his tweets saying that Prime Minister Narendra Modi worshipped Gandhi’s assassin, Nathuram Godse. Mevani had also tweeted urging PM Modi to appeal for peace and harmony in the areas of Himmat Nagar, Khambhat and Veraval in Gujarat, where widespread communal violence had taken place recently. Mevani’s tweets were later withheld by authorities at Twitter India and an FIR was filed on the basis of a complaint by Kokrajhar resident Arup Dey.

A copy of the FIR, accessed by The Leaflet, shows that he had been charged under sections 120-B (criminal conspiracy),153-A (Promoting enmity between different groups on grounds of religion, race, place of birth, residence, language, etc), 295-A (deliberate and malicious intention of outraging the religious feelings of any class), 504 (intentional insult and provocation to breach public peace), 505 (1)(b)(c) (intention to cause fear and alarm in the public to commit an offence against the state or against the public tranquility and the intent to incite any class or community) of the IPC and provisions under Section 66 of the Information Technology Act.

Formerly an independent MLA, the 41-year-old legislator was inducted into Congress in 2021. Following his arrest from Gujarat’s Palanpur Circuit House, Congress leader Rahul Gandhi had tweeted, “Modi ji, you can try to crush dissent by abusing the state machinery. But you can never imprison the truth.”