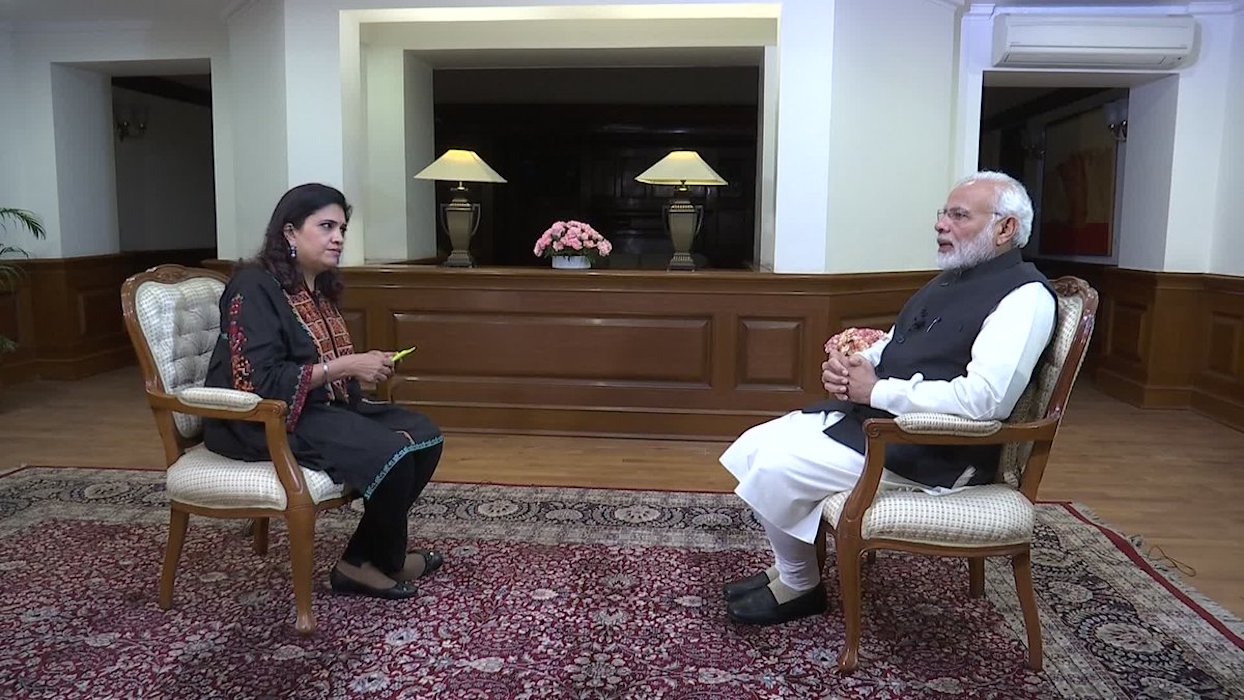 ‘Modi versus who?’ is passé. It’s time for anyone but Modi

[dropcap]M[/dropcap]ODI vs Who? This is the question often hurled at me by my friends who would, without an iota of doubt, qualify to be labeled as “bhakts” — as commonly understood in contemporary political parlance. As I am in the hopeless minority that’s still steadfastly secular, I often wonder as to why they continue to bear with me even though they consider my criticism of policies and politics of the Narendra Modi government as blasphemous and perhaps even “antinational”.

Names of all the opposition leaders, including Rahul Gandhi, are contemptuously dismissed as no match for Modi. Argument that there never can be a leadership vacuum and leaders emerge according to the needs of times cuts no ice. Emergence of V P Singh, Deve Gowda, I K Gujral et al are dismissed with an ideological sleight of hand, arguing that the governments led by them were “ineffective” and did not last as they were led by “weak personalities” and did not have a clear majority. P V Narsimha Rao, who led a coalition government lasting a full term, is also dismissed as ineffective. The only exception being made is for Atal Bihari Vajpayee, who led the National Democratic Alliance and was in power from 1998 to 2004.

Steeped in personality cult, Modi is the paragon of all virtues to them. According to them, he is visionary, strong, decisive and an excellent orator — qualities in which no other leader, whether past or present, in opposition or a supporter, comes anywhere close to him.

The elections in five states have proved that the charisma of Modi no longer holds sway. The voters have given an unambiguous verdict that the promises have to be fulfilled. The untruth spread by the party and the government headed by Modi is no longer believed. Modi has to perform, failing which the voter will elect someone else

Any suggestion that it is the policies and their implementation rather than oratory, nay rabble-rousing, should be the measure of greatness of a leader — falls into deaf ears.

Reference to the faulty policies adopted by Modi government is countered with the usual rhetoric that it is saddled with the burden of seventy years of sloth, inspite of which they are doing extremely well. Supposed success of demonetisation, implementation of GST, improvement in ease of doing business and the respect that Modi is supposed to have earned for India in the comity of nations is cited to debunk any criticism of his vision and policies.

Empirical data regarding failure of demonetisation to achieve any of the stated objectives is brushed aside and increase in number of income tax returns is cited to announce its success and as an example of black money being brought back to the mainstream. Faulty implementation of GST is termed as teething trouble. Rural distress is dismissed as “playing dirty politics” by opposition and widespread unemployment is said to be opposition propaganda.

The elections in five states have proved that the charisma of Modi no longer holds sway. The voters have given an unambiguous verdict that the promises have to be fulfilled. The untruth spread by the party and the government headed by Modi is no longer believed. Modi has to perform, failing which the voter will elect someone else.

The Bharatiya Janata Party (BJP) has been fighting all the elections including the semifinal of 2018 projecting Modi as the star campaigner and the face of “vikas”. The party did not have any faith in the ability of its incumbent chief ministers to fetch votes.

That Modi is being hard sold would be clear from the fact that the BJP has lost in 73% of constituencies where the PM campaigned in the post-2014 Assembly polls. Except for resounding victories in UP, Tripura, Uttarakhand, and Himachal, victories in most of the states have been either pyrrhic – especially in Gujarat, or manipulated through what they grandiosely call “realignment of political forces”. In fact, BJP received sound drubbing in Delhi, Punjab, Rajasthan, Chhattisgarh, and Madhya Pradesh.

The most recent losses appear to have started a war of words within the NDA, with Akali Dal leader Naresh Gujaral openly stating the BJP might go below 200 seats in 2019 elections. Three BJP MPs have resigned from the party and parties like Telugu Desam, TRS RLSP have left NDA. All of them have termed the leadership autocratic and far removed from ground reality.

That Modi frittered away the massive mandate he got in 2014 and is no longer the unquestioned leader in the eyes of masses and perhaps even within his own party.

The public has seen through the façade and is no longer ready to believe propaganda. As they say “Bhookhe pait na hoi Bhajan Gopala”. Youth want jobs, farmers want succor from their problems and will not be swayed by theme of Hinduism being under threat or Ram Mandir.

Recent interview of Modi with ANI Editor Smita Prakash has once again proved that he is no visionary. Nor did he say anything reassuring for the poor farmer and the unemployed youth. He tried to paint a rosy picture by projecting data with one-sided interpretations. For example, data of increase in numbers of Income tax payers doesn’t in any manner improve the lives of poor farmers and unemployed youth.

People want a leader who is a visionary and is committed to fulfilling the promises to improve quality of their life. Instead, they see a bleak future because the jobs promised to them are not coming their way. They are disappointed by the corruption and exploitation that they are subjected to every day which was promised to be eradicated by Modi

He came out as a spokesperson for the party rather than as the Prime Minister of this great nation. His refusal to take responsibility for the recent losses also puts him in poor light. His statement that he has not been able to win over “Lutyen’s Delhi” is a weak attempt to play victim and has been seen as such.

People want a leader who is a visionary and is committed to fulfilling the promises to improve quality of their life. Instead, they see a bleak future because the jobs promised to them are not coming their way. They are disappointed by the corruption and exploitation that they are subjected to every day — which Modi had promised to eradicate. The much-touted improvement in the standing of India in “ease of doing business” does not sell when public faces corruption and innumerable hurdles in starting a business or obtaining loan for a venture. Worse, they are filled with sense of insecurity when riotous mobs instigated by communal leaders lynch innocents.

Not the least, they are angered by the image of their leader splurging money on a monogrammed suit touring the world over while they continue to languish in abject poverty.

The population in the recently held semifinals has spoken loudly. They are ready for a change. Modi the leader appears to have lost his sheen and his oratory has stopped working its magic on voters. Some alternatives too are emerging on the horizon.

It can now safely be said that “we the people” are going to vote for a leader committed to fulfilling their expectations and therefore the fight is now between Modi and we the people.

I now have an answer for my friends.