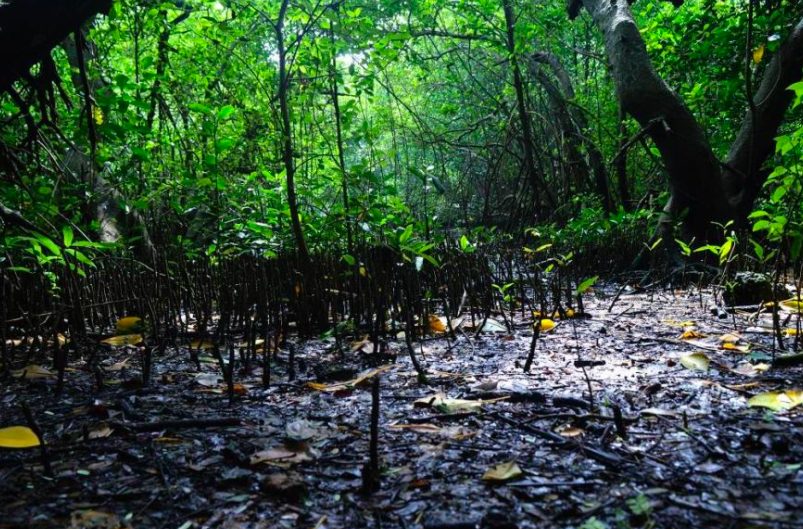 New Delhi: A controversy has erupted over a statutory board’s recommendation to levy a fixed mitigation surcharge in lieu of construction works undertaken within wildlife habitats and protected areas like national parks or sanctuaries. Experts have questioned its sagacity because the board, in the first place, has been constituted for the purpose of conservation of wildlife and wildlife habitats.

Though a policy to levy a wildlife mitigation surcharge was adopted by Modi government six years ago, the controversy flared up again recently following reports that the Standing Committee of the National Board for Wildlife (NBWL), in a meeting held on August 7, had decided to retain it. As per the policy, a surcharge of 2% is imposed on portions of infrastructure projects which fall within protected areas. It means that the surcharge, which is levied through state governments, is not calculated on the total cost of projects, but only upon those portions which fall within protected areas and against which a NBWL clearance is required.

“The approach of imposing a surcharge, in lieu of artificial constructions by destroying precious wildlife heritage, is entirely wrong. No artificial infrastructure lasts for more than three decades while forests that are cleared for its construction have existed for millions of years. Compensatory afforestation is not an alternative to it because the entire ecology is disturbed when forestlands or wildlife habitats are diverted for construction activities,” Debi Goenka of Mumbai-based Conservation Action Trust told the NewsClick.

As per law, project proponents are required to pay a certain sum of money as compensation whenever there is loss of forest lands on account of infrastructure development. Forests are then sought to be regenerated by the government by plantation activities undertaken with the use of these funds through a process which is known as compensatory afforestation.

“In any case, compensatory afforestation has not worked in the past due to the practice of monoculture. Public sector infrastructure developers would be more than happy to pay this nominal surcharge of 2% which is calculated on the basis of the proportion of a project that lies within a protected area. This payment will ultimately be made from the public exchequer. Instead, a very stiff rate should be fixed for developing infrastructure within protected areas in order to discourage any proposal to divert wildlife habitats for construction activities. This surcharge which is being collected against mindless diversion of wildlife habitats is no less than blood money,” added Goenka.

However, members of the NBWL standing committee told NewsClick that the policy has been in place for the past six years and it was only a reiteration at the meeting that state governments should strictly adhere to it.

“A policy to impose a proportionate surcharge of 2% on infrastructure projects falling within protected wildlife areas had been approved by the Board’s standing committee in the year 2015. It was formulated by a two-member sub-committee comprising the then Additional Director General of Wildlife in the union environment ministry and an expert member Dr HS Singh,” said Professor Raman Sukumar, eminent elephant conservationist and NBWL member.

The NBWL had, in a meeting held on August 18, 2015, approved a policy for imposing a uniform mitigation surcharge against diversion of wildlife for infrastructure projects based on a sub-committee’s report. The sub-committee had been formed by the NBWL to examine representations from a couple of private cement manufacturing firms who had demanded to be exempted from a condition imposed upon them to pay 2% of their project costs as surcharge in lieu of diversion of wildlife habitats for their projects. As per reports, the Union Ministry of Environment, Forests & Climate Change (MoEF&CC) had thereafter, on October 28, 2015, issued an advisory regarding the new policy decision to all state governments.

“This policy came up for discussion in the latest meeting following a representation by several project proponents that there was no uniformity in the manner in which states have been imposing these surcharges. It was then merely reiterated that the policy of imposing 2 % surcharge should continue and that state governments should strictly adhere to this proportionate percentage that has been fixed by the Board,” he told the NewsClick.

Allegedly, there has been no evaluation till date on the expenditures made by state governments towards mitigation of wildlife and wildlife habitats, ever since the policy was formulated, from the surcharges collected in the past six years. These could easily run into several hundreds of crores.

As per the minutes of the NBWL standing committee’s meeting held on 7 August, the MOEF&CC had received requests that costs imposed as surcharges should be based on the proportion of the project lying within a protected area rather than on the total cost of the project. Requests had also been received that instead of imposing costs, project proponents should be asked to implement mitigation measures, a recommendation that was supported by representatives of MOEF&CC during the course of the meeting.

Legal experts say the policy of Modi government to divert wildlife habitats for building infrastructure projects, irrespective of the time when it was notified or the costs imposed in lieu of the diversions, runs contrary to extant laws in the country. As per the Wildlife Protection Act, 1972, diversion of wildlife habitats is not be permitted except under circumstances where it is “necessary for the improvement and better management of wild life therein”.

The dispute has flared at a time when the Modi government has allegedly been diverting large tracts of wild life habitats for various infrastructure projects. As per a report published in June 2021 by the New Delhi-based Legal Initiative for Forest and Environment (LIFE), the board’s standing committee approved diversion of 1,792.51 hectares of wildlife habitat in the year 2020. None of the 82 proposals that were received by the board in between January and December 2020 were rejected.

“Both the [Standing Committee] SC-NBWL and the Board in their current form have functioned contrarily to their mandate. For years, they have continued to grant approvals for projects that provide no benefit to wildlife but instead cause dissection and destruction of crucial habitat,” states the report.

Ironically, the Board owes its existence to the Wildlife Protection Act, 1972 which bestows upon it the responsibility “to promote the conservation and development of wild life and forests”. The Board, which is to be headed by the Prime Minister of India as per the Act, was reconstituted in a truncated manner in July 2014 soon after Modi was elected to power at the Centre. Ever since, the Board has not met even once while all decisions are being taken by its Standing Committee which is headed by the Union Environment Minister.