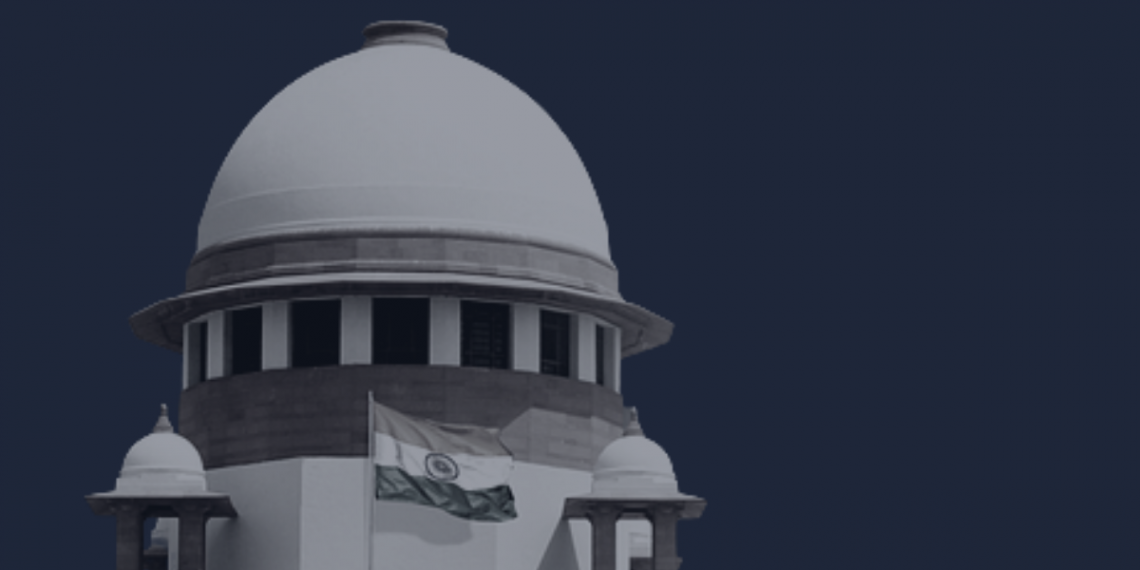 Misconduct of male head constable cannot be equated with that of female constable: Supreme Court

ON Wednesday, a Supreme Court bench comprising Justices M.R Shah and B.V Nagarathna, in Anil Kumar Upadhyay vs. The Director General, SSB & Ors., upheld the judgment of the division bench of the Gauhati High Court on the removal of the appellant-delinquent, the Head Constable in the 15th Battalion of the Sashastra Seema Bal [SSB], from service for violation of good order and discipline under Section 43 of the Sashastra Seema Bal Act, 2007. The Head Constable had entered the Mahila Barrack of the Battalion at around 12:15 a.m. on the intervening night of April 14-15, 2013, and thus, was charged with indiscipline and misconduct leading to compromising the security of the occupants of the Mahila Barrack.

After being afforded due opportunities to be heard and based on cogent material and evidence during the Record of Evidence [ROE] , the Summary Force Court [SFC] was ordered against the appellant and the punishment of dismissal was imposed on him as per the SSB Rules. However, subsequently, it was converted to ‘removal of service’. A departmental appeal against this decision by the appellant was dismissed on January 24, 2014.

The appellant had challenged the removal of service before a single-judge bench of the Gauhati High Court, which on May 2, 2017, remitted the case back to the disciplinary authorities on the grounds that the punishment awarded to him in comparison to the female constable, Rupasi Barman, who was found guilty on similar charges but was awarded a lesser punishment than him, was disproportionate. Barman was on a sentry duty when the incident took place and she was the one who had allowed the entry of the appellant into the Mahila Barrack. But she was inflicted the penalty of forfeiture of two years seniority in the rank of the constable and also forfeiture of two years’ service for the purpose of promotion. However, a division bench of the Gauhati High Court, on April 11, 2018, interfered with the decision of the single bench and restored the order of punishment awarded by the disciplinary authorities. The present appeal was filed against the division bench’s judgment.

The Supreme Court, in the instant case, agreed with the decision of the division bench and said that circumstances like these must be governed by ‘Wednesbury principles’, according to which the question of quantum of punishment in disciplinary matters is primarily the concern of the administrative authorities, and the scope of judicial review is limited. The court relied on the judgment of the Court of Appeal of England and Wales in the Wednesbury case (1948) and said that this judgment had had held that interference is not permissible unless certain conditions, such as that the order was contrary to law, or relevant factors were not considered, or irrelevant factors were considered, or the decision was one which no reasonable person could have taken, are satisfied.

Further, the Supreme Court referred to Lucknow Kshetriya Gramin Bank vs. Rajendra Singh (2013), wherein an exception to the limited judicial review in disciplinary actions was pointed out: “The only exception … would be in those cases where the co-delinquent is awarded lesser punishment by the disciplinary authority even when the charges of misconduct were identical or the co-delinquent was foisted with more serious charges. This would be on the doctrine of equality when it is found that the employee concerned and the co-delinquent are equally placed. However, there has to be a complete parity between the two, not only in respect of nature of charge but subsequent conduct as well after the service of charge-sheet in the two cases.”

Here, the bench pointed out that both benches of the High Court were in agreement on the proven misconduct of the appellant, but pointing out the error made by the single bench of High Court, the Supreme Court observed, “However, the learned Single Judge did not appreciate that the misconduct committed by the delinquent official, being a male Head Constable cannot be equated with the misconduct committed by the female constable”.

Explaining its position further in paragraph 11 of the instant judgment, the Supreme Court remarked, “Even otherwise, merely because one of the employees was inflicted with a lesser punishment cannot be a ground to hold the punishment imposed on another employee as disproportionate, if in case of another employee higher punishment is warranted and inflicted by the disciplinary authority after due application of mind. There cannot be any negative discrimination. The punishment/penalty to be imposed on a particular employee depends upon various factors, like the position of the employee in the department, role attributed to him and the nature of allegations against him.”

Stating that the division bench was justified in restoring the punishment on his removal from service, which was rightfully awarded by the disciplinary authority because of his grave misconduct, the Supreme Court dismissed the present appeal of the appellant.