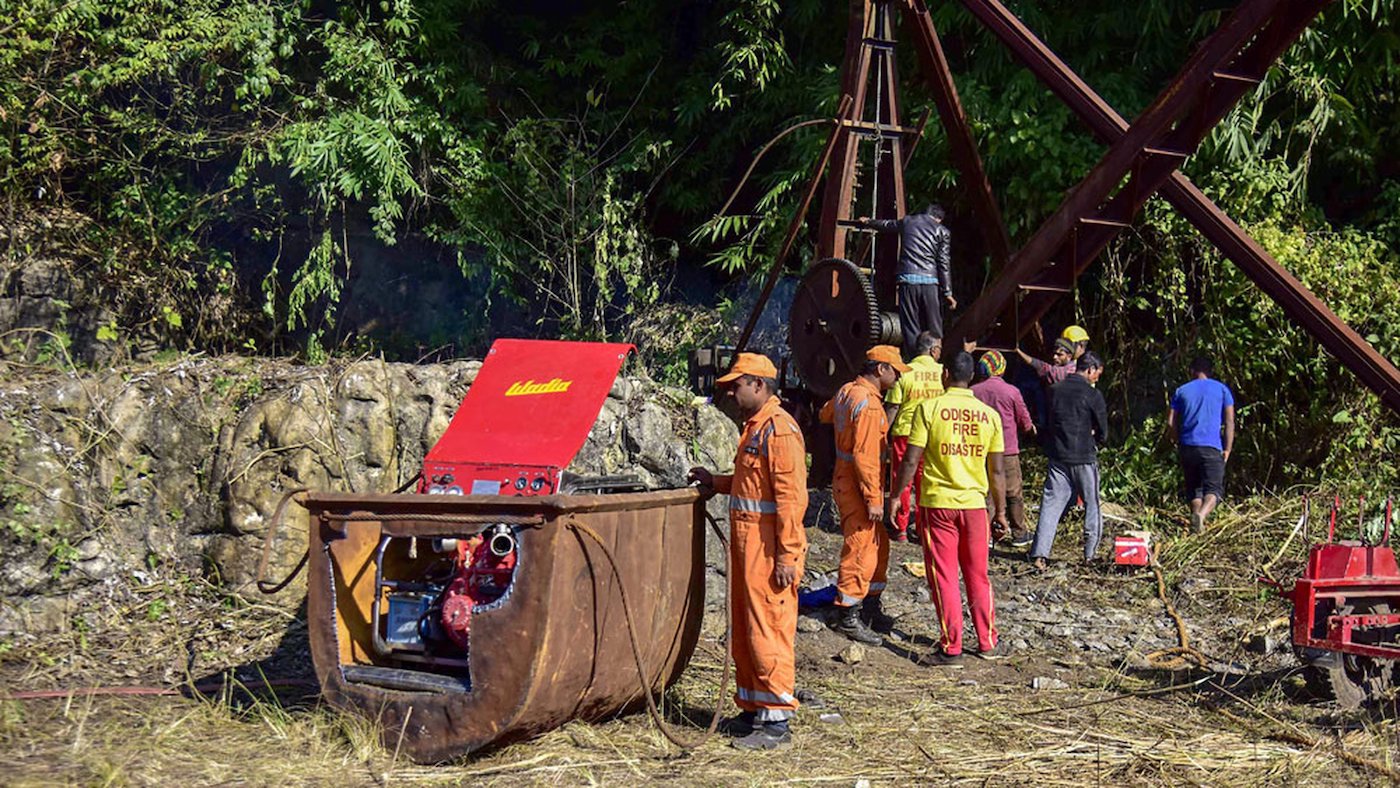 [dropcap]I[/dropcap]T’S been more than a month. More than a month since 15 men have been trapped in a coal mine in Meghalaya. It was on December 13, 2018 that these men got trapped in a coal mine in Ksan area of Lumthari Village in East Jaintia Hills of Meghalaya. The mine got flooded with water from the river Lytein thus leaving the miners no place to exit the mine from.

Aditya N Prasad, the petitioner in the writ petition against Union of India and others, took cognizance of the situation on December 26, 2018 via an article published in The Hindustan Times. He then approached the court with a writ petition seeking relief for these 15 miners stuck in a coal mine. The newspapers reports suggest that the rescue operation has been suspended as there is lack of equipment especially high horse power water pumps to remove water in the mine shafts. Further, no specialised equipment, rovers, camera etc. are available with the national Disaster Response Force and State Disaster Response Force.

The shafts of the mine are flooded till a depth of about 70 feet and divers are unable to dive due to the water pressure. In this situation it is essential to utilise self priming water pumps of high capacity of approximately 100 horse power. Whereas, the teams present at the said site are stated to have only two pumps of about 25 horse power each

In June/July 2018, Government of India extended help to Royal Government of Thailand to rescue 12 men stuck in situations similar to these 15 men in Meghalaya. The help offered was technical assistance in the form of water pumps from Kirloskar Brothers Ltd. However, the same has not been done for the present and almost similar situation i.e. pumping out of water in large quantities. The Indian government has been negligent all throughout and failed to extend the same help to these miners for whom every second is crucial. The fact that high capacity water pumps are available within the country and were offered to a foreign nation but are not being pressed into service for saving its own citizens reflects the inconsideration of the authorities.

A country which has the fourth largest reserves in the world, mining industry which contributes 2.5% to the GDP, it is disheartening to see that this incident not just brings out the disregard for Human Rights and Labour Rights but is also a proof of the severe apathy on part of both the Central Government and the State Government. It is clear that the States or the Union are not prepared to deal with eventualities arising out of mining being undertaken in various parts of the Country. This raises the question, are miners in India part of unorganised labour?

The men went down a rat hole mine, which was rightfully not even supposed to function. All mining activities in the area have been banned by National Green Tribunal (NGT) since the year 2014. A person named James Sukhlain had started illegally operating an abandoned rat hole mine. If there was timely intervention by the State Government on the running of this coal mine then this accident could have been averted. There is no pan-India action plan or standard operating procedure for rescue of trapped miners apart from the Mines Rescue Rules, 1985.   Stricter action should have been taken against the mine owner James Sukhlain to draw up maps of the mine which would have extensively assisted in rescue operations.

National Defence Response Force (NDRF), the State Defence Response Force, the local police, the Navy, Odisha fire services, Coal India and officials of Kirlosker are dedicatedly involved in their respective assigned task as planned. The apex court has put a ban on transportation of coal in the State of Meghalaya till February 19, 2019. This ban does not grant any time to mine owners to transport the coal that has already been extracted. The rescue operations to find the 15 miners that have been stuck in the mine are still on but as per government sources, it may be called off soon as there are no signs of the trapped men. It has been clear seeing the conditions that the state government has been colluding with the coal mafias to extract coal, which blatantly flouts the ban set by National Green Tribunal in 2014.

As per the latest on January 17, 2019, one body has been detected by the Indian Navy divers using underwater Remotely Operated Vehicle at a depth of approximately 210 feet inside a rat-hole mine. A Remotely Operated Vehicle (ROV) is a tethered underwater mobile device operated by a crew either aboard a vessel or floating platform or on proximate land. They are submersible, robotic systems, used to observe the depths of large bodies of water by operators from shore or by divers in the water. The Navy has deployed five ROVs for the operation.

The Government of India/State of Meghalaya should issue a nationwide public appeal detailing any equipment that may be required by them so that the Private Sector and PSU’s etc may volunteer such equipment, without the rescuers having to locate the said equipment and then initiate the process of procuring the same.

Read Suggestions as suggested by the petitioner