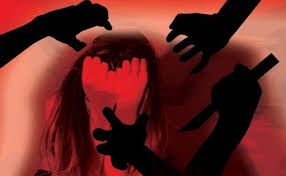 ON October 13, 2020, The Leaflet posted “Hathras Rape Case: Three steps India should take to ensure that rape survivors actually get justice”. One of the recommendations made in the article was of making sexual assault forensic evidence (SAFE) kits available to gather clinching evidence and subsequent conviction in rape cases.
How far will this be effective given the limited understanding of medical evidence and the limitation of trace evidence in cases of sexual violence?

Medical evidence comprises several aspects and not just swab collection from the body. In fact, even despite swab collection in a proper and clinical manner, the result from the forensic science laboratory (FSL) may not be positive.

Considering this, one should not overlook the circumstances of sexual violence or the circumstances which could have led to the loss of medical evidence. Despite a clear law mandating the role of hospitals in the provision of health care including psychological support and evidence collection, its understanding is limited across all stakeholders. Time and again in rape cases we try to bring the focus on medical evidence and the absence of it raises various questions about the authenticity of the case. It is time we take a second look at medical evidence and broaden the discussion on it by looking at it from a different perspective.

Undoubtedly, health systems and health professionals play a crucial role in responding to survivors of sexual violence. They have therapeutic as well as forensic roles mandated by laws on sexual violence. Disappointingly, whenever a rape is reported, the focus is only on medical evidence and FSL results. The Hathras rape has brought to the fore the overemphasis on “forensic evidence.”

In India, the Union Ministry of Health and Family Welfare issued comprehensive protocol and guidelines on medical examination of sexual violence victims in March 2014.  It included a gender-sensitive proforma to be used to document an incident of sexual violence in the victim’s words, note the activities which could have led to the loss of medical evidence, treatment and scope for the doctor to correlate the history with clinical findings as well as provide a provisional opinion.

However, only nine states have adopted these guidelines. In most of the states (including those that have adopted the guidelines) unscientific practices continue by way of mechanical sample collection, mindless swabs, and outlawed practice of ‘two-finger test’ besides irrelevant comments on the status of the victim’s hymen.

Experience of working with survivors has revealed that the police continue to ask doctors to opine on the virginity of the survivors, whether they are habituated to sexual acts and whether the hymen is intact.

Similar experiences were described by doctors in their interface with the Public Prosecutors and Judiciary. There are instances where the courts have asked doctors to comment on virginity. All law enforcement agencies, it becomes clear, only focus on the determination of virginity, habituation to sexual acts and hymenal injuries.

In fact, the thread of investigation is not acquainted with the limitations of medical evidence. (See Guidance Documents for Police, Judiciary and Public Prosecutors, Centre for Enquiry into Health and Allied Themes CEHAT, 2018). So what is the medical evidence in cases of rape? It relates to the following:
1.Trace evidence such as semen, spermatozoa, blood, hair, cells, dust, paint, grass, lubricant, fecal matter, body fluids, saliva
2. Injuries: on the body/genitals, skin, mucosa abrasions, contusions, swelling, lacerations, fractures, incised stab/chop / firearm injuries
3. STDs – HIV, hepatitis, gonorrhea
4, Evidence of treatment for pain, infection, depression…
5. Pregnancy

The notion that the use of SAFE kits will ensure conviction stems from the belief that the body of the rape survivor always has trace evidence or injuries.

The notion that the use of SAFE kits will ensure conviction stems from the belief that the body of the rape survivor always has trace evidence or injuries. As for making the kits available, the items in it are those that are routinely used in a health facility that conducts delivery.

So, providing excuses about the non-availability of a kit in a hospital cannot be a reason for not collecting a sample. And yet there is evidence of doctors/hospitals turning away survivors because their health setting does not have a kit.

In any case, the kits cannot guarantee correct results as far as evidence is concerned, and therefore conviction or otherwise should not be only based on medical evidence.

CEHAT (Centre for Enquiry into Health and Allied Themes)  analysed 96 court judgments of sexual violence cases where sample collection was applicable only in 46 cases.

In these, penetrative sexual violence was indicated, and forensic sample collection was supposed to have been taken since the survivors reported to the health system within 96 hours, and so evidence collection was to be carried out according to the Ministry of Health and Family Welfare (MoHFW) guidelines.

In the remaining 13 of the 43 cases where the CA report was submitted to the court, the forensic reports were negative and nothing conclusive came out from the genital swab collected at the hospital during the medical examination. Here are some of the end results:

*In a case of gang rape, the DNA did not match with any of the accused and all of them went scot-free.

*In the case of a survivor who was pregnant, the DNA of the foetus only showed maternal characteristics. This was perhaps due to an error in extracting the sample from the uterus.

In all the 43 cases referred to earlier– relevant samples were collected for forensic examination and the chain of custody was maintained. Despite this, the report came negative in many cases.

These two examples are to illustrate the limitations of DNA analysis. We need to understand that finding the DNA of the survivor is only one step and proves that there was intercourse. The prosecution still has to prove that it was done against the victim’s will. It is also important to recognise that DNA tests are a probability test and not a confirmatory test.

In all the 43 cases referred to earlier– relevant samples were collected for forensic examination and the chain of custody was maintained. Despite this, the report came negative in many cases. This clearly explains the limitations of medical evidence.

Even within 96 hours survivors may naturally clean themselves, have a bath, pass urine, menstruate, etc – which could result in losing evidence.
These limitations can be explained by summoning a doctor as an expert witness. It is important to understand the limitations of seeing medical evidence only in terms of forensic reports.

Very clearly, health consequences, genital or physical injury is also medical evidence that needs to be factored in. In 50 of the 96 cases, sample collection was not applicable due to a time-lapse and nature of sexual violence.

Out of 96 judgments, conviction was secured in 41 cases. Genital swabs were collected in 23 cases. In 12 of these, the report was negative, but the doctor and the public prosecutor explained the reasons for a negative report by stating the facts of the case, such as no mention by a survivor of any ejaculation or time-lapse.

In 11 cases where the swabs were collected, the judgement does not refer to the findings of the chemical analysis of swabs. In the rest of the cases, the prosecution did not speak about the samples collected and the forensic reports. In 18 of the 41 cases, medical evidence was irrelevant and therefore not presented.

The analysis of the judgements showed that the presence of genital injuries play a role in determining convictions in rape cases, but other health complaints were totally ignored as medical evidence.

But there was no discussion regarding health complaints in the courtroom. The analysis of the judgements showed that the presence of genital injuries play a role in determining convictions in rape cases, but other health complaints were totally ignored as medical evidence.

There is thus the need to train prosecution, police, and judiciary on the health consequences of sexual violence. Lack of injury could be due to various circumstances like the use of lubrication, intoxication, time-lapse, forms of sexual violence and doctors can explain the absence in a scientific manner.

Doctors were interviewed to understand their experience of deposing in court. They pointed out that courts still ask them to comment on the status of the victim’s hymen as the focus was on the virginity of the survivor.

The MoHFW guidelines clearly state that the FSL report should reach the doctor and a final opinion should be framed. But doctors interviewed revealed that they saw the forensic report for the first time in court and they were expected to respond to specific questions and expected to answer in the Yes or No format with no scope of explanation.

(Anupriya Singh was a senior research associate with CEHAT (Centre for Enquiry into Health and Allied Themes). Views are personal.)