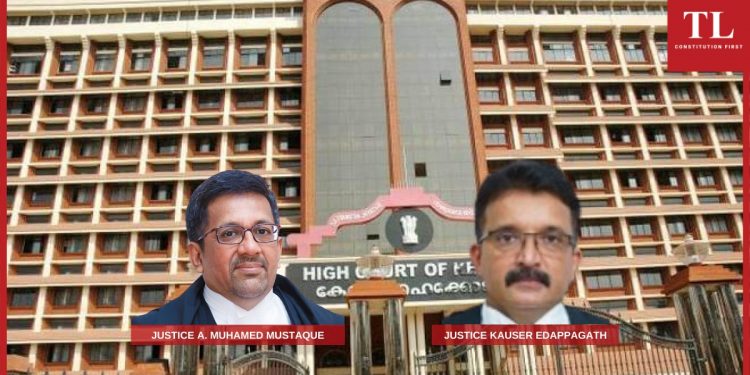 THE Kerala High Court has held that “marital rape” is a good ground to claim divorce even though the penal law does not recognise it.

“Merely for the reason that the law does not recognise marital rape under penal law, it does not inhibit the court from recognizing the same as a form of cruelty to grant divorce. We, therefore, are of the view that marital rape is a good ground to claim divorce”, said a bench of Justices A.Muhamed Mustaque and Dr.Kauser Edappagath.

The bench said a husband’s licentious disposition disregarding the autonomy of the wife is marital rape and although such conduct cannot be penalised, it falls in the frame of physical and mental cruelty.

It added in modern social jurisprudence, spouses in a marriage are treated as equal partners and the husband cannot claim any superior right over the wife either with respect to her body or with reference to individual status.

“Treating wife’s body as something owing to husband and committing a sexual act against her will is nothing but marital rape. Right to respect for his or her physical and mental integrity encompasses bodily integrity, any disrespect or violation of bodily integrity is a violation of individual autonomy”, the bench opined.

The wife alleged cruelty on the part of her husband.  It was the case of the wife that her father gave Rs.77 lakhs to the petitioner on different occasions. The wife also stated that all her gold ornaments were misappropriated by the husband. He also listed sexual perversion and physical harassment as a part of the cruelty.

Rejecting the appeal, the Court said the insatiable urge for wealth and sex of the husband had forced the wife to take a decision for divorce.

“The appellant’s licentious and profligate conduct cannot be considered as part of normal conjugal life. Therefore, we have no difficulty in holding that insatiable urge for wealth and sex of a spouse would also amount to cruelty”, the court held.

Before parting, the judges said the law has to safeguard the spouse against any loss suffered in a relationship or on such separation. In the view of the court, law also should be equipped to deal with marital damages and compensation. “We need to have a law dealing with human problems with a humane mind to respond.”

It also observed that there cannot be any difficulty in having a common code of law for all communities, at least for marriage and divorce on the above lines.

“Individuals are free to perform their marriage in accordance with personal law, but they cannot be absolved from compulsory solemnization of the marriage under secular law. Marriage and divorce must be under the secular law; that is the need of the hour. Time has come to revamp the marriage law in our country,” the court said.