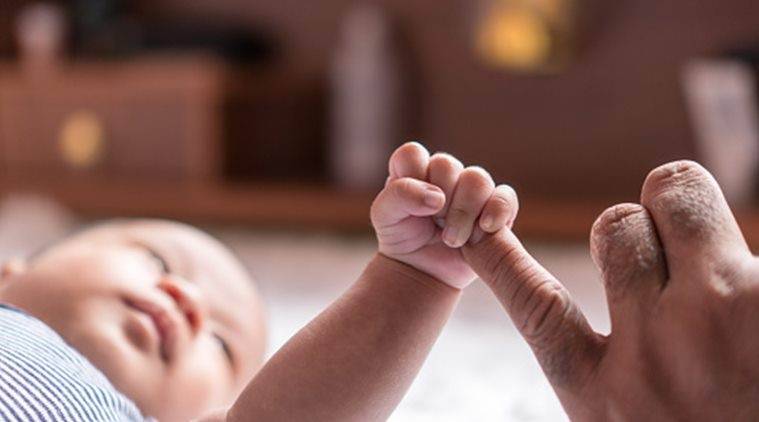 Many Unanswered Questions in Custody Battle With Director

The custody battle for a less than two-year-old -year-old child between his mentally ill biological mother and a Bollywood director, who was his foster father, had many twists and turns. Rules and regulations were thrown to the winds as authorities bent over backward to please the influential man while ignoring the rights of the mentally ill and the poor, points out  DR BHARAT VATWANI.

The recent custody battle for the child of a mentally ill woman by an influential Bollywood director has left many questions unanswered. The mother, Madhavi (name changed to protect identity), was found wandering on September 16, 2019 by the Borivali Railway Police who then referred her to us at Shraddha Rehabilitation Foundation the next day. She had a baby boy who seemed physically wounded.

While Madhavi was placed in the Karjat Centre of our Foundation, the child was eventually given for foster care by the Family Welfare Center, first to one family, then apparently to another, and finally to the director presumably in May 2020. Even as the mother got better and wanted the child back, the foster father refused to do so, leading to an ugly battle for custody of the child.

However, on December 14, 2020, the Child Welfare Committee, Mumbai, passed a final order to officially hand over the child to Madhavi and since then, the child, Madhavi and her father are safely sheltered in our Borivali Centre.

While this seems to have ended in a fairy-tale way, some unanswered questions like this remain:

*Section 21 (2) Chapter V of the Mental Health Care Act, 2017 states: “A child under the age of three years of a woman receiving care, treatment or rehabilitation at a mental health establishment shall ordinarily not be separated from her during her stay in such establishment:

“Provided that where the treating Psychiatrist, based on his examination of the woman, and if appropriate, on information provided by others, is of the opinion that there is a risk of harm to the child from the woman due to her mental illness or it is in the interest and safety of the child, the child shall be temporarily separated from the woman during her stay at the mental health establishment:

Section 21 (2) Chapter V of the Mental Health Care Act, 2017 states: “A child under the age of three years of a woman receiving care, treatment or rehabilitation at a mental health establishment shall ordinarily not be separated from her during her stay in such establishment.” Then why was this done in this case?

“Provided further that the woman shall continue to have access to the child under such supervision of the staff of the establishment or her family, as may be appropriate, during the period of separation.”

“The decision to separate the woman from her child shall be reviewed every fifteen days during the woman’s stay in the mental health establishment and separation shall be terminated as soon as conditions which required the separation no longer exist:

“Provided that any separation permitted as per the assessment of a mental health professional if it exceeds thirty days at a stretch shall be required to be approved by the respective Authority (State Mental Health Authority).”

We, at Shraddha, had never authorised the separation of the child from the biological mother. In fact, our permission, despite being the psychiatrists treating Madhavi, was never sought. The child was separated from the mother before she was brought to our NGO. Why was this separation allowed when it was contrary to the laws stated above?

Given that the biological mother was separated from the child for over thirty days at a stretch, was this separation approved by the State Mental Health Authority, as required in the above clause of Section 21 (3)?

And if the separation itself over repeated periodic thirty days had not received any periodic approval from the State Mental Health Authority, should not the subsequent act of handing over the child to ANY foster care family by the FSC be deemed illegal and ultra vires?

*When three psychiatrists – me, my wife Dr. Smitha Vatwani (a gold medallist) and Dr. Roopa Tekchandani — had certified the biological mother psychiatrically fit in November 2019, and Nair Government  Hospital had also certified her psychiatrically fit in January 2020, why was the child handed over by the Family Service Centre (FSC) to another foster family in May 2020, and that too, of the wealthy and influential director?

When three psychiatrists had certified the biological mother psychiatrically fit in November 2019, and so had Nair Government  Hospital, why was the child handed over by the Family Service Centre to another foster family in May 2020?

*Has not the FSC done a huge disservice to the biological mother and child and subjected them to psychological trauma by separating them and allowing the child to go into foster care?

The Need for DNA Test

*What was the need to subject both mother and child to a DNA test when there were documents from her village pradhan and police station that stated that Madhavi had left the village with her child?

*Even the  Borivali Railway Police had placed on record that she was breastfeeding the child at the Railway Station. Even at the Karjat Centre, Madhavi was lactating. Was the FSC not aware that lactation and breastfeeding are physiological responses of a female body after pregnancy and delivery?

*Even if the DNA test was a legal requirement, how is it that it apparently truck the FSC as late as November 24, 2020, when the child was in their custody and the mother in our custody since September 2019?

*Strangely, even though the FSC had on November 4, 2020, written to Madhavi’s father in Arrah, Bihar to come and take his grandchild, it had apparently cast aspersions on whether the child was genetically Madhavi’s even after the posting of the letter?

Obligations of the FSC and the Foster Family

*Also, before placing a child in foster care, some matching is supposed to take place between both families in terms of social status and commonalities of upbringing.

Before placing a child in foster care, some matching is supposed to take place between both families in terms of social status and commonalities of upbringing. Was FSC not aware that there was a world of a difference between the social status of the director and the biological mother who hailed from rural Bihar?

* Why did the foster family not once think of reaching out to the biological mother and allow bonding with the child? Was it not an obligation on their part? After all, they had signed a legal document that they were mere foster parents and nothing more?

Misfortune of the Child

*On December 1, 2020, the CWC passed a verdict, albeit verbally, that the child be handed back to Madhavi. It gave a memo to FSC that the child was out of their legal jurisdiction and ordered the police present to physically separate the child from the foster family and place it in Asha Sadan, a government-run orphanage. Why was the child not handed over to the mother? Why was our social worker Farzana Ansari, who was present during the proceedings, asked to come a couple of days later with Madhavi and the Railway Police to collect the child?

*Why was the child removed in the middle of the night from Asha Sadan, and even then, not handed over to the biological mother despite a verbal order that both should be rejoined?

*Lastly, do the mentally ill not have any rights or emotional needs? Should their desire to love or to be loved be extinguished due to society wanting conformity to right behaviour?

Coming to a philosophical question–Does God exist?  Can right truly win over wrong?

There are many who are cynical and skeptical about these issues. We, at Shraddha, too had our moments of doubt, but the benevolence of the Gods above saw us through. This biological mother has been with us for 15 months…long enough for us to get attached to her emotional pain. When the world around one crumbles, a loving hand to reach out to is needed. And in her case, it was her child. She needed to be reunited with him. So Madhavi’s struggle became our struggle, and with other good people joining in, it became our common struggle…

The biological mother finally got reunited with her child a few days ago.

(Dr. Bharat Vatwani is the Founder Trustee of Shraddha Rehabilitation Foundation, an NGO for the wandering mentally ill. He was conferred the Ramon Magsaysay Award in 2018. The views expressed here are personal.)