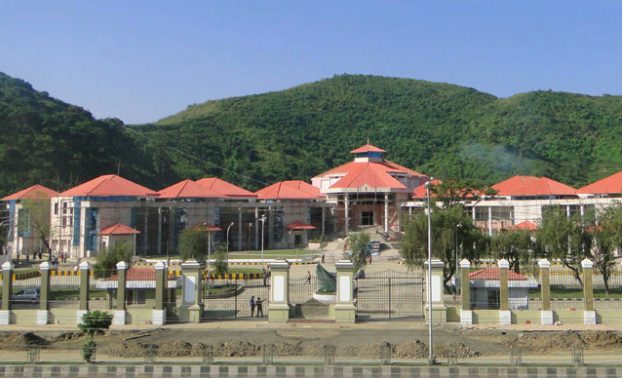 Democracy and Rule of LawHuman RightsInternational CourtsLife and LibertyRule of Law

The Leaflet·April 20, 2021
Home
Due Process
Democracy and Rule of Law

THE Manipur High Court Tuesday, in an interim order, restrained the state government and the Centre from taking any coercive steps or adverse action against seven persons from Myanmar who are presently taking refuge at Moreh in Tengnoupal District, Manipur.

A division bench of Chief Justice Sanjay Kumar and Justice Lanusungkum Jamir said the principle against refoulement or the forcible return of refugees to a country where they are liable to be subjected to persecution, can prima facie be read into Article 21 of the Indian Constitution.

“This court is conscious of the fact that India is not a signatory to the Geneva Refugee Convention, 1951, or the New York Protocol of 1967. However, it is a party to the Universal Declaration of Human Rights and also the International Covenant on Civil and Political Rights. That apart, the protection afforded by Article 21 of the Indian Constitution is not limited to citizens and can be availed by non-citizens also,” the bench observed.

It said while this would require further examination, the four adults and three children from Mynamar must be protected as there is a constant threat of deportation by the authorities.

The court directed the authorities to forthwith arrange for the safe transport and passage of these seven individuals from Moreh in Tengnoupal District to Imphal.

It also said the petitioner had undertaken to accompany the Deputy Commissioner, Tengnoupal, to the location where the seven are in hiding so that they may be given safe transport to Imphal.

The petitioner, Nandita Haksar, a human rights activist lawyer, also undertook to provide them residence and boarding at her own house in Imphal pending further orders.

Haksar sought a direction to the State of Manipur to provide safe passage to Delhi, to enable them to seek protection from the United Nations High Commissioner for Refugees at Vasant Vihar, New Delhi.

The matter will be heard on April 26.