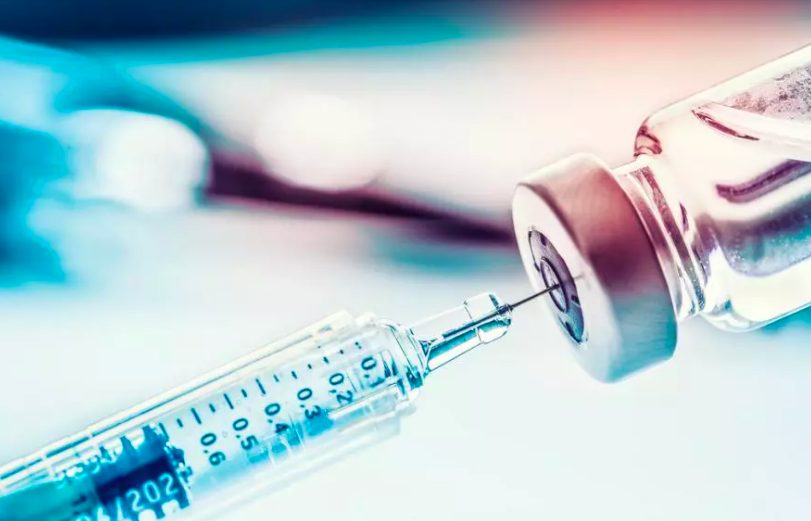 Making Drugs and Vaccines Accessible, Affordable – Where does India Stand?

[PPP conversion factor (=21.35 for 2020) is used – the rate at which currency of one country would be converted into that of another country to buy the same amount of goods and services, taking into account tariffs, labour and transaction costs, etc. Exchange rate conversion does not account for differences in prices between countries]

Cost estimates of select drugs by Hill et al. (2020), and a comparison with then prevailing market prices highlight huge difference between the cost of manufacturing a drug and the market prices being charged. The total estimated cost includes the cost of pharmaceutical ingredients, packaging and other items, and also assuming a profit margin of 10% drug-makers.

Pharmaceutical giant Gilead, however, disagreed with the study findings, claiming that the true cost of manufacturing Remdesivir is not accurately reflected. Drugs and vaccines approved for treatment of COVID-19 have been either unavailable or, when available, have been exorbitantly priced. Reason – Patents! Patents grant the manufacturer exclusive rights for the invention and allow it to charge arbitrarily high prices. With monopoly rights in producing these drugs and vaccines, the supply has also remained limited. And, yes, even in the times of a pandemic which has left over 3.7 million people dead.

VARIABILITY IN PRICES – MAKING IT UNAFFORDABLE

During the peak of the pandemic due to limited supply, Remdesivir was available at exorbitant prices; for instance, in Delhi the price was anywhere between Rs 45,000 and Rs 70,000 per vial in the black market.

Gilead, the originator company, had set the price of Remdesivir, at $390 per vial (about Rs 8,326 at PPP) for government agencies in developed countries emphasising that “in normal circumstances, we would price a medicine according to the value it provides”, which apparently was much higher as it reduced about four days of hospital stay of patients.

In May 2021, Gilead signed non-exclusive licensing agreements with nine generic pharmaceutical manufacturers based in Egypt, India and Pakistan to expand the supply of Remdesivir. Different companies in India had different retail prices – ranging from Rs 2,800 (Cadila Healthcare) to Rs 5,400 (Hetero Labs). It was only after an intervention by the National Pharmaceutical Pricing Authority (NPPA) in April 2021 that the prices were slashed and ranged from Rs 900 to Rs 3,490 per vial.

Similarly, another crucial drug Tocilizumab, manufactured by Roche, is exorbitantly priced at about Rs 50,000 per vial and one treatment requires one to three vials per person. During the recent acute crisis in India, the supply fell short and the drug even hit a price of Rs 1 lakh in the black market. Roche has not disclosed the manufacturing cost of the drug.

Although some of these drugs are now discouraged for use in the treatment of COVID-19, the profiteering nature of the pharma sector lays exposed, Big Pharma has followed the same approach for vaccines, and have fought for maintaining patents and other protectionist measures such as trade secrets resulting in vaccine shortages and vaccine apartheid.

The WTO Agreement on Trade -related Intellectual Property Rights (TRIPS), signed in 1994, had set minimum standards for intellectual property rights (IPRs) protection. An IPR system has worked to protect the monopoly power of the big pharmaceutical companies who have the producing and marketing rights.  The result is that the drugs and vaccines are being sold at exorbitant prices, beyond the reach of most of the population, especially in poor and middle-income countries.

To mitigate the adverse impact of patents, such as high prices, monopoly power to pharmaceutical companies, unequal access to medicines and medical products, TRIPS flexibilities were negotiated under the Doha Declaration on TRIPS and Public Health in 2001. The IPR protection under the TRIPS helped the Big Pharma in maintaining monopoly profits, which is apparent during the ongoing public health and economic crisis caused by the COVID-19 pandemic. Even under a crisis of such magnitude, there have been instances all around where pharma companies have dictated their profiteering terms.

As COVID-19 continued its grip on the globe, and countries faced severe shortages in medical supplies and treatments, with IPRs hindering the timely provisioning of affordable medical products, on October 2, 2020, India and South Africa mooted a proposal at the TRIPS Council, under the World Trade Organisation (WTO). The proposal demanded a temporary waiver of certain TRIPS obligations on copyrights and related rights, industrial designs, patents, and the protection of undisclosed information in relation to the prevention, containment, or treatment of COVID-19. The proposal has gradually garnered support from other countries, the latest being the US. At present only the European Union and the UK stand in opposition to it.

Compulsory licensing (CL), one of the TRIPS flexibilities, is when a government allows someone else to produce a patented product or process without the consent of the patent owner. The first CL in India was granted in 2012 to NATCO for Sofraneib Tosylate being produced by Bayer Corporation. NATCO had proposed to sell the drug at a price lower than $200 which Bayer was selling at $5,608, and successful rejection of Novartis’ patent ever-greening plea for Glivec drug in 2013.

At present, there are a few petitions in India and applications that have been filed for issuing CL on the production of certain drugs to increase their affordability and accessibility.

Medicines effective in treating drug-resistant TB such as Bedaquiline and Delamanid are under patents (Bedaquiline under Janssen Pharma and Delamanid under Otsuka Pharma), thus keeping the generic suppliers out. In India, a six-month course of Bedaquiline costs about Rs 25,000 per person, which would increase three times with an extended regimen for 18 months. A six-month course of Delamanid costs more than Rs 90,000 per patient. Two Mumbai-based TB survivors – Meera Yadav and Brinelle D’Souza (petitioner on behalf of the Jan Swasthya Abhiyan, Mumbai) have filed a PIL seeking grant of CL /Government use Authorisation for Bedaquiline and Delamanid under the Patents Act, 1970.

NATCO had filed for a CL for Barcitinib. But the government delayed a decision on that. Although the High Court summoned a response from the government, NATCO eventually withdrew the application and entered into an agreement with Eli Lilly. No details of the agreement are, however, available.

DIVERGENCE IN INDIAN GOVERNMENT’S STAND – AT HOME AND GLOBALLY

However, while on one hand, the Government of India has been arguing against issuing compulsory licenses on essential drugs in India, thus enforcing the intellectual property rights (IPRs), on the other, India is co-sponsoring the TRIPS waiver proposal at the WTO.

These two positions stand in opposition to each other.

In April 2021, the Supreme Court (SC) bench of Justices D.Y. Chandrachud, L. Nageswara Rao and S. Ravindra Bhat took up the suo motu case on COVID-19 issues (In Re-Distribution of Essential Supplies and Services during Pandemic). The SC asked the Central Government why it was not considering invoking the powers under the Patents Act, 1970 (Section 92/Section 100) for CL/government authorised use for drugs such as Remdesivir, Tocilizumab, Favipiravar, and enable manufacture of generic drugs. The Court noted that “This is an exact case where we should go for compulsory licensing. This is a situation of Public Health Emergency”.

The Centre, however, in an affidavit responded that “…it is not in favour of exercising powers under the Patents Act, such as compulsory licensing… any discussion or a mention of exercise of statutory powers either for essential drugs or vaccines having patent issues would have serious, severe, and unintended adverse consequences in the country’s efforts being made on global platform…”.

More recently, the NITI Aayog stated that, “Compulsory Licensing is not a very attractive option since it is not a ‘formula’ that matters, but active partnership, training of human resources, sourcing of raw materials and highest levels of bio-safety labs which is required”.

K.M Gopakumar, an expert on trade and policy issues and working as legal advisor for the Third World Network, opines that, “This is in contradiction to and seriously undermines India’s negotiating position at the WTO. In fact, this position gives room to the forces who are in opposition to the waiver proposal and questions India’s integrity and sincerity on the issue”.

The key is to use different mechanisms to ensure affordability and accessibility of drugs and vaccines. As Anand Grover, a senior lawyer in the Supreme Court, puts it, “Be it essential drugs or vaccines, if we have more number of companies producing these, prices will come down. We should have a minimum of five companies to ensure competition. The base needs to be broadened and should include giving manufacturing rights to Public Sector Undertakings. The private companies will have profit as the basic objective, for instance in the case of CIPLA. CIPLA was once the protagonist of low price manufacture but today it is producing at prohibitively high prices.”

India, many-a-times, had challenged the hegemony of big pharma and maintained its stature as the pharmacy of the world, guarding the interests of the poor and the marginalised in the multilateral arena. Would it be able to rise to the occasion once again or side with the might of the big pharma?