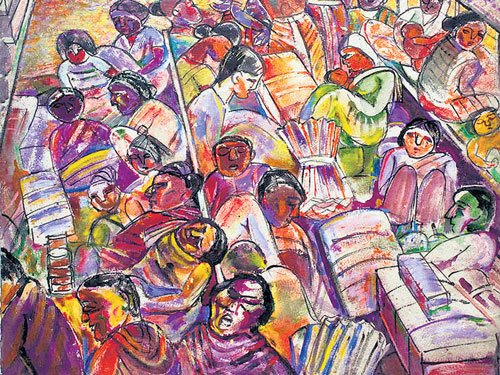 THE Madras High Court has upheld the rights of the Sri Lankan refugees to seek citizenship in India. “A person who is running for his life cannot obviously be expected to wait for a visa. Therefore, viewing the petitioners’ case through the prism of the technical requirements of law, does not appear to be a humanitarian approach,” Justice G R Swaminathan said, while pointing out that keeping them in a state of statelessness for such a long period offended the right to life under Article 21 of the Constitution of India. The refugees have been staying in camps for 35 years.

“…only because their (petitioners) forefathers had gone to Sri Lanka to work as labour in tea estates of Sri Lanka, they had to suffer this condition of statelessness. They had to escape from Sri Lanka to save their lives and limbs. They cannot go back to Sri Lanka,” the judge said.

The Government of Tamil Nadu which prayed for the dismissal of the petition contended that an illegal migrant was not eligible for grant of Indian citizenship under the provisions of Indian Citizenship Act, Act 1955 and its rules.“The writ petitioners are not having valid and up to date residential permit/long term visa. They did not arrive in India through an appropriate passport. They came here through an illegal route. Therefore, they are illegal migrants and hence, the request of the petitioners cannot be complied with,” the state government told the court.

The Government of India, for its part,  contended that while as per government policy, Tamil refugees or migrants who had entered India after 1983 and possessed valid travel documents could apply for Indian citizenship under Section 5(1)(c) of the Indian Citizenship Act, 1955, other refugees or migrants who did not possess a valid passport, visa or residence permit would be treated as illegal migrants and therefore not eligible for registration under Section 5 or for naturalisation under Section 6 of the Indian Citizenship At, 1955.

Referring to the Delhi High Court judgement in Felix Stefan Kaye vs Foreigners Regional Registration Office, the Madras High Court held that the Central Government had the “implied powers” to grant relaxation in cases arising under the Indian Citizenship Act, 1955. The Court, however, acknowledged that the grant of citizenship was the discretion of the Government of India, but reminded it that “it has the power to consider the applications favourably notwithstanding the technical status of the applications as that of illegal migrants”.

“The Central Government shall take note of the unique situation in which the petitioners are placed. The undertaking given before the Madras High Court that the applicants will not be sent back will also be factored in the process of consideration,” the judge said.

Irrespective of ethnicity, faith or ideology, India has an extraordinary history of providing a safe haven to persecuted people from around the world.

As per the UNHCR, there were about 2,07,070 persons of concern in India in 2018, out of which, 1,95,891 were refugees and 11,957 asylum seekers. Though India has one of the largest refugee populations in South Asia, there is no uniform domestic legislation to deal with refugees and asylum seekers.

India is not a signatory to the United Nations Refugee Convention on the Status of Refugees and its two additional Protocol of 1967. It has, however, participated in the Global Summit on Refugees and was part of the New York Declaration for Refugees and Migrants in 2016. At present, India deals with refugees and asylum seekers as per the Passport (Entry of India) Act, 1920, Passport Act, 1967, Registration of Foreigners Act, 1939, Foreigners Act, 1946 and the Foreigners Order, 1948.

In NHRC v. State of Arunachal Pradesh, the Supreme Court restrained the forcible expulsion of Chakma refugees from the state and intervened with a liberal interpretation of the law to suggest that refugees are a class apart from foreigners deserving of the protection of Article 21 of the Constitution.

In December 2015, Member of Parliament moved a Private Member’s Bill called The Asylum Bill, 2015 introducing a uniform legal framework to deal with refugee and asylum seekers.

In the recent past, there has been virulent public opinion against refugees in India and the government continues to adopt ad hoc policies to deal with the refugee influx. Clear and coherent refugee law is the need of the hour to bring India’s refugee practices in line with its own democratic, constitutional and cultural values.

Image: The Partition of India- Refugees by Paritosh Sen (1946)