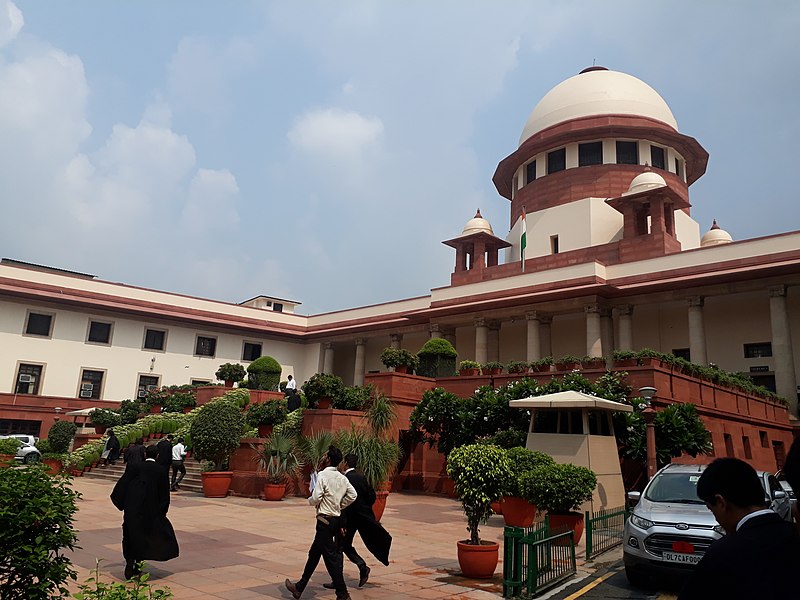 Loop Telecom and Trading Limited vs. Union of India: an explainer

THE Supreme Court on Thursday rejected a petition by Loop Telecom, a telecom company, seeking refund of Rs. 1,400 crore paid as entry fee for acquiring 2G licences for 21 service areas in 2008.

Loop Telecom moved the plea after its promoters were acquitted in a criminal case by a Central Bureau of Investigation [CBI] Special court in 2017.

The court’s bench comprising Justices D.Y. Chandrachud, Surya Kant and Vikram Nath observed that Loop Telecom was in pari delicto (equal fault) with the Department of Telecommunication and the then officials of the Union Government, and that they were beneficiaries of the First Come First Served [FCFS] policy which was intended to favour a group of private bidding entities at the cost of the public exchequer.

“The contention of the appellant that it was exculpated from any wrongdoing by the judgment of this Court in CPIL [Centre for Public Interest Litigation vs. Union of India (2012), better known as the 2G spectrum case] is patently erroneous. The process leading up to the award of the UASLs (Unified Access Service Licences) and the allocation of the 2G spectrum was found to be arbitrary and constitutionally infirm. The need for an open and transparent bidding process for the allocation of natural resources was substituted by a process that was designed to confer unlawful benefits on a group of selected bidders by which the appellant benefitted”, the court noted.

The court also observed that Loop Telecom had tried to rely on the CBI court’s findings. The special court had acquitted Loop Telecom’s promoters, the court agreed. But the CBI court was only looking into whether they had cheated the Telecommunications department by providing a false representation of its compliance under the UASL guidelines, since it was allegedly being controlled by the Essar group, the court noted.

“Hence, the acquittal of the promoters of the appellant of these criminal charges does not efface or obliterate the findings which are contained in the final judgment of this Court in CPIL …”, the bench held.

What was the case about?

In 2007, Loop Telecom had applied for grant of UASL for twenty-one service areas by paying an entry fee of Rs. 1.1 crores.

A year later, the telecom company entered into UASL agreements with the union government.

On February 2, 2012, the Supreme Court, in the 2G spectrum case, ruled that the policy of the union government for allocation of 2G spectrum on a FCFS basis was illegal. The judgement resulted in quashing of the UASLs granted by the Union.  Twenty one of the company’s licences were among the 122 licences which were quashed by the Supreme Court.

After the 2012 verdict, the telecom company approached Telecom Disputes Settlement and Appellate Tribunal [TDSAT] seeking refund of entry fee, but the same was rejected in 2015.

In the second round, it approached the Supreme Court but later withdrew the plea. A subsequent refund claim was filed before TDSAT after the company officials got acquitted by the trial court.

In 2018, TDSAT dismissed the second plea by Loop Telecom.

In its petition, Loop Telecom has submitted that the Supreme Court had cancelled the UASL licence issued to it by the government under its ‘flip flop’ FCFS policy, and it had to suffer a huge loss.

Owing to this, the company had sought for a compensation for loss of reputation, along with 12 per cent interest.

Senior Advocate A.M. Singhvi, appearing for the company, contended that since the licences of the appellant were quashed by the Supreme Court in the 2G spectrum case, the appellant company was entitled to a refund of its entry fee based on civil, contractual and constitutional principles.

Countering these submissions, Additional Solicitor General Vikramjeet Banerjee, for the union government, argued that the entry fee paid by the company was specifically made non-refundable under the UASL Guidelines.

Further, the court was told that the acquittal of the appellant company’s promoters in the criminal case had no bearing on the refund of the entry fee, the subject matter of the present suit.

What the court said

Firstly, the court reiterated its 2012 ruling against the then government’s FCFS formula.

“The decision of this Court held that the “First Come First Serve” policy was writ large with arbitrariness and was intended to favour certain specific entities at a grave detriment to the public exchequer.”

The court also did not accept the telecom company’s contention that fraud in the FCFS policy was at the union government’s doorstep alone and that the appellant was free from fault.

The beneficiaries for allocation of spectrum were corporate entities. Even the appellant company was one of them, the court pointed out.  The bench observed:

Secondly, the court came down heavily on the appellant company for the way it conducted itself and approached various courts seeking similar reliefs.

The telecom company’s course of action is far from fair, said the court while noting that it had approached the TDSAT multiple times.

“A party must not be allowed to conduct litigation in this manner. Such a course of action is subject to grave abuse since it lays bare an effort at forum-shopping and selectively deciding where and before whom it would pursue its remedies. It is in this backdrop, that the failure of the appellant to be fair with the Court when it addressed its submissions in the judicial process leading up to the decision in CPIL (supra) must be assessed.”

Thirdly, the court said that the appellate tribunal was right in ruling that company’s claim for refund of entry fee cannot be entertained.

The question before the Supreme Court was whether the appellate tribunal had the jurisdiction to entertain the claim for a refund of the entry fee. The court answered this question affirmatively thus:

“… [S]ince the policy on the allocation of spectrum and the licences were quashed on the grounds of mala fides and arbitrariness in the Union government’s policy, the subsequent enquiry into viability of the refund of the Entry Fee would have to be agitated before the same Court.”

These observations led to the dismissal of the plea.

Click here to read the Supreme Court’s full judgment in this case.