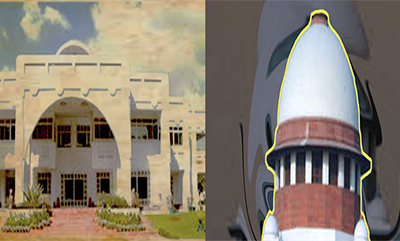 Case updateDemocracy and Rule of Law

LG must act upon the ‘aid and advice’ of the Delhi Cabinet: Supreme Court

[dropcap]T[/dropcap]he Supreme Court verdict in the Government of NCT v Lieutenant Governor case has been pronounced in favour of the Government of NCT (National Capital Territory of Delhi), mandating the LG to act upon the “aid and advice” of the Delhi Cabinet. The matter was adjudicated upon by the five-judge Constitutional Bench, consisting of Chief Justice of India Dipak Misra, and Justices Bhushan, Khanwilkar, Sikri, and Chandrachud.

The matter came up as a challenge to a Delhi High Court judgment of August 4, 2016, that granted supremacy to the executive powers of the LG over the Chief Minister of Delhi.  The present judgment comprises of three separate judgments, with the CJI writing for himself, Sikri and Khanwilkar JJ, and Justices Chandrachud and Bhushan writing their own concurring opinions.

There are three separate judgments penned down by three judges. CJI has written for himself, Sikri &Khanwilkar JJ. while , Chandrachud and Bhushan JJ., have written their own opinion.

Only three reserved subjects, police, land and public order with the Centre. All others are in domain of Government of NGT

CJI Misra held in favour of the Delhi Government and elucidated upon the “spirit of the Constitution”. He stated that all three functionaries of the State need to be rooted in the constitutional scheme, with the Court interpreting the Constitution in consonance with the enshrined principles of democracy. Adopting a purposive interpretation of literal interpretation of the Constitution, the CJI put forth the importance of collective responsibility vis-à-vis the contentious phrase of “aid and assist”, and prompted the Union and the States to embrace a “collaborative federal structure”.

CJI Misra also pronounced Delhi’s status to be sui genesis (a class apart), hence laying down the distinction between a State’s Governor and Delhi’s LG. He held that the LG is bound by the “aid and advice” of the Council of Minsters, and cannot exercise independent discretion unless it pertains to a matter subject to the proviso of Article 239AA, where a referral to the President of India could be made. Further, Delhi’s Council of Ministers has to communicate its decisions to the Lt. Governor, but it isn’t bound by the latter’s diktats.

Crux of CJI’s opinion for himself, Sikri and Khanwilkar, JJ

1) Aid and advise of the Council of Ministers is binding on LG except in matters of land, police and public order. On these issues LG can refer the matter to President.

2. While addressing difference of opinion, ‘any matter’ is not every matter, the matter has to be substantial and decision cannot be made by LG but needs to be referred to the President

Justice Chandrachud’s pronouncement highlights the importance of constitutional morality and how the “basic structure” acts as a “measure to check and restrict Constituent Power”. Propounding the importance of the people’s sovereignty, the democratic way of governance and the value of collective democracy, Justice Chandrachud held real power and substantive accountability to be vested with the elected representatives. He held the Doctrine of “aid and advice” as a measure which acts in furtherance collective democracy, hence reminding the LG that substantive decisions lie within the domain of the elected representatives, and he is bound by the “aid and advice” of the Council of Ministers.

Justice Chandrachud also adopted an interpretation for Article 239AA that furthers the aforementioned democratic values. “Any matter” referred within the proviso to Article 239AA(4) cannot be construed as “every trivial matter”, which may bring governance to a standstill. Differing from the CJI, he further held that in the cases where a matter is referred to the President of India, the Lt. Governor cannot operate as per his own discretion.

Lt. Governor to be bound by the “aid and advice” of the Council of Minsters

Justice Ashok Bhushan, elaborated upon the co-extensive legislative powers exercised by the Union and the Delhi government with respect the governance of the National Capital Territory. He too, held the Lt. Governor to be bound by the “aid and advice” of the Council of Minsters, and the powers conferred upon the Lt. Governor by the proviso to Article 239AA are to be exercised in matters of Constitutional relevance.

Justice Bhushan says interpretation of Constitution should be based on the need of the time.

What was at stake in the Delhi government vs LG case

Over the course of the month-long hearing where multiple issues were argued upon, the most prominent one is that of the interpretation of Article 239AA of the Constitution which details the scheme of governance for Delhi. While the lawyers representing the Delhi Government — including senior advocates Indira Jaising, Gopal Subramanium, as well as advocates Shadan Farasat, Rahul Mehra, Prateek Chadha, and others — had argued that by way of Article 239AA, NCT Delhi was given a special status, distinct from other Union Territories that do not have legislative or executive power and are governed by the Union Government as is enumerated under Article 239.

On the other side, the Union of India, representing the LG had stated that apart from a few provisions, the provisions under Article 239AA and the GNCTD Act of 1991 were same as those in the Union Territories Act, 1963 or the 1966 Act that governs the Union territory of Pondicherry. Therefore, just because it is in the Constitution, does not mean that it should be given a different interpretation than the statutory provisions.

Despite three separate judgment, there’s consonance and concurrence between all three which uphold the executive powers of the elected representatives in the government of Delhi and its legislature, curtailing the LG’s ill-acquired and illegally exercised sway on the functioning of the Delhi government. This is a politically significant judgment since much of the last three and half years has been peppered with confrontations between the Aam Aadmi Party-led Delhi government and the occupant of Raj Bhavan in Delhi, with two Lieutenant Governors, Najeeb Jung and now Anil Baijal, basically trying to obstruct and hinder the functioning of the elected government over important issues such as mohalla clinics, education in government schools, door-step delivery files, healthcare in government hospitals and more. There even was a months-long strike by IAS officers who were refusing to cooperate with the MLAs of the Delhi government, in what was perceived to be a boycott done at the behest of the Centre.

Now, with the apex court clearly laying down the principle of collaborative federal structure while reading out the three-part judgment, the political implications would be enormous. Of course, the credit for the clarity of the judges reading out the respective judgments goes to senior advocate Indira Jaising, arguing for the Delhi government, who reminded the justices to switch on their microphones.

Complete judgement: Government of NCT of Delhi  Vs Union of India