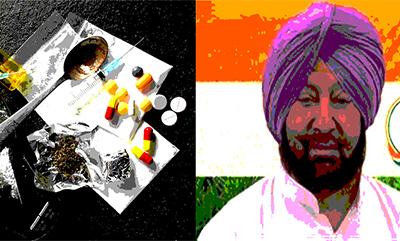 Re: Take back your proposal on imposing the death penalty for ‘drug peddling’

We, write to you in response to your statement proposing to introduce death penalty for drug peddling/smuggling. With due respect,  your suggestion, which has reportedly been conveyed to the Hon’ble Home Minister, Shri Rajnath Singh, is completely out of step with the current line of thinking on drug control, internationally and nationally.

It is all the more disappointing because your Government has otherwise been taking commendable steps to address drug use and dependence as a health problem in the State. In particular, your Government has shown exceptional leadership in introducing evidence-based treatment for drug-dependent patients. The  Outpatient Opioid Assisted Treatment Centres, which were started last year provide critical services to heroin/opioid-dependent persons, including counselling, peer support, referral, follow-up and most importantly, pharmacological therapy using Buprenorphine, for treating dependence, in accordance with the recommendations of the World Health Organisation, the UN Office on Drugs and Crime, and scientific bodies. The experience on the ground has been encouraging with patients becoming stable, returning to work and rebuilding their lives. Punjab’s health-oriented approach can serve as a model for other States that are either in denial or remain unconcerned about the suffering of drug dependent patients and their families.

Your government has shown remarkable leadership in embracing an approach that is centered on health, treatment and support and is more respectful of individual rights and human dignity. We urge you not to retreat from this path. The call for death penalty is thus a step in the wrong direction. It will not serve the objective it seeks to achieve.

Death penalty does not deter or reduce drug crimes

In its 262nd Report on the Death Penalty, the Law Commission of India had noted: “After many years of research and debate among statisticians, practitioners, and theorists, a worldwide consensus has now emerged that there is no evidence to suggest that the death penalty has a deterrent effectover and above its alternative – life imprisonment”.

The Narcotic Drugs and Psychotropic Substances Act, 1985 (NDPS Act) already provides the death penalty for a repeat offence of drug trafficking. Atleast 6 persons have been sentenced to death under section 31A, of which  2 cases were in Punjab. Yet, the drug problem has persisted, if not worsened, both in the country and the State. Internationally too, countries that have executed hundreds of drug offenders such as Iran have not managed to eradicate drugs or reduce drug use and dependence. Consequently, there has been a  rethink on  the ‘war on drugs’ including in hard-line countries like Singapore, Iran and Malaysia that have amended their drug laws in relation to the death penalty – making it more proportionate and humane.

At the UN General Assembly Special Session (UNGASS) on the World Drug Problem held in New York in April 2016, a total of 73 countries voiced their opposition to the death penalty for drug offences. The Official Document of the meeting records, as a matter of consensus, countries’ commitment to implement drug control measures in full conformity with and respect for human rights. India too, expressed support for adopting a public health approach, which can be seen in the 2014 Amendments to the NDPS Act. Importantly, these amendments also softened the rigour of the death penalty under section 31A of the NDPS Act, in recognition of evolving legal norms on drugs and human rights.

Persons  arrested for drug peddling are poor, vulnerable and may be ‘addicts’ themselves

As you know, the NDPS Act does not make a distinction between possession of drugs for personal use, sale or smuggling. Punishments are based solely on the quantity of drugs seized by the Police. Most people caught under the NDPS Act are low-level actors, who have little or no connection with the real source. Some are addicted to drugs themselves. Times of India in November 2017 reported that in Punjab, out of total 4,925 FIRs registered by the state police since January 2013 under the NDPS Act for heroin seizures, 91% (4,522) have been against those possessing less than the commercial quantity of 250 gram.

Imposing the death penalty on ‘drug-peddlers’, who are weak and vulnerable themselves, is a retrograde step.

Not in conformity with Constitutional standards

As you know, in India, capital punishment can only be imposed for in the ‘rarest of rare’ case of murder or killing. Till date, the Supreme Court has neither awarded nor upheld a sentence of death in a case that did not involve killing. Drug peddling or smuggling does not, even remotely, come close to this standard. While some drugs can cause dependence, that condition can be treated. Internationally, it is well accepted that drug offences are not the ‘most serious crime’ for which the death penalty may be one of the possible punishments. Like the ‘rarest of rare’, the concept of ‘most serious crimes’ refers to intentional acts of killing or the taking of life. This is not just the understanding of human rights experts or bodies, but also the International Narcotics Control Board (INCB) – the agency that oversees drug control globally, which has encouraged countries to consider abolishing the death penalty for drug offences.

The death penalty is an absolute violation of the right to life and when imposed for drug offences, also violates constitutional and international legal norms.

It appears that your demand for the death penalty has been prompted by the increasing number of deaths in the State due to drug overdose. Deaths due to opioid overdose are preventable; with timely medical intervention and the administration of Naloxone – an essential medicine. It if the fear of criminal prosecution under the NDPS Act that prevents people from seeking help and/or reaching out to save precious lives. The death penalty is not the answer.

Compliance with the law, as it stands

As it stands today, the NDPS Act is one of the most strict and draconian laws in the country. With sentences starting from a minimum of 10 yrs rigourous imprisonment – upto 20yrs, extended pre-trial detention, bar on granting bail, suspension and commutation of sentence, presumption of guilt and reversal of burden of proof, the law is heavily weighed against the accused. And yet, according to news reports, over the past 6 months, over 900 persons have been acquitted in NDPS cases in the State. The reason for this is non-compliance of the procedure for search, seizure and forensic examination prescribed under the NDPS Act.This lacunae, cannot be overcome by introducing the death penalty.

In view of the above, we urge you to reconsider and take back your proposal on the death penalty for ‘drug peddling’.