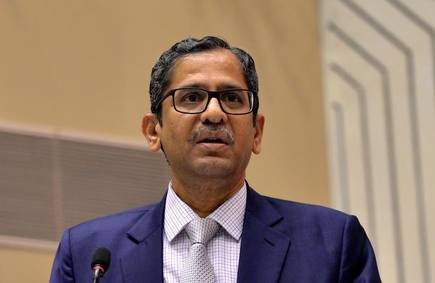 The Executive Committee of SCAORA in its virtual meeting passed a resolution condemning the letter of the CM and its release in the press. The resolution said:

“The SCAORA condemns the act of the unwarranted release of the said letter on 10.10.2020 in a press conference, to be lacking in propriety and not in accord with the High Office of the Constitutional functionary involved, as it tends to scandalise and breach the independence of the judiciary,”

DHCBA also passed a scathing resolution against the CM of Andhra Pradesh. The resolution called the writing of the said letter and its circulation in the public domain a dishonest attempt at overawing the independence of the judiciary.

It recorded in the resolution that Justice Ramana, who is next-in-line to become the CJI, has been one of the most virtuous judges with the highest level of integrity.

SCWLA also expressed its angst and disappointment at the letter of the CM and called it a precipitous and irresponsible act that is highly improper.

SCBA strongly condemned the action of the Chief Minister in releasing to the public his letter to the CJI making certain allegations against the senior-most judge of the Supreme Court.

“Such actions by constitutional functionaries are opposed to conventions causing serious inroads, impacting the independence of the judiciary as enshrined in the Constitution of India”, said the resolution passed by the Executive Committee of the SCBA.

BCI termed the releasing of letter to the media as a “clear conspiracy to malign and scandalise judges” and “a move to shake the confidence of the public in the institution of Judiciary“.

Speaking to The Leaflet, senior advocate Indira Jaising said that in her opinion there has been a major Constitutional impropriety by the CM as he is the head of the Executive of a State.

Jaising added that in a federal system, CM should write to the Governor who would in-turn write to the President if he were to allege misconduct by a judge.

“It is a dangerous precedent,” she said.

The Leaflet also approached Senior Advocate Mohan Katarki for his comments on the CM’s letter. Katarki said the Chief Minister of a State, who is an accused in a criminal case, should not have written the letter straight to the CJI recklessly complaining against a senior judge of the Supreme Court. This is, Katarki said, in complete breach of constitutional decorum.

The proper procedure for the Chief Minister in a situation like this is to approach the Governor with his complaint and request him to take up the matter with Union Law Minister and CJI, Katarki added.

The Leaflet also spoke to Advocate on Record (AoR) Sunil Fernandes. He said if the state government had any grievances, it should have raised it on the judicial side, by filing appropriate petitions before the Supreme Court against orders that the state government is aggrieved by.

“Submitting this letter to the CJI is not only inappropriate for a person holding constitutional office but also not the correct remedy for the alleged grievances,” Fernandes added.

The letter came after a bench led by Justice Ramana directed that the trial of all MLA and MPs who are facing charges under the Prevention of Corruption Act be expedited.

The Leaflet has sought the reaction to the letter and allegations from CJI S A Bobde, Justice Ramana, and Chief Justice of the Andhra Pradesh High Court J K Maheshwari. The story will be updated when their comments are received.