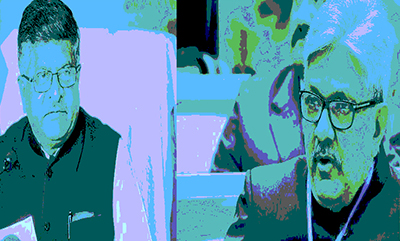 Law ministry is not a post office: Ravi Shankar Prasad

Union Minister for Law and Justice, Ravi Shankar Prasad, has once again reiterated on Monday that the Government of India, particularly, the Ministry of Law, “is not a post office”, when it comes to the appointment of judges. Prasad said the Collegium created through judicial decision has given the right to the government to seek reconsideration of the former’s recommendations and to give inputs in such matters. He added that the ministry would continue to give its views to the Collegium “gently and respectfully”.

Govt of India or Law Ministry is not just a post office. Even in the collegium system created by judgments of 1993, 1998, 1999, & 2015 right of the Govt to seek reconsideration & give inputs. We shall continue to give our views to collegium, gently & respectfully. pic.twitter.com/c220upcwZW

The minister has also tweeted out snippets of his his speech at the inauguration of the National Conference on Centrally Sponsored Scheme for judicial infrastructure.

His remark has come in the wake of the controversy surrounding the unilateral segregation of the name of Justice K M Joseph, who was recommended alongwith Indu Malhotra by the Supreme Court Collegium on January 10, 2018. However, the government, after sitting on the file for more than three months, notified on April 26, 2018 of the appointment of Senior Advocate Indu Malhotra as a judge of the Supreme Court, while withholding name of Justice K M Joseph from the file and returning it to the Collegium for reconsideration.

As per the existing Memorandum of Procedure on the appointment of judges to the Supreme Court, the Union Minister of Law, Justice and Company Affairs, after receipt of the recommendation of the Collegium (consisting of CJI and four senior most judges) communicated to him by the CJI, is required to forward the recommendations to the Prime Minister, who is in turn supposed to advise the President in the matter of appointment. As soon as the warrant of appointment is signed by the President, the Secretary to the Government of India in the Department of Justice announces the appointment and issues the necessary notification in the Gazette of India.

It is pertinent to note that the Law Minister, in his letter addressed to the CJI and dated April 26, 2018, had cited “all-India seniority” of High Court judges as an excuse, among others, to say that the name of Justice Joseph be “reconsidered”.

File is with the Collegium

Ever since the Government sent back the name of Justice K M Joseph, the file containing his name is with the Supreme Court Collegium. The Collegium met on May 2, 2018 to “reconsider” the case of Justice Joseph, in view of the letter from the Law Minister, but the meeting got deferred. Further, the Collegium assembled once again on May 11, 2018 and unanimously agreed  in principle that the name of Justice Joseph should be reiterated. However, the Collegium also added a rider saying that the reiteration pertaining to Justice Joseph should accompany the recommendation of the names of other High Court chief justices for elevation as judges of the Supreme Court, for which detailed discussion was required.

Thereafter, the Collegium met just once before the courts broke for the summer vacation. In the May 16, 2018 meeting, the Collegium issued a note stating that a unanimous view was expressed that there ought to be further deliberation and broad-based consideration of the names of the Chief Justices as well as other Judges of those High Courts that are at present not represented in the Supreme Court.

Since then, there has not be any meeting of the Collegium, and the name of Justice Joseph is in a limbo, hanging in the uncertain space between the judiciary and the executive.

PIL against segregation of Joseph’s name

A retired district judge from Maharashtra, G D Inamdar, on April 28, 2018 moved the Supreme Court against the government’s move of holding back the name of Justice Joseph. In his PIL, he prayed for a “warrant of appointment with respect to Justice Joseph”, along with a direction to the Centre to “immediately act on the recommendation of the Collegium” in order to uphold the “institutional integrity and independence of Indian judiciary”.

He stated that it was not permissible to segregate the name of one of the two recommendations while approving the other. This PIL is yet to come up for hearing before the apex court.