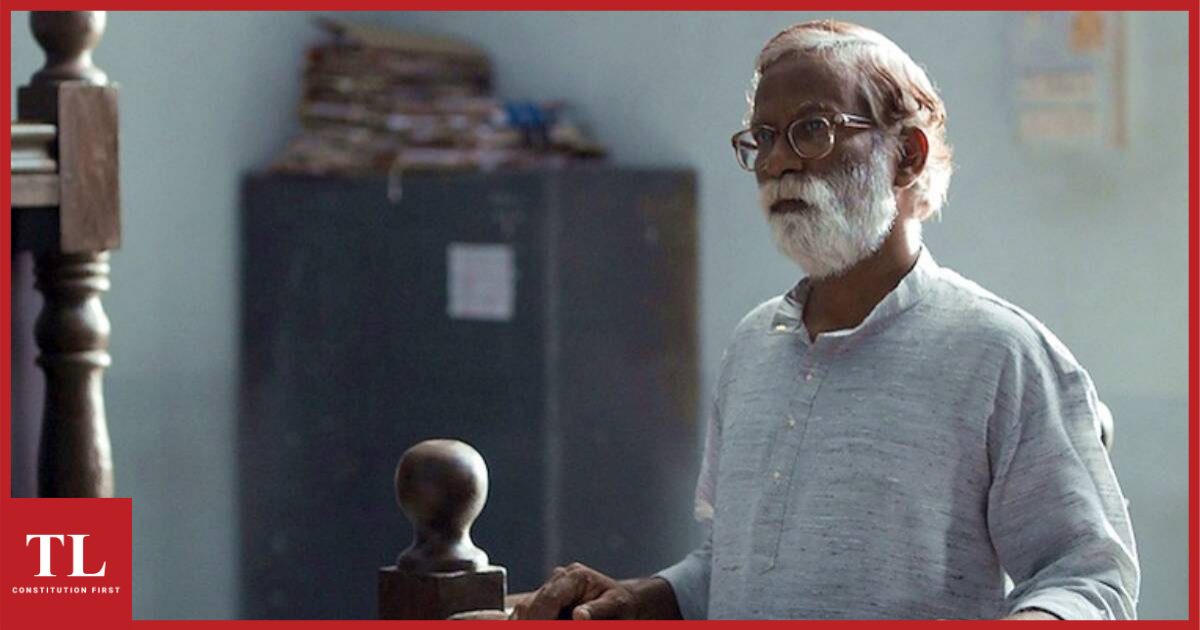 Vira Sathidar, a life-long cultural activist and the actor from the critically acclaimed  Marathi film ‘Court’, passed away on Tuesday morning due to Covid-19 related complications at a hospital in Nagpur.

Sathidar came to be widely known for playing the part of a folk singer in the national award-winning film ‘Court,’ directed by Chaitanya Tamhane. In the film that portrays the near-impossible quest for justice for the marginalised, Sathidar plays the character of Narayan Kamble who is accused of encouraging a sanitation worker to commit suicide through one of his folk songs.

Interestingly, in real life too, Sathidar was similar to the character of Narayan Kamble, a folk singer who sang protest songs. Sathidar, a poet-activist, was the convener of Indian People’s Theatre Association (IPTA), Nagpur chapter, and the editor of Marathi magazine Vidrohi, which focuses on cases of social inequalities.

Sathidar, speaking to the Indian Express after the release of his film ‘Court’, contended that the popularity he received from working in the film would only strengthen his activism. He also said that playing the character of Narayan Kamble was not difficult for him as he had first-hand experience of the lacunas in the justice system.

The poet-activist was first booked in an electricity theft case in Nagpur in 2005, for which he had to deal with the police and the court for four years. Then, in 2006, he and his son were booked under the stringent Unlawful Activities Prevention Act (UAPA) for selling books with “objectionable” literature. Later, the police filed a closure report in the case.

According to the 2015 report in the New Indian Express, Satidhar had said that was being hounded by Nagpur police for alleged Maoist links even after ‘Court’ won him critical acclaim and the film was nominated for Oscars. He said that the police had raided his house and seized his books several times while trying to book him in ‘fake cases”.

Earlier, at the Vidrohi magazine, his close colleague Sudhir Dhawale, who is also an editor of the magazine and a Dalit activist, was arrested for his alleged links with Naxalites. Dhawale was acquitted by the court after three-and-a-half years in Nagpur jail.

As one who lived a life speaking against the establishment and struggling against caste oppression, Sathidar was intricately involved in the Ambedkarite movement in Maharashtra.

In an interview with Indian Cultural Forum in 2017, Sathidar said that since his very childhood, he had known what caste discrimination was and he also experienced caste-based atrocities. He explained that when he was growing up, he saw the Republican Party of India leading several protests on the question of land along with communists. He was also inspired by Marathi singers who sang songs on B R Ambedkar and his teachings. Sathidar also recalls his journey into movements over Dalit and labour rights, starting with his participation in the Bombay mill workers’ strike. Sathidar also underlines the influence of the literature written by Dalit authors and poets and Maharashtra’s traditional folk performances such as Tamasha and Dandar.

“When I came into protest movements, especially labour and Dalit movements, and when I was also briefly associated with the Dalit Panthers in the beginning, we used to use street plays and songs as weapons in our struggle to organise people and also hold meetings. Songs and plays used to be the weapon in our movements, and we are still using these weapons,’ Sathidar said in the interview.

The Left-Ambedkarite activist also claimed that despite having worked in films he did not consider himself an actor, as the larger society understands actors. He also underlined the need for a ‘people’s cinema’ as opposed to the corporate-funded films that present the society with dominant values of capitalism.