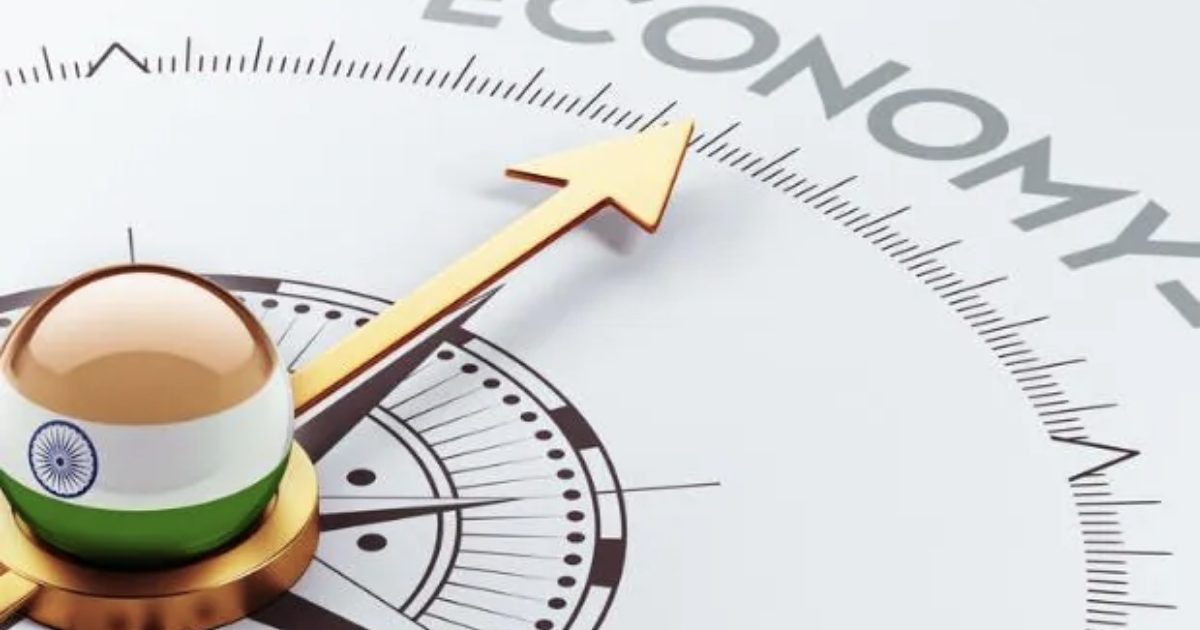 Examining the state of the Indian economy on the eve of the Union Budget, PRABHAT PATNAIK explains why the economy and large sections of the population are in duress, and what is needed to pull them out of the current vortex of inflation, stagnation, and a widening of the fiscal deficit.

THE Indian economy is currently caught in a vicious spiral of inflation, stagnation, and a widening of the fiscal deficit. And this spiral is set to become even more vicious because inter alia of developments in the world economy.
Even before the current omicron wave, the rate of GDP [gross domestic product] growth projected by official estimates for 2021-22 over the previous year was 9.2 per cent; but the previous year itself had witnessed a 7.3 per cent contraction because of the pandemic. Hence even if the official projection turns out to be true, the GDP in 2021-22 would be higher than in 2019-20 by only 1.22 per cent, that is, India would barely recapture its 2019-20-level GDP in 2021-22; but because of the omicron virus, even this will not happen and our current year GDP is likely to still remain below that of 2019-20.
Moreover, whatever recovery of real expenditure over 2019-20 has occurred in the current year has not been in the sphere of household and government consumption, which means that there have been additions to capacity in the interim, even as consumption has remained lower than in 2019-20. This must entail a decrease in the degree of capacity utilisation, in which case the current tempo of investment will not be sustained. Hence, the level of the investment itself will decline, which will further accentuate the decline in consumption (because of the multiplier) so that even this level of GDP growth relative to 2019-20 will not be sustained.

Thus, the recovery we are witnessing, apart from being utterly meagre, is not even sustainable. Some call it a K-shaped recovery as opposed to a V-shaped one; but whatever it is called, it is clearly a recovery constricted by reduced purchasing power in the hands of the people.
Also read: Union Budget 2021: Puzzle at First, then a Rude Awakening
There are, however, two distinct factors operating here. One is pandemic-specific: during the pandemic-induced lockdown when the working people had no incomes but had to survive without any help from the government, they got into debt. When some recovery occurs and they start getting some income, one of their first priorities naturally is to pay back the debt, for which they economise on consumption. The multiplier effect of investment and government expenditure, therefore, becomes much less than is usual, and such restricted consumption pulls down investment. This alone would be enough to push the economy into a stunted recovery unless the government either spends extra amounts to compensate for this, or puts purchasing power in the hands of the people through transfer payments that have been widely demanded by political parties, academics and civil society organisations.

Faulty fiscal strategy, and its implications

The second factor is quite independent of the pandemic and has to do with the fiscal strategy of the government that was evident even before the pandemic. This strategy consists in giving tax concessions to the rich, in the name of stimulating investment, and balancing such concessions through a rise in indirect taxes on the working people, so that the fiscal deficit does not widen any further and international finance capital is kept happy. The union government did away with the wealth tax in 2016; admittedly it was not fetching much revenue even then, but doing away with it was a signal. Then, in 2019 the government, through an ordinance, reduced the corporate tax rate from 30 per cent to 22 per cent. The revenue foregone through such measures was sought to be recovered through higher indirect taxes, notably on petro-products. Let us look at the implications of such a strategy.
Also read: Budget 2022: Crude Expression of Anti-People Agenda
Let us for simplicity assume that the fiscal deficit is zero to start with and that this is the target that finance capital wants India to maintain. If the government gives away Rs. 100 by way of corporate tax concessions and wants to raise an exactly equal amount through indirect taxes on a range of goods consumed by the working people, then this immediately raises the prices of such goods; that is, inflation immediately follows. Since the monetary incomes of the working people have not increased, they will consume less of these goods since their real purchasing power has gone down. Because of such reduced consumption, unsold stocks will pile up, and to liquidate such stocks, the output will be cut. Hence inflationary recession will be the immediate fall-out of this fiscal strategy.
But with the reduction in output, the tax revenue raised through indirect taxation will be less than Rs. 100, so there will still remain a fiscal deficit compared to the initial situation when it was zero. Hence, there will be a combination of inflation, recession and a larger fiscal deficit, exactly as we find in India today.
But that is not all. Because of reduced output owing to higher indirect taxes, the level of capacity utilisation would have come down, and capitalists will cut down their investment plans as the magnitude of unutilised capacity increases. The initial handing over of Rs. 100 in the form of tax concessions to capitalists was justified by the government in the name of increasing the level of investment. But the outcome of this utterly misguided policy is precisely the opposite, i.e., a reduction in investment.
Also read: Deception in the Health Budget 2021-22
The niggardliness of government fiscal support to the working people during the pandemic-induced lockdown, which contrasts with what every other prominent capitalist power had done, including the United States and the European Union, has thus been superimposed on a longer term perversity in fiscal policy that was in the process of producing larger unemployment, increased inflation, greater impoverishment of the working people, and lower investment levels than would have been the case otherwise.

The union government did away with the wealth tax in 2016; admittedly it was not fetching much revenue even then, but doing away with it was a signal. Then, in 2019 the government, through an ordinance, reduced the corporate tax rate from 30 per cent to 22 per cent. The revenue foregone through such measures was sought to be recovered through higher indirect taxes, notably on petro-products.

The vicious spiral in which the economy is currently caught is also the result of a perverse fiscal strategy that the government has been pursuing for some time, which has no rationale whatsoever. On the occasion of the Davos summit, several American billionaires have asked, of their own accord, to be taxed more, not because they are “patriotic” as the media calls them, but because they are aware of the deadly social consequences of rapidly growing wealth and income inequalities for the system they preside over; at this very time, however, the Modi government, whose constitutional obligation is to check the growth of such inequalities, is doing precisely the opposite to please its crony Indian billionaires. Likewise, its actions in reducing corporate tax rates are in complete contrast to the US President Joe Biden’s administration’s effort to raise more tax revenue through the corporate tax, for which it lobbied hard with foreign governments to have a minimum agreed international rate in order to check evasion.
Also read: Getting Budget 2021-22 Right is Easy: Government Should Just Listen to Citizens
Of course, such a perverse fiscal strategy was already evident in India before the Modi government came to power; the preceding United Progressive Alliance government too was keen to boost the “animal spirits” of the capitalists through tax concessions, so that they could invest more; but Modi has carried this strategy much further forward. It threatens to become even more constricting because international oil prices are currently rising and are expected to reach $100 a barrel soon, which will exacerbate inflation, worsening the recession both through a further curtailment of real purchasing power in the hands of the working people and through the pursuit of anti-inflation contractionary policies by the government.

What is needed at present is larger government expenditure, on transfers to the working people, and on public education and public health which empower the working people. For such larger expenditure, resources have to be raised through greatly increased taxation of the rich. In other words, what is needed is a reversal of the perverse fiscal strategy that the government has been pursuing so far.
Also read: In post-Covid world, India must fix its broken tax structure to achieve social and economic justice
This would generate a virtuous spiral. Demand would pick up in the economy because greater purchasing power is put into the hands of the working people, and also greater spending by the government on education and health. This is quite unlike what happens when greater purchasing power is handed to the rich in the form of tax concessions: they neither spend much of it on consuming domestic goods (both because their consumption at the margin from an income of an extra rupee is low anyway, and also because it “leaks out” in the form of import demand), nor invest any of it (since investment is determined by other considerations like the degree of capacity utilization and not by how much resources the rich possess).

The vicious spiral in which the economy is currently caught is the result of a perverse fiscal strategy that the government has been pursuing for some time, which has no rationale whatsoever. … What is needed at present is larger government expenditure, on transfers to the working people, and on public education and public health which empower the working people. For such larger expenditure, resources have to be raised through greatly increased taxation of the rich.

Quite apart from the direct economic implications of such a strategy, in terms of the recovery of the economy and its getting out of the vicious spiral, it would also entail a strengthening of democracy in the country through greater empowerment of the working people. But will the Modi government take these obvious and necessary steps in its coming budget? (IPA Service)
Courtesy: People’s Democracy
(Prabhat Patnaik is a Marxist economist and political commentator, and a former professor of Economics at the Jawaharlal Nehru University, Delhi. The views expressed are personal.)