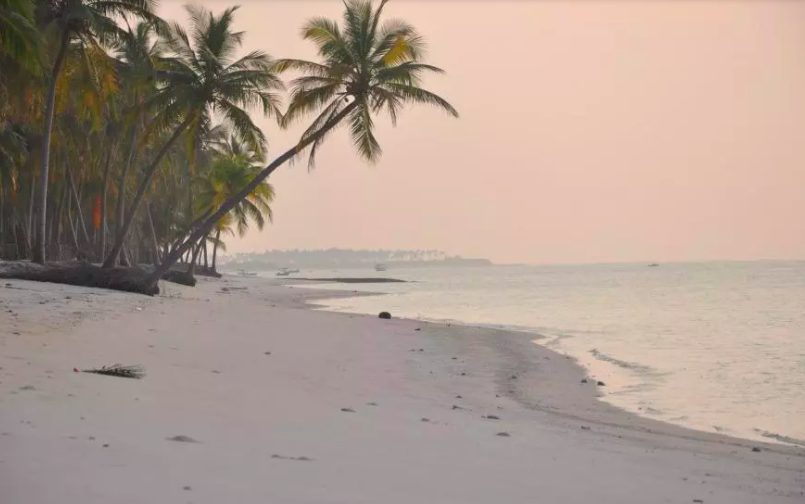 The howl of protests at the clutch of proposals mooted by Lakshadweep Administrator, Praful Khoda Patel, across several parts of India, as well as from within the local community,  demonstrates growing rejection of the Bharatiya Janata Party’s hegemonic politics in regions outside the party’s core electoral base.

The opposition to Patel’s needless draft regulations which seeks to impinge on the fragile archipelago’s ecological balance as well as its people’s traditions and culture, brings to fore the BJP’s political dilemma; the more the party attempts to consolidate its core supporters by universalising hardline Hindutva policies, it is faced with amplified resentment in regions where people are opposed to sectarianism.

This move in Lakshadweep, initiated by a former minister in Narendra Modi’s government in Gujarat when he was chief minister, has been opposed across the political spectrum, including within the BJP. The outcry against Patel’s steps underscores that the proclivity for exporting the so-called ‘Gujarat model’, more an instance of majoritarian imposition, than being development oriented in essence, is a manifestation of ill-timed hubris birthed in minds of power-intoxicated political leaders.

A brief reference needs to be made of Patel’s political background to comprehend why he embarked on needless and excessively intrusive intervention within months of taking charge of the union territory that is known for its social tranquillity and economic parity in society.

Paradoxically, in a party that harps against dynasticism in politics, Patel owed his entry into politics to family connections; his father was a Rashtriya Swayamsevak Sangh (RSS) functionary who patronised Modi in his early years. Consequently, in 2007, Patel secured election to the state Assembly in 2007 and when Amit Shah was forced to resign following accusations in the fake encounter cases, Modi inducted Patel into his council of ministers. In this period, he handled a slew of portfolios, including the all-important Minister of State for Home.

Although Patel failed to secure re-election in 2012, his continued loyalty to Modi paid dividends and secured for him the job of Administrator for Daman and Diu in 2016, and later Dadra and Nagar Haveli, when the two separate UTs were merged to become one single administrative territory. In December 2020, Patel was allocated additional charge of Lakshadweep. In the past five months, he has visited the archipelago barely on a few occasions for a couple of days each.

Patel concluded that despite extremely limited exposure to the people and their lands, he was sufficiently armed with knowledge and insight to understand what was necessary and appropriate for the territory and its population. His style replicates that of the BJP leadership, most importantly Modi, who assume that a single administrative and a unitarist political regimen is suitable across the country.

The clutch of proposals and regulations that Patel seeks to introduce, span the hyperbolic model of smart cities, wide highways, formation of a non-participatory development authority, and developing tourism, coupled with political measures including ban on consumption, slaughter, trade and transportation of beef and making the two-child norm mandatory for panchayat body aspirants and introduction of Goonda Act.

Each of these follow a top-down feudalistic approach to administration in the garb of democratic functioning, in which the ‘king’ or his ‘proxy’ decides what is ‘good’ for the people and their land, without ever taking their viewpoint into consideration.

The paradox is that while Patel prioritised introduction of new rules and regulations, he neglected paying attention to what was the utmost need after he took over the job. Because he is a politician at heart, that, too, a person who worked in close proximity with the Modi-Amit Shah power duo, Patel did not focus on management of the COVID-19 pandemic as his predecessor, the retired bureaucrat, Dineshwar Sharma, had done prior to his death in December 2020.

From a territory that was a green zone last year during the first wave of the pandemic, the number of those who tested positive registered a significant spike which still continues unabated, after Patel altered norms. Inexplicably, he did away with the compulsory quarantining of people coming from the mainland and ordered acceptance of a negative report of the RT-PCR test.

The change in COVID-19 protocols ordered by Patel, when framed against the draft regulations he has seeking to introduce, bares the mindset of a coloniser who has come to ‘regulate’ a people and their territory. Development projects in which the local populace will have no partnership are likely to be handed over to connected companies and soon the land where there is currently no disparity and has no poverty to speak off, shall become a region divided between the exploiters and the exploited.

As it happens in most cases where needless development has been pursued to suit interests of outsiders, in Lakshadweep, too, the present inhabitants shall be reduced to being the subjugated lot while those from outside the UT and a handful of local associates, will form the lot of ‘developers’. But given the local resistance, even from the BJP unit in the UT, Patel’s proposals are unlikely to secure substantial local backing.

Not surprisingly, national security has been cited as one of the reasons behind the mooting of these proposals. It has been made out that the UT’s infrastructure must be developed swiftly due to the increased Chinese engagement with Sri Lanka and Maldives. The strategic location of the UT has been cited to justify the blueprint that Patel has mooted.

The intention to develop Lakshadweep as a major tourism destination to rival Maldives, however, is at cross purposes to develop infrastructure so as to enable military presence. Furthermore, the plan to ease liquor norms, and allow sale and consumption of alcohol is contradictory to the ban on beef.

The drive to ban beef is a ploy to pander to demands of the BJP’s Hindutva constituency, just as the introduction of the two-child norm for election candidates furthers the falsity of existence of a conspiracy behind higher nationwide fertility among Muslims with the aim of eventually reducing the Hindus to being a minority in India.

Patel’s action have to be seen within the framework of how nominees of the Centre constantly impose Centre’s will, often riding roughshod over elected representatives in states and UTs. Patel’s move is a part of the chain that includes the change in the governance structure in Delhi and the repeated indiscretions of West Bengal’s Governor, Jagdeep Dhakhar, whereupon he tramples upon conventions of federalism with backing of the Prime Minister.

Furthermore, the proposal to introduce the Goonda Act in Lakshadweep, a land with one of the lowest crime rates, is actually an expression of the Centre’s anger towards the local people for their opposition to the Citizenship Amendment Act.

Caught as it is, within a massive quagmire owing to multiple reasons from the inept handling of the COVID-19 situation, the mess over vaccines, and rising resentment of people, the Centre would do its cause good by withdrawing the proposals, most importantly the draft Lakshadweep Development Authority Regulation.

This must be backed by recalling Patel from Lakshadweep and appointing a retired official who is not politically motivated.