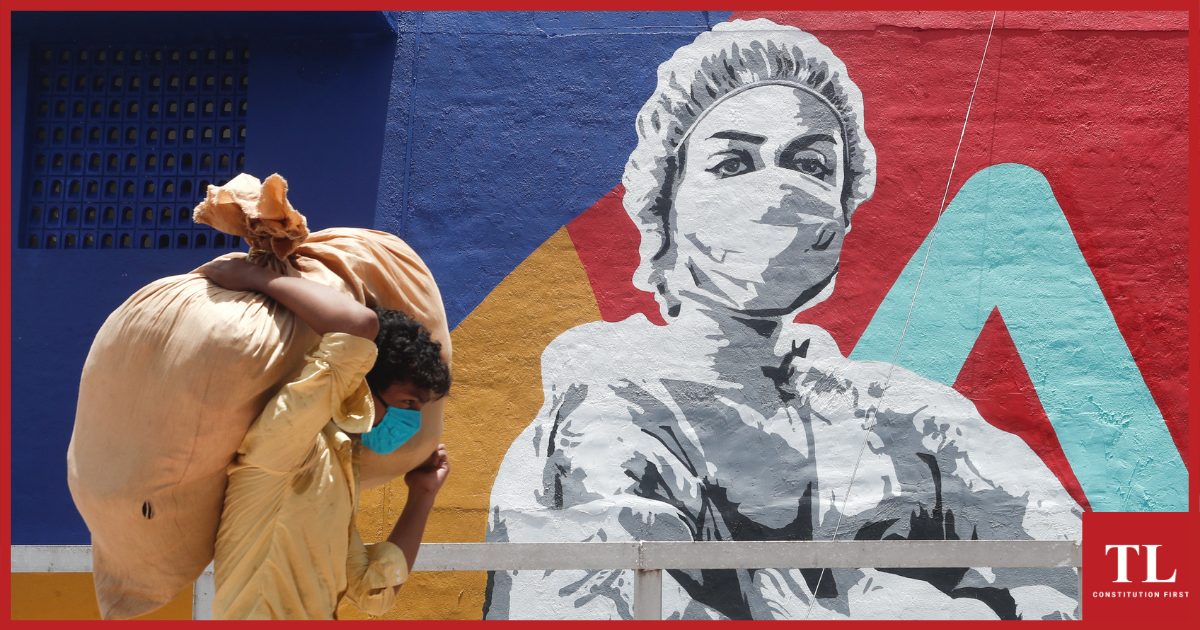 Domestic workers are the worst hit segment in the labour market during the one and half years of the COVID-19 crisis. Even ten years after the adoption of the Domestic Workers’ Convention, they have been fighting for legal recognition, equality, decent remuneration and working conditions, and social security. The pandemic has further exposed their continued vulnerabilities, writes DR. GYAN PATHAK.

MANY in India may have first-hand knowledge about the exploitative attitudes of the majority of people who employ domestic workers at very small wages, taking benefit of their helplessness. A significant number of domestic workers are women who work only to ensure the survival of their families. Most of them are illiterate and choose household work in the absence of any better employment.

When the country was put under lockdown last year, many were asked by their employers not to report for work putting them in perilous conditions. This was a tragic story for every domestic worker because of the lack of any social security in India.

Domestic workers suffer because of Covid-19 and the lockdown

The condition of domestic workers all over the world has been more or less similar. The report released on the tenth anniversary of the historic International Labour Organization (ILO) Convention has highlighted how domestic workers are still fighting for recognition.

Though the Convention recognised their labour rights, these workers and essential service providers were having a tough time getting their work acknowledged. Working conditions for many have not improved in a decade and have been made worse by the COVID-19 pandemic, the report emphasised.

Migrant domestic workers suffered the most when they lost their jobs.

As in most regions, domestic work is done largely by women in Asia and the Pacific which works out to about 78.4 percent. Obviously, women domestic workers suffered more than their male counterparts. The region is also the largest employer of male domestic workers accounting for 46.1 percent, about 8.3 million.

At the height of the crisis, job losses among domestic workers ranged from 5-20 percent in most European countries, as well as Canada and South Africa.

In the Americas, the situation was worse, with losses amounting to 25-50 percent. Over the same period, job losses among other employees were less than 15 percent in most countries.

Data from the report indicates that 75.6 million of the world’s domestic workers accounted for 4.5 percent of employees worldwide who have suffered significantly. This has in turn affected households that rely on them to meet their daily care needs.

The report said that the COVID-19 pandemic has exacerbated working conditions that were already very poor. Domestic workers were more vulnerable to the fallout from the pandemic because of the long-standing gaps in labour and social protection. This particularly affected more than 60 million domestic workers in the informal economy.

What’s done, and what needs to be done?

A decade ago, the adoption of the landmark Domestic Workers Convention, 2011 was hailed as a breakthrough for the tens of millions of domestic workers around the world – most of whom are women. Since then, there has been some progress – with a decrease of more than 16 percentage points in the number of domestic workers who are wholly excluded from the scope of labour laws and regulations.

However, a large number, around 36 percent, of domestic workers remain wholly excluded from labour laws. It points to the urgent need to close legal gaps, particularly in Asia and the Pacific and the Arab States, where the gaps are largest.

Domestic work remains a female-dominated sector even now, employing 57.7 million women, who account for 76.2 percent of domestic workers. While women make up the majority of the workforce in Europe and Central Asia and the Americas, men outnumber women in the Arab States and North Africa who are about 63.4 percent and makeup just under half of all domestic workers in Southern Asia which is about 42.6 percent.

The vast majority of domestic workers are employed in two regions. About half, 38.3 million, can be found in Asia and the Pacific – largely on account of China – while another quarter, about 17.6 million, are in the Americas.

The COVID-19 crisis has highlighted the immediate need for action to provide legal and social security to domestic workers for all regions across the world. (IPA Service)