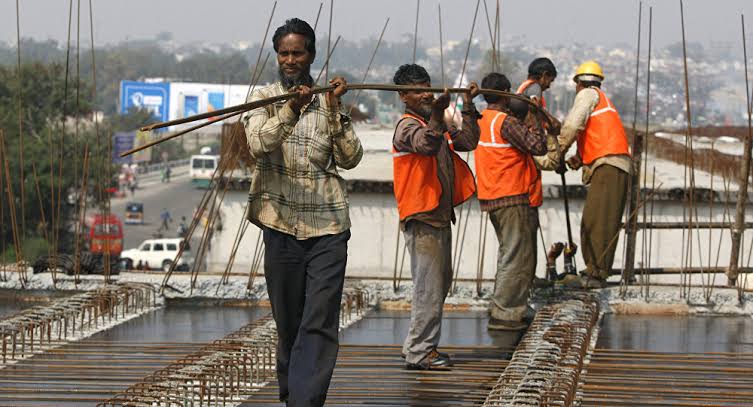 The Leaflet·April 1, 2021
Home
Due Process
Democracy and Rule of Law

The four Labour Codes will not come into effect from April 1 as states are yet to finalise the relevant rules, which means that there will be no change in take home pay of employees and provident fund liability of companies for now.

Once the wages code comes into force, there will be significant changes in the way basic pay and provident fund of employees are calculated.

The ministry had even finalised the rules under the four codes.

“Since the states have not finalised the rules under four codes, the implementation of these laws are deferred for the time being,” a source told PTI. According to the source, few states had circulated the draft rules. These states included Uttar Pradesh, Bihar, Madhya Pradesh, Haryana and Uttarakhand.

Since labour is a concurrent subject under the Constitution of India, both the Centre and the states would have to notify rules under the codes to bring those into force in their respective jurisdictions.

Under the new wages code, allowances are capped at 50%. It means half of the gross pay of an employee would be basic wages. Provident fund contribution is calculated as a percentage of basic wage, which includes basic pay and dearness allowance.

The employers have been splitting wages into numerous allowances to keep basic wages low to reduce provident fund and income tax outgo. The new wages code provides for provident fund contribution as a prescribed proportion of 50% of gross pay.

The employer would get some more time now to restructure salaries of their employees as per the new code on wages.

Trade unions and workers have been protesting against the codes. Earlier in March the All India Kisan Sabha, All India Agricultural Workers’ Union and Centre of Indian Trade Unions organised a Martyrs’ Memorial Farmers-Workers March on March 23, Martyrs’ Day, opposing the Centre’s “anti-people” and “pro-corporate policies”.

A national protest day was organised against the codes in December 2020. Subsuming about 25 existing laws, the process of codification of the labour laws has been flayed by the union for relaxing regulations to benefit employers.

Three labour codes on industrial relations, social security and occupational safety and health were passed in the last Monsoon session of Parliament.

In a meeting with the government in January this year, the joint platform of Central Trade Unions had demanded that the Labour Ministry put on hold the four labour codes and start fresh discussions with the unions on each code in the “true spirit of bipartite and tripartite consultations”. In a statement, the Central Trade Unions had said: “We do not accept this meeting as consultation but a farce to camouflage consultations.”