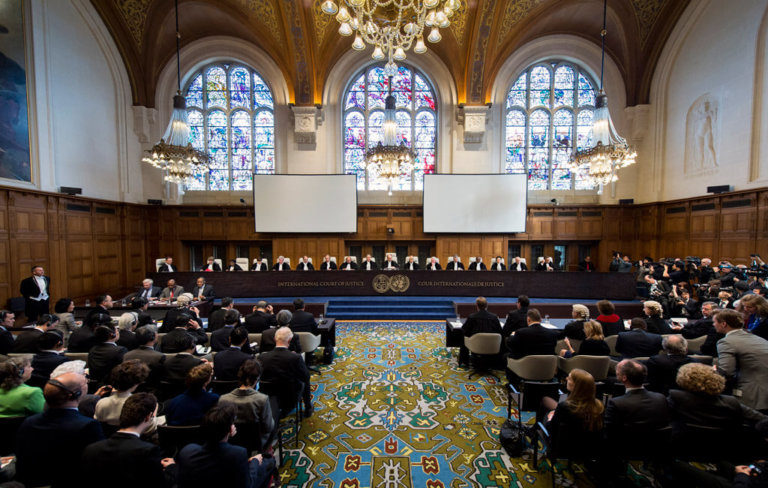 Kulbhushan Jhadav case: Lessons we can learn from the video recorded proceedings from the International Court of Justice

The Supreme Court of India for its part has recently permitted evidence in a criminal trial to be recorded on an experimental basis in a few courts and is awaiting a report on the experiment. The Hon’ble Chief Justice of India and the Hon’ble Prime minister of India have also recently spoken about the setting up of e-courts in the country as a method of reducing pending litigation and introducing transparency. We have several systems of e-courts that are successfully functioning in other countries and jurisdictions to choose from. One major benefit of this system, which could be introduced even in our existing system, is transcription of court proceedings. The court proceedings are recorded electronically verbatim and transcribed instantly.
The transcripts can be made available to the parties of the proceedings at the end of the day much like an ordinary copy of a court order is available currently in India. There are serious advantages of this system for all – the judges, lawyers and parties to the litigation. Since every word of the arguments get recorded, transparency and clarity are inherent. This brings ease when a case is taken in appeal or an order is up for review. Counsel too benefit by having details of arguments recorded for the next day’s preparation in the case. The litigants have complete clarity on their case even if not present in court. A win-win for all !! With the availability of technology this system would be an excellent way to introduce e-systems in courts and then finally live / video recording of court proceedings. I have had the benefit of appearing in a court proceedings at the Supreme Court of British Columbia where this system has been very effective.

Advocate Jamshed Mistry practices as a Counsel at the Bombay High Court and Supreme Court of India and is an associate member of the Canadian Bar Association.

This article was first published on the Mumbai Mirror.