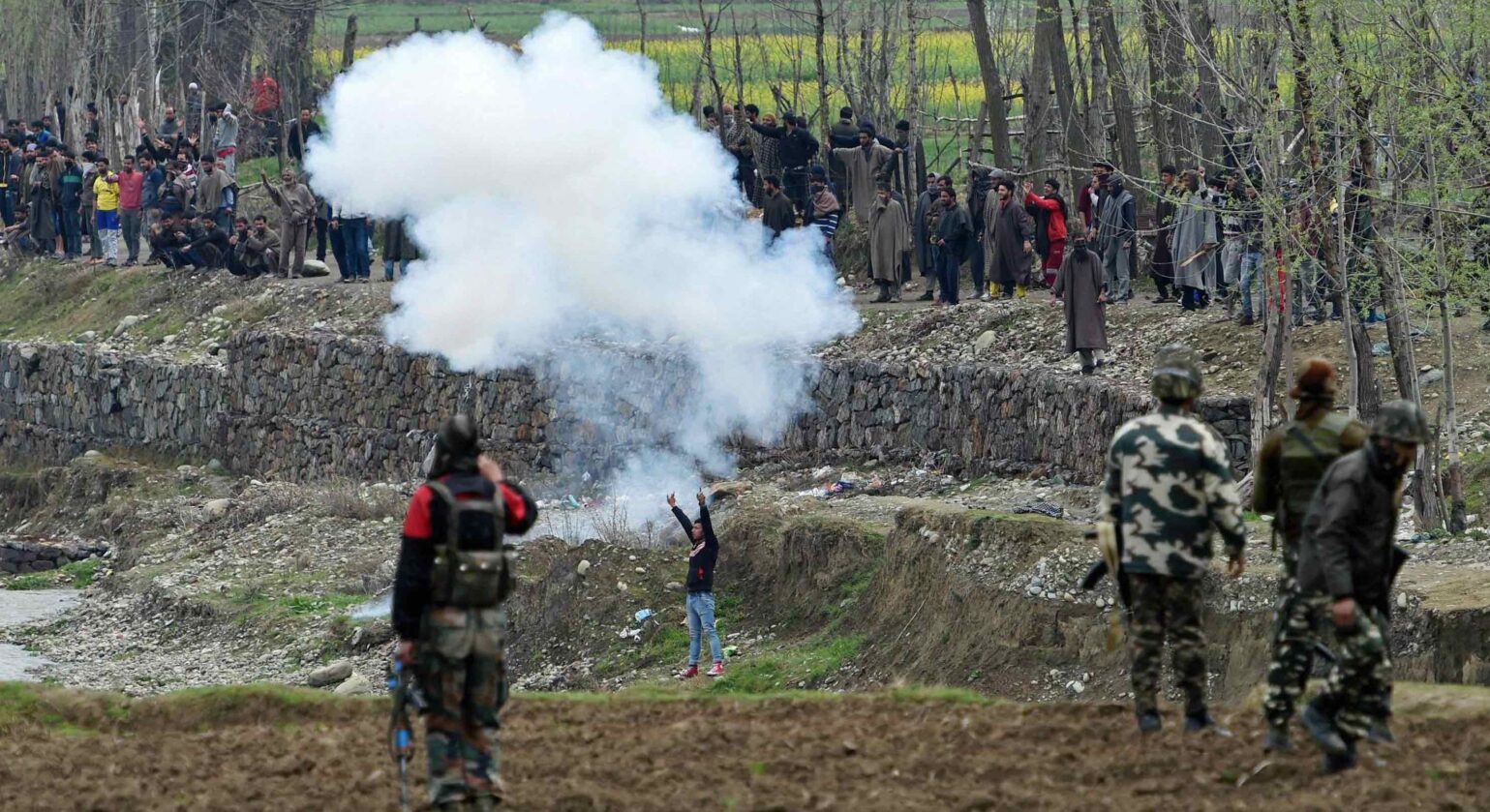 Budgam: Local protesters try to disrupt an anti-militant operation at village Durbugh in Chadoora area of central Kashmir's Budgam district on Tuesday. One militant and three civilians were killed in the operation. PTI photo by S Irfan
Human RightsKashmirLaw and ConflictLead OpinionPolitics

Killings at the border: Lives along Line of Control still in great peril despite surgical strikes

[dropcap]T[/dropcap]here was a report of one Indian Army and one BSF jawan being killed in ceasefire violation by Pakistan about a week back. Cross-border firing is a regular phenomenon, especially along the Line of Control in Jammu and Kashmir. There were several such violations in the month of November and another jawan was killed on November 11, in similar cross-border firing, besides a soldier being killed and three injured a day prior. A civil porter was also killed in the incident.

Standard response from the Army spokesperson to such loss of life is that “the Army retaliated effectively” and martyrdom of jawan “will not go in vain”.

Less than three months ago, the country had celebrated the second anniversary of the “Surgical Strikes”. Jury is still out on whether these strikes achieved their strategic and tactical objectives. However, there was no letup in ceasefire violations by Pakistanis nor have the activities of militants stopped. Pakistanis appear to have retaliated with their own surgical strikes. Some estimates suggest that the numbers of cease fire violations have increased by 500% since the surgical strikes.

Caught up in the rhetoric of “ek ke badle das sar layenge”, the Government, faced with the ground reality is finding it difficult to live up to expectations of public which are further aroused by the overhyped surgical strikes. This has resulted in aggressive action on the LoC and equally strong retaliation.

While we cannot let the aggression by Pakistanis go unpunished, continued disturbance on the border cannot be a long-term strategy. Repercussion of such a policy has to be analysed properly.

My own experience in Samba has been that both the opposing forces are capable of giving as good as they get. Hence, thinking amongst policy-makers that Pakistan will stop ceasefire violations or get subdued by our retaliation or surgical strikes, betrays an inability to read the enemy’s mind.

Grandstanding about surgical strikes could have been avoided. Public pronouncement of the strikes and resultant aggressive retaliatory actions by the Pakistanis has in fact put authorities under more pressure. On one hand, expectations of masses have been raised, and on the other, the locals living along the border are finding their daily life totally disrupted due to daily exchange of fire.

The injured force personnel and families of those martyred in the line of duty are adequately cared for by the Government. However, border residents are not that fortunate and their travails rarely get the attention they deserve.

Unlike Security Force personnel, the civilians are neither trained to react appropriately to fire, nor are they protected by fortified bunkers. Resultantly, they and their livestock suffer causalities.

On the border, one can see many houses with bullet marks created by enemy fire. Causalities are often caused to people going about their daily routine inside their house as the walls are not strong enough to prevent piercing by bullets or rocket launcher projectiles. The number of civilians killed during 2002 and 2003 was about 80 and 53 respectively. During 10 years of ceasefire, the causalities came down to only four. Number of civilians dead and injured from July 2014 till now is already much higher than the levels of 2002 and 2003.

It would be reasonable to assume that the figures of dead and injured Pakistani civilians would also be at similar levels.

Heavy firing compels border residents to relocate to safer places. Some residents are even known to have constructed underground bunkers in their houses. The humans can relocate but it is not always possible to relocate cattle and many fall prey to the enemy bullets.

Border residents are easy target in fields. Farming activity therefore gets severely restricted during firing, adversely affecting the livelihood and income of border residents. Effect is even worse when the standing crop cannot be harvested leading to heavy economic loss.

Even though compensation is given for the tangible loss of life/injury to humans, cattle and even the crop, yet it is never adequate to cover for the entire loss nor is it timely. The loss in terms of intangibles like education, dislocation and loss of peace of mind can perhaps never be compensated.

Education of children gets affected by firing and since the roads are under enemy observation and fire, those who study in rear areas also can’t commute.

Continued disturbance on borders plays havoc with the life of residents. Such dislocation of their life and causalities caused is worrisome. Further, keeping the 200 km International Border in Jammu alive is in the interest of Pakistan as it strengthens their claim of this also being a disputed border like the Line of Control.

We will have to, therefore, calibrate our response to restore peace and tranquility on border to enable locals to lead a normal life. We cannot have a situation where the border population continues to suffer in perpetuity.

[The author is a Retired Additional Director General of Border Security Force.]

Also read: Jungle raj in UP: What the killing of Inspector Subodh Kumar means for India’s police force