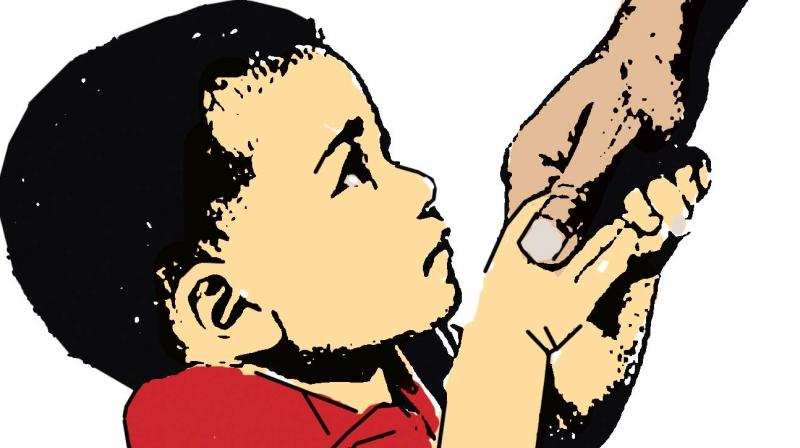 Kerala mother's battle for custody of her child: Law vs. Patriarchy

The saga of a 22-year-old unwed mother fighting for custody of her child in Kerala is an example of justice being derailed due to collusion by the upholders of the law and the political powers-that-be. It is a telling commentary on the patriarchy and moral hypocrisy that prevails in a state that prides itself on its progressiveness, writes SANTOSH KUMAR.

ANUPAMA S. Chandran’s new born baby was taken away from her by her parents on the third day of her delivering the child by caesarean section in October 2020. The parents, both members of the ruling Communist Party of India (Marxist), did not want the community to know of their daughter’s “illegitimate” child.
They belong to higher strata of society than her child’s father, a Dalit Christian and a married man at the time when Anupama became pregnant. They told her the child was being handed over to the state child welfare authority for care and would be duly returned to her once she recovers.
The parents had apparently got Anupama to sign an affidavit proclaiming that the child was being taken away with her consent. Then for the next five months or so, Anupama was forcibly confined at home with no contact with the outside world, including with Ajith Kumar, the father of her child.
Anupama and Ajith were active members of the student and youth wings of the CPI(M). They had met and fallen in love while agitating for social justice under the banner of progressive Students Federation of India and the Democratic Youth Federation of India. The baby came along before they could formally legalise their marriage.
Had it not been for a Malayalam channel Asianet, Anupama’s travails and her fight for justice would not have come to light. It was after she personally appeared in front of their cameras that a stunned Kerala came to know of her plight. For, she had been knocking at every door available in front of her since April this year.
“All were involved. Attempts were made to terminate the pregnancy. Though I was down with COVID-19 and helpless, they (parents) did not succeed in their attempts. While returning from delivery, they took away the baby… I wanted to be reunited with my baby. But they cheated me and handed over the child to the Child Welfare Council. They made fake documents after threatening me,” Anupama said.
She has not so far revealed how she managed to break out of her ‘house arrest’.
She belongs to a family which has communist lineage.  Her grandfather was a pioneer of the communist movement in Thiruvananthapuram district in which the locality where she lives, Peroorkada falls. She approached the CPI (M) district secretary, Anavoor Nagappan, to make her parents return the baby. Nagappan, however, told her to go back to her parents. The Kerala Child Welfare Committee told her that the child had already been adopted.
Nothing happened till the TV channel broke the story. However, the version of her parents, the police, the child welfare committee, the CPI(M) and the government are replete with contradictions.
Also read: Child born in a live-in-relationship must be treated as a child born to a married couple for purposes of adoption under Juvenile Justice Act: Kerala HC

The authorities haven’t bothered to hear the version of the mother or father of the child. As per Section 80 of the Juvenile Justice (Care and Protection of Children) Act “If any person or organisation offers or gives or receives any orphan, abandoned or surrendered child, for the purpose of adoption without following the provisions or procedures as provided in this Act such person or organisation shall be punishable with imprisonment…” The Child Welfare Committee appears to have sided with Anupama’s parents.

Once Anupama aired her tear-jerking story on television and followed it up with a one-day protest fast on October 23 in front of the State Secretariat, the police, the Child Welfare Committee, the party and the government swung into action.
After six months, the police agreed to file an FIR, but refrained from taking further action, till they obtained legal opinion.
Also read: SC orders states/UTs to take strict action against NGOs and individuals indulging in illegal adoption of children orphaned by Covid

What courts have said

Meanwhile, a family court has stayed the adoption of the child, after directing the Child Welfare Committee to file an affidavit on how the child came into its custody, before it was adopted, even while permitting the child to be in the custody of the adoptive parents. The Kerala high court has refused to give any relief to Anupama, who moved a habeas corpus petition demanding the custody of her child, saying that the family court is seized of the issue.
“As per Child Welfare Committee (CWC) the child is with a couple in Andhra Pradesh. There is no illegal custody as of now…So you can either withdraw the petition or we can dismiss it. We do not want to dismiss the plea,” the court said, following which Anupama has withdrawn her habeas corpus petition.
In another development, the First Class Additional District Sessions Court in Thiruvananthapuram granted anticipatory bail to five accused in the case. These include Anupama’s mother, sister and brother-in-law.
Nagappan claimed that Jayachandran had gone hiding, and that the party would take disciplinary action against him.  Journalists, however, reported to have noticed Jayachandran’s presence at a party local committee meeting. In the State Assembly, Health Minister Veena George stoutly defended the Child Welfare Committee and said there were “no lapses” on its part.
“On October 23 last year, two children were found at the Child Welfare Committee at 12.45 am and 9 pm. The children received in such a manner are considered abandoned. The Child Welfare Committee had acted as per law on the matter,” the minister said. She also stated that the complaint given by Anupama was being investigated.
Chief Minister Pinarayi Vijayan has not made any statement on the issue, though he was present in the Assembly when the matter came up for a short discussion.
The absence of legal clarity on the adoption of the child notwithstanding, the ruling party and the state government are apparently indifferent to the right of a mother, who questions the status of adoption, to seek the custody of her child.
Anupama may or may not get her child back. But her case will remain a big scar on the conscience of Kerala.
(Santosh Kumar is a senior journalist having worked with The Economic Times, The Telegraph, Newstime and Deccan Herald. He has contributed to The Sunday Guardian and The Telegraph on matters concerning Kerala and Tamil Nadu. The views expressed are personal.)