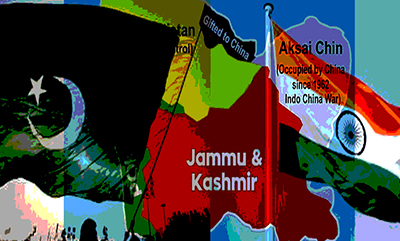 The Kashmir merry-go-round: Fallacies of the ‘Talk to Pakistan’ bogey and the OHCHR report

[dropcap]W[/dropcap]e must talk to Pakistan: this was the parting shot of Mehbooba Mufti as the Chief Minister of the State of Jammu and Kashmir, on the day she stepped down. She was merely echoing what the separatist Hurriyat Conference has been saying all along — talk to Pakistan.

There are some sections in India too which urge that India should talk to Pakistan.

“Talk to Pakistan”: I have heard this refrain ad nauseam. This piece is not dedicated to the question whether we must or must not talk to Pakistan. Rather I am of the view that the time is ripe to decide exactly what we do want to talk to Pakistan about and then figure out if we want to talk to them about that or not. Let us first cull out the areas in which talks can actually happen. Let us decide a broad agenda. Else of what use are the “talks”?

Here is a list of issues that India is NOT going to talk to Pakistan about:

Here is a list of issues that Pakistan is NOT going to talk to India about:

Should talks happen because the Hurriyat’s masters across the border want it to happen? Or, do we expect anything substantial? Should talks take place because this will be seen as a climb down from India’s current “terror and talks can’t go hand-in-hand with each other” stand, thereby giving an important diplomatic and moral victory to Pakistan, and a corresponding egg on India’s face?

Pakistan too insists on “talks”. But what does it plan to talk about, it has not specified or delineated till date. What is new that it will bring to the table? What are the areas that have not been discussed in the earlier rounds of talks that it will talk now with India?

Formalising the status quo would entail Pakistan-occupied Kashmir becoming formally a part of Pakistan, and India forgoing its legal claims on that part; and the vice versa with regards to the part of Jammu and Kashmir under de facto Indian control

The way I see it, formalising the existing status quo is only possible (though not probable) solution at present. Such a solution, though unacceptable to many in India, will definitely find more vehement unacceptance in Pakistan. Formalising the status quo would entail Pakistan-occupied Kashmir becoming formally a part of Pakistan, and India forgoing its legal claims on that part; and the vice versa with regards to the part of Jammu and Kashmir under de facto Indian control. I am not the first one to talk about this as a possible solution. I won’t be the last. But, more importantly, none of the powers that be in the two countries are ready to even discuss this as a potential option.

Talk to Pakistan and the ‘Azadi’ conundrum

Therefore, while there are several elements in the Kashmir Valley which keep repeating “talk to Pakistan” ad nauseam, no one has any concrete idea or roadmap as to what are the possible grounds for the talks to happen. Moreover, the demands of the “pro-independence lobby” in Kashmir are clearly untenable — historically, legally and constitutionally.

When the British left India, the Indian Independence Act 1947 gave only two options to the princely states: merger with either India or Pakistan. Hence, despite having more than 500 princely states in undivided, pre-independence India — none of them are independent and sovereign nations. Jammu and Kashmir, too, was once a princely state: its options had to be relatable and exercisable within the ambit of the Indian Independence Act, 1947, i.e., merger with either India or Pakistan. Azadi was not and is not one of the options.[And there goes a crucial plank of the Azadi lobby, with due apologies to General Pervez Musharraf and Congress man Saifuddin Soz.]

As sovereign independent nations, India and Pakistan can always alter the terms of the Indian Independence Act and consider Azadi for the Kashmiris. But I have a feeling that it would probably snow in hell before Pakistan accepts and respects Kashmir’s independence

Of course, as sovereign independent nations, India and Pakistan can always alter the terms of the Indian Independence Act and consider Azadi for the Kashmiris. But I have a feeling that it would probably snow in hell before Pakistan accepts and respects Kashmir’s independence.

So, there is too much of divergence of views on all possible aspects of talks between the principal players. Their respective stances are well known and the talks will serve merely as a platform for reiteration of the same.

What if talks don’t happen?

And what if India doesn’t “talk” to Pakistan? Will it send more terrorists into Kashmir? More bombs, more weapons, more cash, more destruction? Knowing fully that this will evoke a corresponding action from India. Will Pakistan willingly contribute to such escalation of violence in which Kashmir and Kashmiris are the primary sufferers just because India refuses to talk to it? So much for considering Kashmiris as one of their own?

Curious case of the OHCHR report

And then we have the astounding recent report of the Office of the United Nations High Commissioner for Human Rights (OHCHR), published on June 14, 2018. One wonders whether those writing that report inhabit the same planet as you and I. Here are some of its fallacies:

On the ‘question of self-determination’

The OHCHR report does harp on the question of “self-determination” of Kashmiris, which I have already explained supra, as to why is it a non-starter. Furthermore, Section 3 of the Jammu and Kashmir Constitution, 1956, states that J&K is an integral part of India. So, there is no issue of “self-determination” left in Kashmir. It is not “Indian administered Kashmir”, but the “State of Jammu and Kashmir”. It is not “Pakistan administered Kashmir”, but “Pakistan Occupied Kashmir”.

Why hasn’t Pakistan vacated those lands and given them over to the UN? Wouldn’t that have been the most honest path to take, thereby creating immense diplomatic pressure on India to follow suit?

The United Nations resolutions are very clear. The condition precedent for a plebiscite or a referendum in Kashmir was/is that Pakistan withdraw its troops from areas occupied by it, hand them over to the UN, and only then a plebiscite was to/can be done under the aegis of UN. Why hasn’t Pakistan vacated those lands and given them over to the UN? Wouldn’t that have been the most honest path to take, thereby creating immense diplomatic pressure on India to follow suit? Why hasn’t Pakistan just held the plebiscite in their part of Kashmir? Rather than pumping in terrorists and bullets, wouldn’t this have been a wiser, impeccably more appreciable course of action, serving the interests of Kashmiris much better?

The UN resolutions have been rendered obsolete with the passage of time, especially in view of demographic changes in Pakistan-occupied Kashmir and lack of any proto-Article 370 law there. How can a deliberately engineered demographic change be now expected to uphold a free and fair plebiscite, as envisioned 60-70 years ago?

Truth is, the parties concerned have an intransigence on Kashmir. There is no scope for any meaningful discussion on any topic related to Kashmir, at present. Therefore, when we have political elements beating their chests and asking India to “talk to Pakistan” — rather than proffering the now stale excuse of “terror and talks cannot go together”, India should ask what are the areas on which talks can happen and if Pakistan is ready to walk the talk on those areas?

The purveyors of the talk-to-Pakistan plea are themselves clueless as to what topics can or must be discussed. Talk-to-Pakistan is a mindless, senseless slogan which insults the intellect of any self-respecting Indian.

Till Kashmir and the Pakistani state itself are both hostage to the Army-ISI-jihadists triumvirate, talks with Pakistan will yield little by way of any constructive result, except a photo-op which will be splashed on the front pages for a couple days and promptly forgotten couple of weeks later. Till Pakistan isn’t free from the vice-like grip of its “deep state”, there will never be any realistic chance of talks or enduring peace with between the two nations. Till then the subcontinent will continue to pay the price for the Quaid-e-Azam’s two-nation theory.