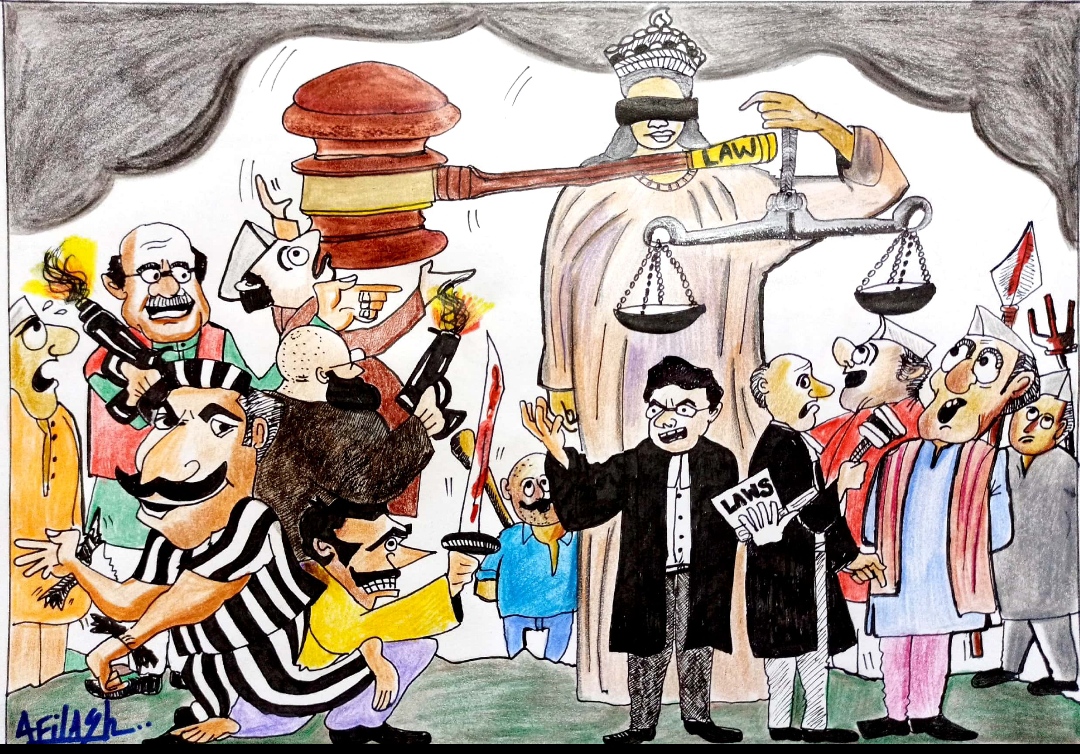 The Government of Karnataka has decided to withdraw 62 criminal cases registered against politicians. The accused in these cases include sitting MLAs and MPs.

The government has taken the move against the advice of the Director-General & Inspector General of Police, the Director of Prosecution, and officials of the Ministry of Law. It is worrisome that these cases include serious offenses, such as causing hurt to public servants, deterring public servants from discharging their duties and rioting with dangerous weapons.

Section 321 of The Code of Criminal Procedure, 1973 confers power on the Public Prosecutor, or the Assistant Public Prosecutor, to withdraw prosecution of the accused with the consent of the court in which the proceedings are pending. If the withdrawal is allowed, then it has the effect of an acquittal after charges have been framed, or discharge, if charges have not been framed.

Karnataka’s Law Minister claimed that the withdrawal of these cases was in public interest and would reduce the burden on courts. This is a problematic justification that trivialises some of the cases that are being withdrawn.

There is no legislative intent to confer the power to try or withdraw cases on state governments, as the power has been consciously vested in the prosecutors. Uttar Pradesh has deviated from this scheme by amending Section 321. It requires the prosecutor to seek the state government’s approval, before seeking the court’s permission, to withdraw from prosecuting a case.

It is pertinent to note that while exercising the power to withdraw from prosecution, the prosecutor is expected to exercise discretion and independent judgment. The legislative intent is not to make the prosecutor a mere mouthpiece of the government. The Supreme Court has held that:

“The Public Prosecutor cannot act like the post office on behalf of the State Government. He is required to act in good faith, peruse the materials on record and form an independent opinion that the withdrawal of the case would really subserve the public interest at large. An order of the Government on the Public Prosecutor in this regard is not binding. He cannot remain oblivious to his lawful obligations under the Code.”

Thus, when it is clear that the Government of Karnataka’s decision to withdraw cases has been taken against the advice of officials, the prosecutors ought to refuse to blindly obey the diktat of the government.

“It is expected of the court to consider the material on record to see that the application had been filed in good faith and it is in the interest of public interest and justice. Another aspect the court is obliged to see is whether such withdrawal would advance the cause of justice. It requires exercise of careful and concerned discretion because certain crimes are against the State and the society as a collective demands justice to be done.”

The morale of the public servants will be adversely affected if politicians, who assault them and endanger their lives, are not punished.

Karnataka’s Law Minister claimed that the withdrawal of these cases was in public interest and would reduce the burden on courts. This is a problematic justification that trivialises some of the cases that are being withdrawn. For instance, in one of the cases, M P Pratap Simha has been accused of ramming his official vehicle into barricades and injuring police officers who attempted to stop him from joining a procession that was not permitted by the police. This happened in full public view and was telecasted by the media. Withdrawing this case amounts to condoning a blatant violation of the law and spells out that an elected representative can get away after hurting public servants and deterring them from discharging their duties.

The morale of the public servants will be adversely affected if politicians, who assault them and endanger their lives, are not punished.

It is deplorable that the power to withdraw cases from prosecution has been used as a tool to create a class of citizens who may go scot-free, merely by virtue of their political affiliations.

As a result, the principle of equality before law enshrined in Article 14 of the Constitution has taken a beating.

Additionally, the government’s meddling with criminal trials is a transgression of the principle of separation of powers.

Prosecutors and courts in Karnataka have a duty to resist attempts by the state government to subvert the criminal justice system and remind the accused politicians- “Be you ever so high, the law is above you”.