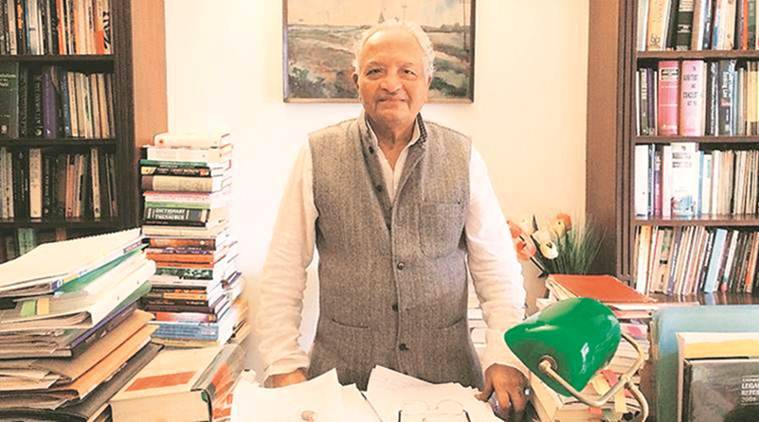 JUSTICE P B SAWANT WAS AN INSTITUTION

Former Supreme Court judge Justice PB Sawant, 90, passed away on February 15. He practised as an Advocate in the Bombay High Court and Supreme Court of India since 1957 in all branches of law. Justice Sawant was appointed judge of the Bombay High Court in 1973 and from there he was elevated as judge of the Supreme Court on 1989 where he served till 29.6.1995. Post his retirement, Justice Sawant has been associated with various social movement and worked for the marganalised. Senior Advocate INDIRA JAISING pays him homage recalling her association with the legendary judge.

HIS bittersweet smile never failed to amaze me each time I appeared in his court, first in the High Court and later in the Supreme Court of India. It is something I will always remember.

There was something intimidating about his smile. He would test you out for your commitment to the Rule of Law,  with a touch of skepticism about lawyers. When a judge says “Yes…”, you know you have lost his attention! And Justice Sawant had a way of saying that all too often. But as time passed, a bond developed and mutual respect, for those who took up the cause of the oppressed.

When Justice Sawant was a High Court judge, he chaired a Commission to conduct an investigation into the Air-India Boeing 707 crash at Mumbai Airport in 1982. I had an opportunity to appear before him, on behalf, of the workers in a trial where witnesses were cross-examined on highly technical issues of aviation. The late Gulam Vahanvati represented Air India and later went on to become the Attorney General for India.

This close look at Justice Sawant left me with a feeling that he was a friend on the Court, a friend of oppressed sections of society,  a friend of the working classes. But with judges, you can never be sure since we do not have access to them while they are judges. Rules of conduct prevent lawyers from socialising with judges and more particularly talking about their judgements.

While I have appeared before Justice Sawant on many occasions, the one case which left a lasting impression always has been the Indra Sawhney case which challenged the government’s order making reservations for Other Backward Classes (OBSs) by the V P Singh led NDA Government. Amazing arguments were made by an amazing Senior Counsel challenging the reservations as being unconstitutional. They framed the issues as being “ Can reservations be made on the basis of caste” though a plain reading of the Mandal Commission Report would show that that the reservations were not based on caste alone but on the backwardness of caste.

The most classical arguments came from the late Nani Palkhiwala, whose one-liners were famous. He said, “But my Lord, the Constitution of Indian abolished caste”. Really?  In an atmosphere when young students were committing suicide on the streets of Delhi, he expected this argument to pass off as a progressive one before this Bench. Justice Sawant was not impressed by this argument. It was not caste that was abolished but some of its discriminatory effects.

I was amused by this one liner but worried that the notification may be stuck down, but Justice Sawant said: “Yesss.. next ….” The argument had only to be stated to be rejected, as we can see, caste is alive and kicking, only its discriminatory aspects have been addressed in the Constitution in the abolition of Untouchability in Article 17 and yet untouchability is alive and kicking all around us.

There are many other judgments with which Justice Sawant is credited, the Airwaves judgment (1995) in which Justice Sawant held that the airwaves or frequencies are a public property and the right to impart and receive information is a species of the Right to Freedom of Speech and Expression guaranteed by Article 19 (1)(a) of the Constitution.

In yet another landmark case known as S. R. Bommai versus Union of India, Justice Sawant in his judgment held secularism as part of the basic structure of the Constitution. In this case, a nine-judge bench held that the President’s decision to impose Presidential Rule in a State is subject to judicial review.  The list of Justice Sawant’s crucial decisions can go on and on.

But judgments do not capture the essence of a person; words are not sufficient to capture a lifetime of work. So I have devised my own way of evaluating judges. I look at their post-retirement life. It’s the litmus test. Do they remain committed to justice after retirement? Or was being a judge nothing more than a paid job? We have had a tradition in this county of retired judges who have remained committed to justice till the end of their lives. Justice VR Krishna Iyer remained socially active till his last breath.

Justice Sawant belongs to that tradition. He along with the late Justice Krishna Iyer and late Justice Hosbet Suresh held a Citizens Tribunal into the causes and consequences of the pogrom in Gujarat in 2002. In the absence of judicial closure which is still awaited, it remains a definitive document on what happened in those dark times.

Justice Sawant too in his closing years stood by the masses. He was the convener of the Elgar Parishad held on 31st December 2017 and despite the fact that the organisers were accused of being “Urban Naxals “ and are being prosecuted under UAPA, he stood by them. It is a matter of shame that the Pune Police came to meet him for an “informal visit “ and later claimed that he had given a statement Under Section 161 of the CrPC , something he denied when it was brought to his knowledge. I know of few retired judges who would stand by those falsely accused of “terrorism” given the climate of victimisation prevailing in the country today.

And so, Justice Krishan Iyer and Justice P B Sawant have shown the way to a post-retirement life of judges- a life that will be remembered with love and affections by the oppressed people and those who support them, maybe he would be called a “andolanjeevi” today, a badge of honour.

He will be missed. It is a pity he did not live to see the conclusive defense of the Bhima Koregaon case.

(Indira Jaising is a senior advocate in the Supreme Court of India. The views expressed are personal.)