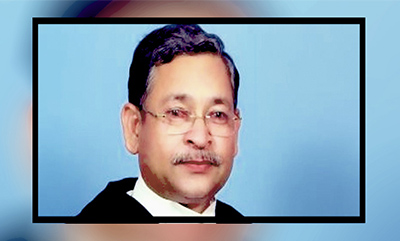 [dropcap]W[/dropcap]ithin a matter of days of the the Chief Justice of India, Dipak Misra, writing to the President of India (on February 2, 2018) recommending removal proceedings against Justice Narayan Shukla of Allahabad High Court, the latter too shot off a letter (on February 8, 2018) to the President in response to CJI’s correspondence.

In response to an RTI application filed on May 25, 2018, President Secretariat has informed RTI applicant Paras Nath Singh, that the letter from Justice Narayan Shukla was received at the President’s office on April 3, 2018, and that the same was put up to the President, Ram Nath Kovind on April 20, 2018. The President, the RTI reply indicated, decided to forward the letter from Justice Shukla to the Union Law Minister, Ravi Shankar Prasad, for appropriate attention to the representation made by the former.

The President Secretariat has, however, refused to disclose the contents of the letter of Justice Shukla after the latter informed the Secretariat to not disclose the same to the RTI applicant. Accordingly, the Central Public Information Officer (CPIO) decided to withhold the copy of letter stating that information requested by the RTI applicant related to personal information and therefore, it couldn’t be provided under section 8(1)(j) of the RTI Act, 2005.

Earlier, CPIO had sought views of Justice Shukla whether to disclose the information or not.

Acting on the report submitted by the in-house inquiry panel, the Chief Justice of India Dipak Misra, in terms of Clause 7(ii) of the in-house Supreme Court Resolution of 1997, wrote on February 02, 2018 to the President of India, with a copy marked to the Prime Minister, seeking Justice Shukla’s removal from office. Before approaching the President, the CJI even advised the concerned judge to resign, but he strangely refused to do so.

CJI then advised the Chief Justice of the Allahabad High Court not to assign any judicial work to the concerned judge. Since then the judge, though still in office, has been divested of any judicial work.