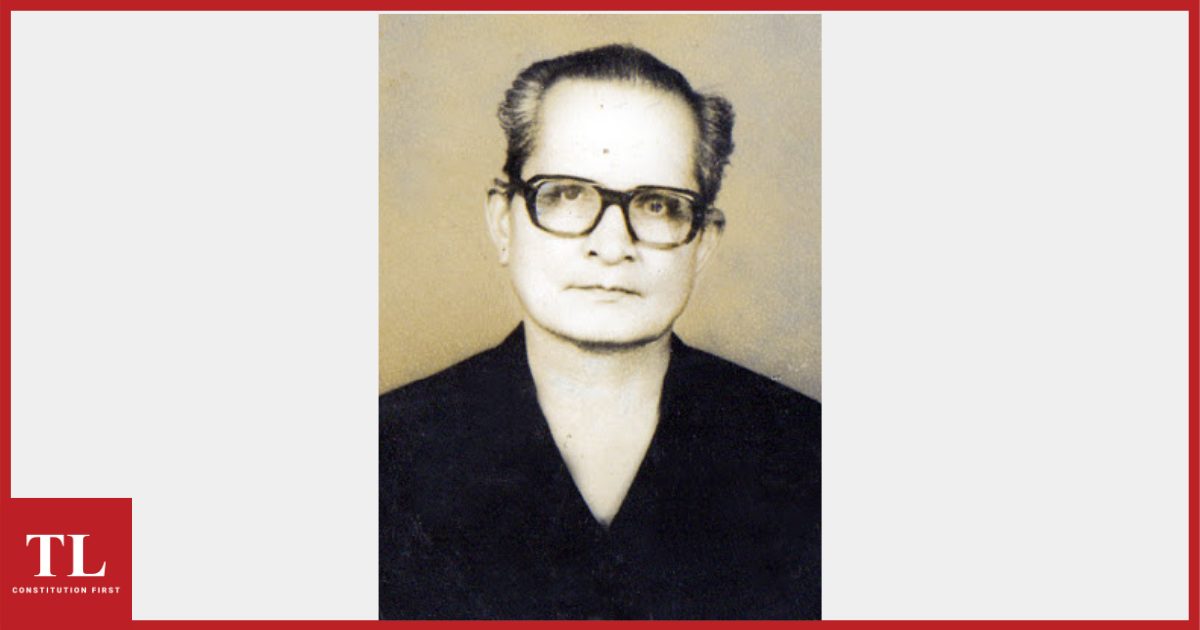 Illustrating the time-tested advice passed among lawyers’ circles – ‘know the mind of the judge and half the case is won’ JUSTICE YATINDRA SINGH fondly recalls an incident from the court of Justice Mahesh Narain Shukla.

“The life of the law has not been logic: it has been experience … even the prejudices which the judges share with their fellow-men, have had a good deal more to do than the syllogism in determining the rules by which men should be governed….”

Justice Oliver Wendell Holmes in his book ‘The Common Law’.

If a lawyer is to choose litigation over other workstreams, then that lawyer must be in the court every day – whether they have work or not. This is the best way, not only to understand ‘the prejudices which the judges share with their fellow men’, but to learn from the masters performing their art. After all, knowing the mind, or as Justice Holmes would say, understanding the ‘inarticulate major premise’ of the judge is important. But before I narrate an incident from the court of Justice Mahesh Narain Shukla (06.10.1923 – 28.10.2010) illustrating this point, here is his brief life sketch:

Justice Shukla did his initial schooling in Kanpur before joining Allahabad University, where he completed his graduation as well post-graduation in English. He missed his first division in graduation due to an illness, but was third in order of merit in his M.A.  He had mastery not only over English literature but also the Bhagvad Geeta. His English was immaculate and he was a very good speaker – it was always a pleasure to hear his speeches.

He had property that was let out, and was perpetually harassed by the tenants. This made him sympathize with landlords, and no landlord ever lost their case in his court. We waited for him to sit in rent control cases to argue for our landlord briefs.

He was very fond of tidbits about court stories, English literature, how one dressed, and how one pronounced certain words. One would always get his sympathetic ear if one were dressed in neat, clean and well-ironed clothes; pronounced words correctly; had some interesting tidbit, or referred in court to a literary piece relevant to the case.

Chapter V of the Indian Lunacy Act, titled ‘Proceedings in Lunacy outside Presidency-towns – Inquisition’, provided proceedings for declaring a person lunatic outside the presidency towns. These were conducted before the district court, and an appeal lay to the High Court from its order.

In the case before me, a woman had been declared to be a lunatic and confined to a mental asylum, and a relative of hers had been appointed guardian of her property. Often, these proceedings are initiated as a façade to grab property.

The woman was produced before the District Judge. The court, after observing that the woman was speaking nonsensical and irrelevant things, was declared to be a lunatic. I had filed the first appeal to that order. This case was taken up by Justice Shukla for admission in what is today known as Court Number 40.

Sir C.P. Ramaswami Aiyer was a famous lawyer, administrator and politician from Madras in the first half of the previous century. I began my arguments by narrating an incident from his life.

Sir C.P. was offered judgeship at the Madras High Court at a very young age. It was a time when judgeship was never refused, but Sir C.P. never wanted to be a judge. He declined the offer by writing a letter stating that he would prefer to talk nonsense for a few hours every day than to listen to nonsense every day and all day long.*

I narrated this story, adding ‘irrelevant’ along with ‘nonsense’ and said that if this could be the reason for holding a person lunatic, as had been done by the district court, then all lawyers may be lunatic.

Justice Shukla smiled and asked me if I had read ‘The Merchant of Venice’. We all knew his fondness for William Shakespeare. I don’t remember my reply, but it must have been inquisitive because he did tell me the story of how Bassanio (who wished to woo Portia) had described his friend Gratiano in Act 1, Scene 1 of the play:

”Gratiano speaks an infinite deal of nothing, more than any man in all Venice. His reasons are as two grains of wheat hid in two bushels of chaff: you shall seek all day ere you find them, and, when you have them, they are not worth the search.”

Needless to add, I got my stay order.

I often appeared before Justice Shukla; whenever I appeared I would check my pronunciation for every word that I would use, and try to narrate relevant interesting Shakespearean tid-bits or quotations.  I may not have got favourable orders every time but I always had my submissions patiently heard and appreciated.

A good lawyer must try to find out the preferences or prejudices of the judge. If you do, there is a high likelihood of getting a favourable order or at least being lent a sympathetic ear.

*There is an interesting offshoot to that letter by Sir C.P.. This is mentioned in his biography titled ‘Sir C.P. Ramaswami Aiyar – A Biography Perfect’ by Dr. Saroja Sundararajan.

”One of his [Sir C.P.’s] senior colleagues and close friends was vigorously lobbying for the vacant post on the bench, besides consulting his astrologer earnestly. Getting wind of the rumour that C.P. was offered the post, he rushed to the latter’s chamber to verify its veracity. “What does your astrologer say?” asked C.P. seeming to enjoy the visitor’s predicament. When the latter naively replied that the astrologer was certain of his getting the prestigious post, C.P. said much to the relief of his friend, “After all, your astrologer may be correct. I have declined the offer.” As a matter of fact, C.P. interceded on behalf of this friend, who secured the post.”

(Justice Yatindra Singh is a former Chief Justice of the Chhattisgarh High Court. He has also served as Additional Advocate General of Uttar Pradesh. The views expressed are personal.)