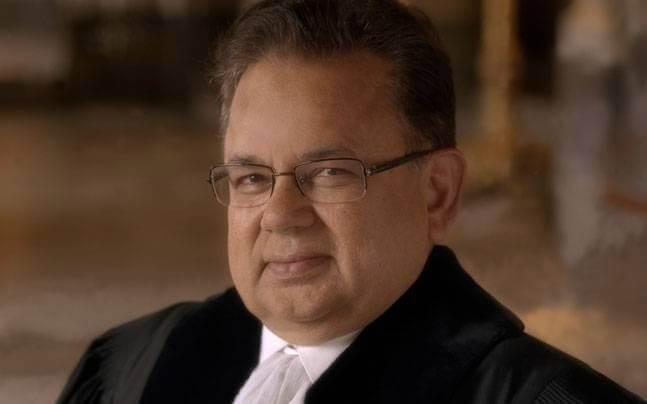 Justice Dalveer Bhandari re-elected to ICJ: the impact of this election for India

The International Court of Justice is the dispute resolution body of the United Nations. Contrary to popular belief it is not the highest court in the world. Its decisions are only binding on the countries who are parties to a case and in most cases the decisions aren’t automatically binding on the judiciary of those countries. Each country has its own peculiar method of incorporating international law within its domestic sphere. This results in the ICJ being a quasi-judicial and quasi-diplomatic body. The only entity authorised by international law to enforce its rulings is the Security Council.

The ICJ in some senses is a unique diplomatic body as the parties to a dispute submit their cases for adjudication before a panel of judges who may not be from their states, though the Statute of the Court provides that in cases where a party is not represented in the Court it may appoint its own judge to sit on that case. (Article 31) In most cases there is one judge from each of the States who are party to a dispute before the ICJ.

Though there may be certain factors that may drive a country to have its own representative at the Court. This arises from the election process. To be elected as a judge to the world court, the candidate in question must have a majority of the votes of both the General Assembly and the Security Council. The voting at the Security Council does not treat permanent and non permanent members differently (Article 10).

This results in a rare situation at the UN where both the permanent and non-permanent members get a chance to exercise similar diplomatic weight. Which may be why India is rejoicing at Justice Bhandari’s election. After several rounds of voting, there was a deadlock between the Security Council and the General Assembly. Justice Bhandari won at the General Assembly but the UK’s candidate Christopher Greenwood won the Security Council vote. The UK then withdrew Christopher Greenwood’s nomination, paving the way for Justice Bhandari’s elevation to the world court. The Guardian attributed the stalemate to the fact that many in the UK may have been a victim of resentment in the General Assembly against the special position and privileges enjoyed by the Permanent Members of the Security Council. It further attributed the loss to the UK’s increasing isolationist position post its withdrawal from the European Union and that the UK may have made a tactical move to improve relations with India, who would be a major trading partner post its withdrawn from the European Union.

On merits though the CV of Christopher Greenwood does read a lot better than Justice Bhandhari’s. Firstly, Christopher Greenwood has formal legal training in international law having obtained a first class LLB/LLM in International law from the University of Cambridge. He has also, as counsel, appeared before the Court in a variety of significant matters. His appearances also include cases before the European Court of Human Rights, the European Court of Justice and The Tribunal for the Law of the Sea among other forums.  Another factor that may have weighed on the mind of the General Assembly was that Greenwood issued a controversial opinion to the UK Government justifying the legality of the use of force in Iraq. Though this was no impediment for his first appointment.

One interesting thing that pops up from his CV though is that he has appeared and represented Pakistan at least twice. Both in Bilateral Investment Treaty Arbitrations. This may have been a factor in India’s opposition to his appointment.

Justice Bhandari’s CV is illustrious. He was a practicing counsel in India and was also Chief Justice of the Bombay High Court and was also a senior judge of the Supreme Court. Apart from which he has an LL.M from Northwestern University, Chicago. His CV also reads brilliantly when it concerns his achievements in improving access to legal aid and also judgements on social issues. However, when it comes to looking for specific expertise in International law, from a bare perusal of the CVs, it would appear that Greenwood would be the more qualified candidate.

One thing concerning Justice Bhandhari’s appointment though is that it could cast aspersions in the impartiality of the ICJ in deciding disputes. The Statue of the Court calls upon all judges to act in an impartial manner. Post the hearing on India’s request for provisional measures in the Kulbhushan Jhadav Case, Justice Bhandari gave an interview to the Indian Express wherein he expressed his views on outcome as well as the merits of the matter. Ordinarily, even in India, a judge would not make public comments on a matter that is currently pending.

His public comments regarding the merits of the dispute between India and Pakistan may raise questions about his impartiality. This is not unheard of in the ICJ. For example, in the case of Nicaragua v. the United States, the United States issued a communique stating that it could not present sensitive material to the court as the Court had Eastern Bloc judges sitting before it. [Case Concerning Military and Paramilitary Activities In and Against Nicaragua (Nicaragua v USA), [1986] ICJ Reports 14, 158–60 (Merits) per Judge Lachs.]

Many sensitive matters come before the ICJ. These matters sometimes will involve cases to which India is not a party but has a direct or indirect interest in their outcome. Especially maritime boundary disputes. China so far has not brought a single action before an international forum with reference to its disputes in the South China Sea. But if there is a case between Vietnam and China, India would have an interest given its close cooperation with Vietnam. India would also have an interest in self determination cases as they may have a direct impact on the situation in Jammu & Kashmir.

This is particularly why the ICJ judges should be not just impartial, but also should not act in a manner where they appear to be detached from the interests of their country of origin. Though in real terms as far as the Kulbhushan Jhadav case is concerned, having an Indian Judge on the Court may not yield much effect as Pakistan will also be permitted to nominate its member, and that member shall carry the same voting power as the other permanent judges of the Court when it comes to decision. But India may be wanting to rely on what has now come to be termed as “soft diplomacy”. Having a senior judge like Justice Bhandari on the court may allow India to indirectly exercise soft power in the matter. A power Pakistan doesn’t currently have.

So while his appointment is a great diplomatic victory for India for which the foreign service deserves full credit. It may not have been what was best for the world court in the long run.

Ajay Kumar is an Advocate at the Bombay High Court and an Associate at MZM Legal.