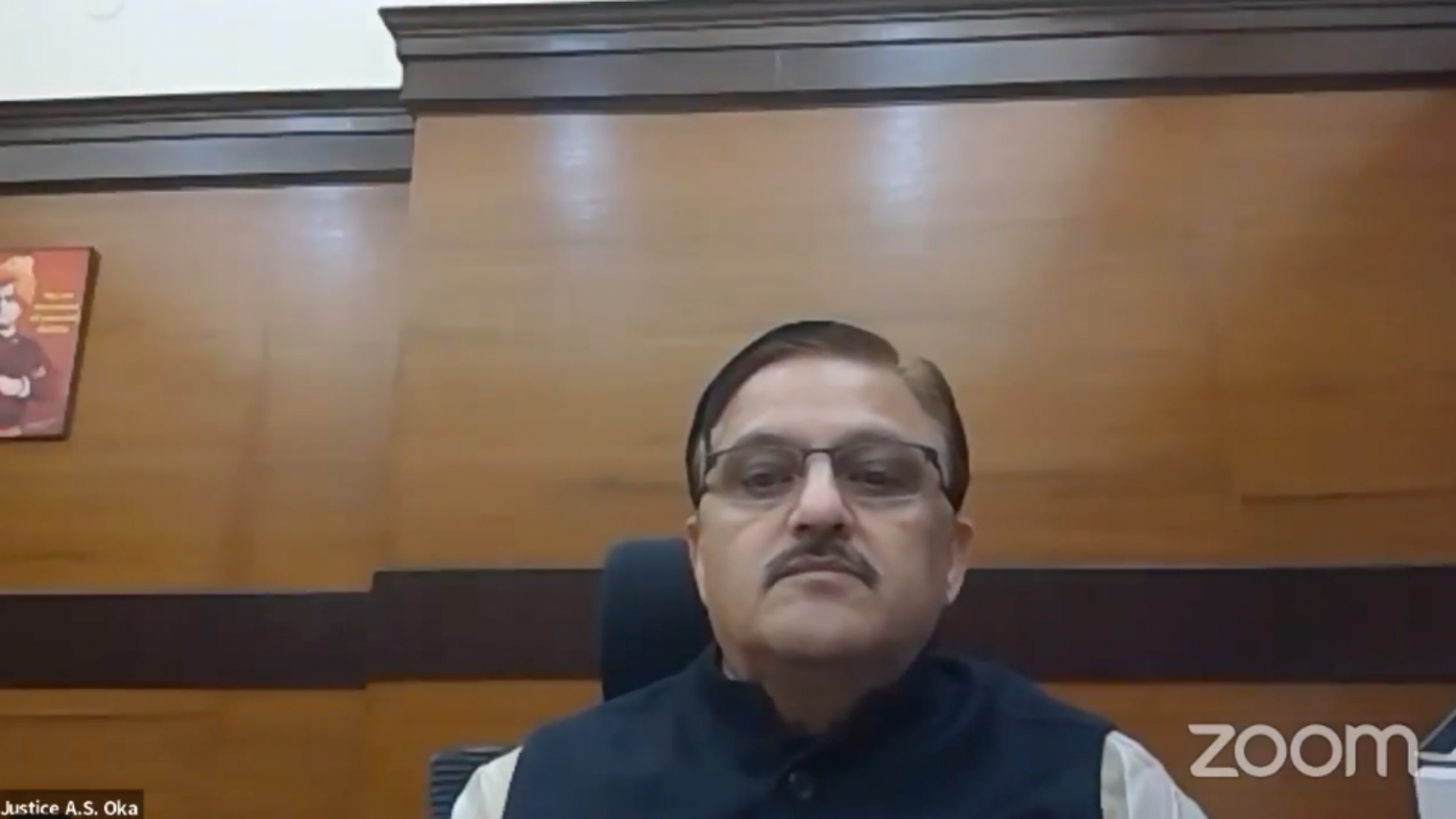 Justice Abhay S. Oka of the Supreme Court admires Bal Gangadhar Tilak’s views on what does not constitute sedition

Justice Abhay S. Oka’s keynote address at The Leaflet’s webinar on “Vision of Independent India: Ranade, Tilak and Gokhale” offers his insights on how far ahead were the ideas of these leaders even as they find resonance in contemporary India.

JUSTICE Abhay S. Oka of the Supreme Court, on Saturday, said that the views of Justice Mahadev Govind Ranade and Gopal Krishna Gokhale on economy and education and Bal Gangadhar Tilak’s vision of free press and freedom of expression find relevance in contemporary India.

Justice Oka was the keynote speaker at the event ‘Vision of Independent India: Ranade, Tilak and Gokhale’ organised by The Leaflet. Senior Advocate Aditya Sondhi who practises at the Karnataka High Court and the Supreme Court, responded to Justice Oka’s speech. The event was moderated by the assistant editor of Indian Express, Apurva Vishwanath.

Justice Oka started his speech by stating that Maharashtra, in the 19th century, gave the nation a galaxy of social reformers, philosophers, activists, and freedom fighters. He said that Justice Ranade was a liberal as he faced criticism with dignity. He co-founded the Indian National Congress but his participation was banned since he served the judicial services of the British government. Being called the ‘Father of Economics’, he envisioned modernisation of agriculture and the setting up of industries. He contributed enormously to the religious and social reforms through his motto “humanise, equalise and sympathise”. By co-founding Sarvajanik Sabha, he introduced a grievance redressal mechanism to take up the demands of grievances of citizens to the British government which was way ahead of his times.

Further, Justice Oka shared his personal opinions on Lokmanya Tilak by referring to him as the “Father of Indian Unrest” as described by Sir Valentine Chirol. He said that Tilak faced two trials on sedition and even underwent imprisonment. But his address to the jury in the second trial held against him in 1908 was historic in terms of its recognition of the right to freedom of expression.

Justice Oka said:  “…in the second sedition trial held against him in 1908, Justice Davar sentenced him to undergo transportation for six years. Lokmanya argued in person at length in his defence.  His address to the members of the Jury is very relevant in which he discusses the law relating to sedition.  He pleaded that the offending articles written by him do not excite disaffection. In his address to the Jury, he has discussed the scope of Explanations 1 and 2 to Section 124-A.   I cannot avoid the temptation of quoting what he has said in his address to the Jury, and I quote:

“…. … … A writer can do something more not merely represent and express. I can say something is bad; it ought to be remedied. I have to write. I have a right to do that and as I find fault it is only natural some ill-feeling is created. We are not all saints. So, in disapprobation, some ill-feeling is implied necessarily. Then, that is the meaning of the explanation No. 2. When I say this Government is going wrong, evidently I say something which the authorities may not like. That is not sedition. If that were so, there would be no progress at all and we shall have to be as content at the end of the 20th century as we are at present. True progress lies through agitation…. If the intention is really to reform Government, it is not sedition. A man must make an attempt to excite with a view to bring Government into contempt before he is seditious. What is the wording in the section? Sedition has never been really properly defined. I cannot conceive disapprobation without exciting some bad feeling in the minds of the hearer or the person against whom that comment is made. It is impossible to do it. That explanation is there to show that we allow such and such liberty to the Press; or it has no meaning….The Section was not meaninglessly introduced. If it has a meaning, the only meaning it can have is that a certain amount of unpleasant feeling is allowed to be created by the law.”

Although Justice Oka did not refer to the contemporary debate on sedition, in the light of numerous arrests of innocent persons by those in power, under the charges of sedition, the implications of his speech and his admiration for Tilak were obvious to his audience.

Lastly, Justice Oka recalled Gopal Krishna Gokhale as someone who advocated practical training and education to run democratic institutions. His understanding of the idea of the Swadeshi movement to not boycott the goods as it implied a vindictive desire to injure the other was remarkable.

He said Gokhale primarily wanted to devote the resources of the country to the work of qualifying people through education while conferring freedom. In March 1910, he moved a resolution in the Imperial Legislative Council to make primary education free and compulsory. Yet, as Justice Oka pointed out, our Parliament took years to introduce the 86th Amendment, which made primary education a fundamental right.

The webinar came to a close with the response speech of Aditya Sondhi, who agreed with Justice Oka in referring to Justice Ranade as a political liberalism thinker. He said that Ranade’s thoughts were way ahead of his time because he thought of arbitration and mediation as a way to solve quasi-judicial disputes. Sondhi remarked that Tilak was an educationist, yet his role in being a critic of the government is striking and relevant as we see so many Tilaks today trying to seek justice.

Like Justice Oka, Sondhi too referred to Tilak’s address to the Jury and its relevance to contemporary  India.  He also emphasised the need for the members of the bar to remain independent both in their thought processes and in expressing themselves. In the end, he said that Gokhale and Tilak both overlapped on certain issues. They differed, in principles, yet there was no animosity unlike what’s happening in today’s India, he said, adding that the political class today has a lot to learn from these three leaders.