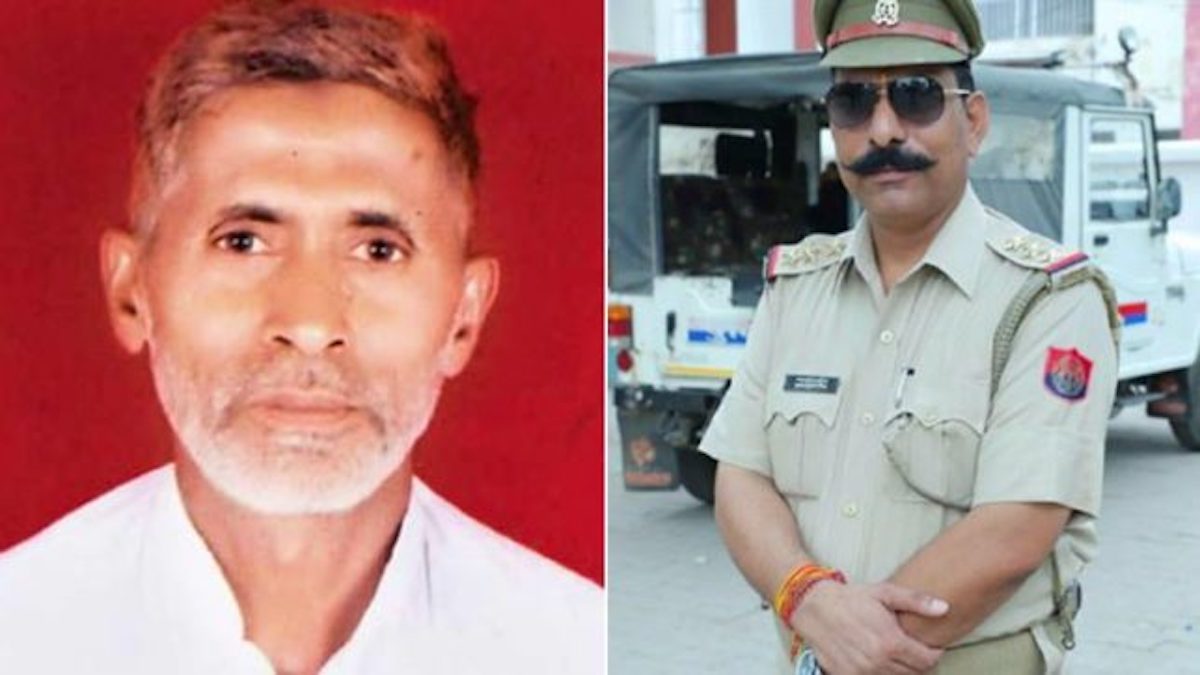 Jungle raj in UP: What the killing of Inspector Subodh Kumar means for India’s police force

[dropcap]A[/dropcap]aj mere pita ji ko mara ha, kal kisi IG ko marenge, parson kisi Minister ko marenge.” This was the anguished cry of the son of the deceased Inspector Subodh Kumar Singh of Uttar Pradesh Police in an interview to a prominent TV channel. He further appealed to the public to ensure communal harmony and not give in to fissiparous forces bent upon creating division amongst Indians. Most importantly, he said that if we keep killing each other, the Pakistanis and Chinese would achieve their purpose without having to do anything.

The Chief Minister of Uttar Pradesh — Yogi Adityanath, or Ajay Singh Bisht — has his own priorities. And the gruesome murder of a brave policeman has not been his concern. He has been occupied with more important matters like watching light and sound display in Gorakhpur and assuring the voters in Telangana of another name change.

When the CM actually found time to devote to the matters concerning his own state, he promptly ordered the police to arrest the killers of cows which supposedly led to the incident. Arresting murderers of the slain policeman was of hardly any concern to him. The IG Police of the area when asked had all the details about persons charged and arrested for killing cows. However, he had no answer to the question as to how the main accused in the murder of a policeman was roaming free and even posting his videos on social media.

CM has been criticised for not going to Bulandshahar & preferring to watch kabbadi match/sound & light show in Gorakhpur pic.twitter.com/hpFQV257dN

The suspect also had the temerity to proclaim in the video that the deceased inspector was “Hindu virodhi”. The spokespersons of the ruling party indirectly justified the incident stating that it happened as a reaction to the killings of cows. It is obvious that the life of a human being is less important than that of a cow under the present dispensation.

Law and order in UP in particular is at its nadir with lumpen elements branding themselves as cow protectors roaming free. That some of these are followed by prominent leaders of the ruling party further emboldens them. Almost 70% of violence inflicted by gau rakshaks during last eight years in Uttar Pradesh has occurred after Adiyanath became the chief minister. Four deaths have occurred in six such incidents in UP during 2018 compared to one death in two incidents in 2016. The state has become a den of lumpens calling themselves “gau rakshaks”. Almost all the victims belong to minority community, or are Dalits. It is clear that the aim of the gau rakshaks is to terrorise the minority community. The derogatory manner in which a prominent spokesperson of the ruling BJP refers to anyone who dares to disagree with him as “maulana” displays the contempt he in particular and his party in general has for the people from minority community.

Anti-Muslim hate crimes get further encouragement by the open stance of powerful people justifying them as a consequence of supposed involvement of victim in cow smuggling or killing etc. Mob violence is thus being legitimised. Besides cow related incidents, the mob has other reasons too to attack minorities, such as “love jihad” or even supporting a Muslim identity like a beard or a skull cap etc.

Brandishing their faith aggressively through violence against Muslims has become a symbol of patriotism.

Muslims get no succour from the law enforcement agencies too because most of the police personnel too are polarised on communal lines. Perhaps the heinous murder of one of their own will spur them into action like it did once to Punjab Police in controlling militancy when the militants started attacking police personnel and their families.

Fault lines amongst communities are now clearly visible and we are sitting on a sociopolitical volcano if things are not brought under control soon. The inaction, nay, passive encouragement to the communal goons is like riding a tiger. These goons are already a law unto themselves as proved by the Bulandshahr incident.

The people of India are secular by choice in-spite of the communal nature of the partition. The Muslims who opted to remain in India are equally Indians and the have as much right over the resources of this country as any Hindu. Demonising them is giving rise to insecurities and developing a ghetto mentality which is not in the interest of peace, harmony and progress of our great nation.

The people in power must follow their “raj dharma”. And the public at large must hear and act upon the sane advice of the young son of late Inspector Subodh Kumar Singh.

Restoring communal harmony will be the most fitting tribute to the soul of the deceased.

[The writer is a Retired Additional Director General of Border Security Force.]