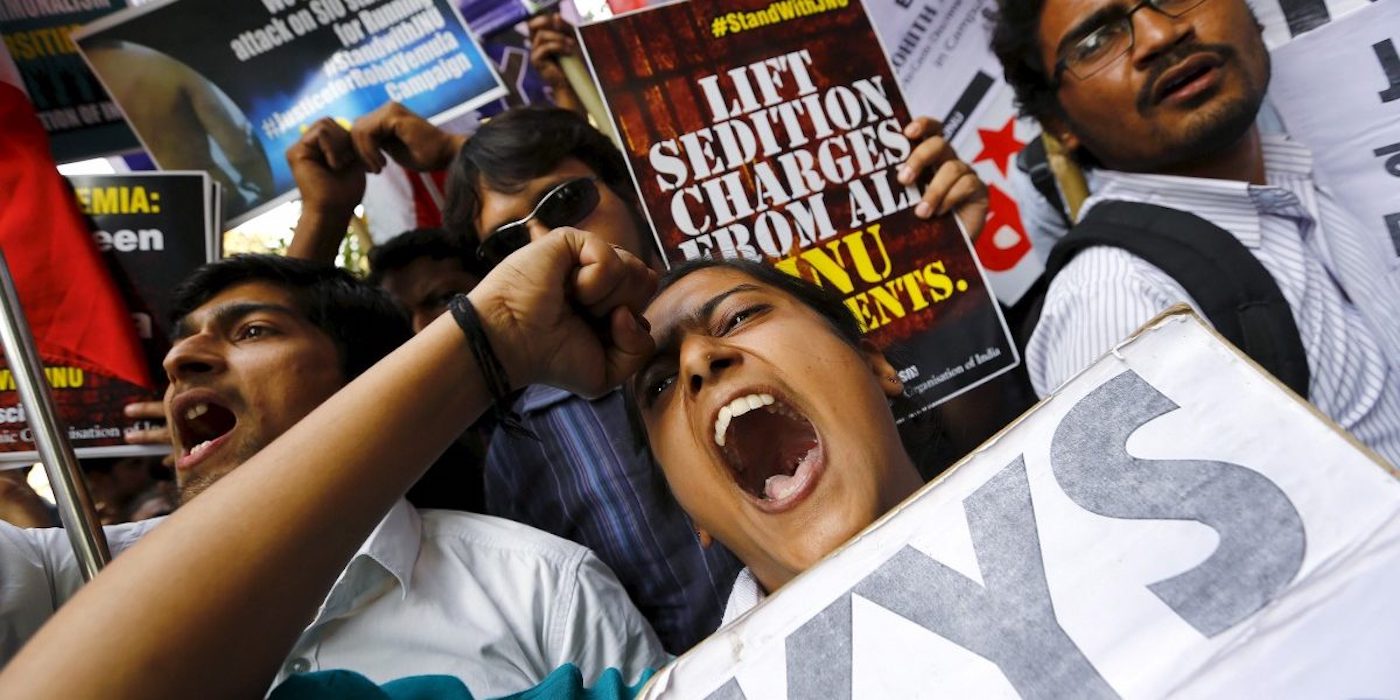 [dropcap]C[/dropcap]HIEF Metropolitan Magistrate (CMM) Deepak Shehrawat today observed that the role of the police regarding the Delhi government sanction to prosecute former JNU student union President Kanhaiya Kumar, Umar Khalid and Anirban Bhattacharya and seven others people on charges of sedition was complete and it was for the court to now ask the Delhi Government for a report.

The said observation was made after DCP Special Cell, Pramod Kushwaha submitted to the court that the sanction was an administrative action and a charge sheet could be filed even without that. He also said that the agency had already sent a sanction request to the Delhi government.

The court yesterday came down heavily on the Delhi Police over the non-appearance of the DCP and directed the DCP Special Cell to submit a report explaining the delay in procuring the sanction from the Delhi government to proceed in the case.

On January 14, 2019, a 1,200-page charge sheet was filed before the Patiala House Court against 10 people, including Kanhaiya Kumar, for holding an alleged “anti-national” event in the campus of Jawaharlal Nehru University in Delhi in February 2016. CMM Deepak Shehrawat refused to take cognisance of the probe because the Delhi Police, before filling the charge-sheet, did not obtain the customary sanctions from the government under Section 196 of CrPC.

The court granted three weeks time to procure the sanction and directed the police to ask the Delhi government to expedite the process.

The Delhi Police has claimed to have based its findings on documentary evidence, CCTV footage, and eye-witness accounts of approximately 90 persons.

Sanction is the permission to prosecute granted by the authorities concerned. Under Section 196 of the Criminal Procedure Code, the court cannot take cognisance of the police charge sheet without sanction from the Home Department of the state concerned.

DCP Special Cell, Pramod Kushwaha submitted to the court that the sanction was an administrative action and the charge-sheet could be filed even without that. He also said that the agency had already sent a sanction request to the Delhi government.

Sanction by the state government is a sine qua non, and no Magistrate can take cognisance of an offence under Chapter VI of IPC unless that sanction is granted. Sanction under Section 196 of CrPC has to be taken at the outset by the probing agency to initiate prosecution. However, that sanction is not required immediately upon recording of an FIR to investigate the case. Sanction is, however, required at the time of filing the charge sheet before the magistrate to initiate the prosecution.

The Delhi Chief Minister Arvind Kejriwal had ordered a magisterial inquiry into the alleged sedition case back in 2016. The inquiry had not found any evidence against Kanhaiya Kumar and had declared some of the video footage of the alleged incident doctored. Since the Delhi Police charge-sheet has relied these videos, the magisterial inquiry report could be brought up by the Delhi Government to refuse the sanction against Kanhaiya Kumar, Umar Khalid and other accused persons.

Kanhaiya Kumar was granted interim bail by the Delhi High Court in the matter in March 2016, almost three weeks after being arrested on charges of sedition.