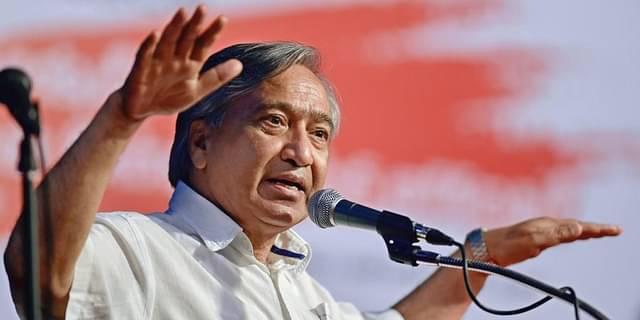 Senior Communist Party of India (Marxist) [CPI(M)] leader M Y Tarigami has filed a plea on Friday in the Supreme Court of India for early hearing of the writ petitions filed against the government’s decision that revoked Articles 370 and 35A of the Indian Constitution on August 5, 2019.

Tarigami, 71, is also the spokesperson of a coalition of regional political parties called the People’s Alliance for Gupkar Declaration (PAGD), which was formed with an objective to restore the pre-August 5 status of the region. Most of the regional leadership from all prominent parties opposed the government’s move of downsizing the erstwhile state’s status and its division into two union territories.

Many including Tarigami had filed petitions in the Supreme Court challenging the decision following which the apex court clubbed several petitions together.

Tarigami in the petition sought an early hearing in the “interest of justice” while submitting that if the matter is not heard urgently, “grave injustice will be caused”.

“In view of the above facts and circumstances this honourable court may have kind indulgence to direct the respondents accordingly, in the interest of justice, otherwise the applicant will be put to irreparable loss, injury and hardships,” the petition said.

The former J&K MLA, in the petition, has said that the central government has taken “irreversible actions” despite the challenge to the constitutional validity of the Centre’s orders on August 5, 2019 as well as the J&K (Reorganisation) Act, 2019, pending before the Supreme Court,

The “irreversible” actions, according to him, include the constitution of a delimitation commission to mark boundaries in the territory before the next assembly elections are held, the amendment to the Jammu and Kashmir Development Act allowing non-state subjects to buy land in the region and closing down of institutions such as State Women’s Commission, J&K State Accountability Commission and J&K Human Rights Commission.

Leaders from Bhartiya Janata Party (BJP), which oversaw the abrogation of Article 370 and the division of Jammu and Kashmir into two Union Territories, have been maintaining that the pre-August 5 status cannot be restored. Many leaders including those from J&K have urged the PAGD leadership to “move on” and make demands around the restoration of statehood to the region – something that even the BJP is comfortable negotiating.

However, earlier this week, the PAGD leadership, passed a resolution demanding the complete restoration of statehood as well as restoration of Article 370 and 35A, seen as constitutional guarantees that allowed almost absolute reservation of rights of locals of J&K over the land and jobs in the region.

Meanwhile, National Conference (NC) in a statement has asked the government to reverse its August 5 decision to avoid a spill over in the aftermath of the change of guard in Afghanistan.

NC’s Hasnain Masoodi, Member of Parliament from Anantnag constituency, during a briefing of the Union Ministry of External Affairs (MEA) on Afghanistan on August 26 cautioned against the “wait and watch policy” of the government.

“To ensure that the anticipated spill over does not play out in a manner that affects peace and stability in the region, the government must restore the August 4, 2019 position to ease out the situation and generate goodwill among the populace of J&K,” Masoodi said.