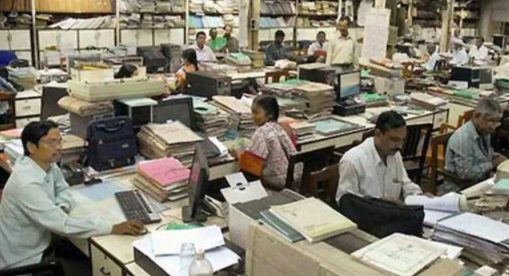 Srinagar: The Jammu and Kashmir government issued new directions on Thursday that involves periodic verifications of government employees which will determine their ‘conduct’. The employees may face termination in the case of an “adverse report” too, triggering concerns.

The latest order issued by the union territory administration reiterated that “every government employee is required to maintain absolute integrity, honesty and allegiance to the Union of India and its Constitution and do nothing which is unbecoming of a government servant.”

According to the latest order, officials of the administration have been directed to report employees involved in any act of “sabotage, espionage, treason, terrorism, subversion, sedition or secession, facilitating foreign interference, incitement to violence or any other unconstitutional act.”

Commissioner Secretary, General Administration Department, Manoj Kumar Dwivedi directed that the instructions given in the order “would be kept in mind during periodic verification of character and antecedents of government employees.”

The order further read that the official must report employees believed to be associated or sympathetic towards individuals allegedly involved in “aiding, abetting or advocating” such acts.

In a separate order, the authorities have made strict amends to the process of passport issuance to government employees in the region by making a clearance from the vigilance department mandatory over other police verifications.

“It is impressed upon all the administrative departments, heads of departments to mandatorily obtain the latest vigilance clearance in respect of an employee applying for obtaining passport,” Dwivedi said in the order.

Following the fresh orders, Jammu and Kashmir National Conference (JKNC) on Friday denounced the latest vigilance clearance rules for employees, terming them “arbitrary and dictatorial”. NC’s spokesperson Imran Nabi said the new set of rules were against the “rights and privileges” of employees.

“There was no need to have an such order in the first place, as the service rules of local employees are already guided by various laws. The new set of rules has tightened the noose around the necks of J&K employees, pushing them towards a state of despondency. How can the employees work in an atmosphere of suspicion?,” Imran added.

The new set of rules, Imran also said, infringed upon the fundamental rights of employees, who, as per the new rules, were liable to punishment if they failed to report others offenses.

“Similarly, denying passports to employees based on vigilance cases cannot be a substitute for being proven guilty in a court of law,” he said.

Following the abrogation of Articles 370 and 35 A, a decision that was taken alongside the downsizing of Jammu and Kashmir’s status into two union territories, the UT government has been often accused – by the political leadership – of carrying out ‘unpopular’ and ‘arbitrary decisions’. Close to a dozen employees have since been dismissed from government service on charges of working against the ‘interests of the state’, including government school teachers.

Like Imran, CPI (M) leader Mohammed Yousuf Tarigami termed the new rules as another “set of arbitrary decisions which need to be reconsidered.”

“It seems – because of some ill advice – the J&K administration is resorting to such an unwarranted course, to targeting its employees and thereby putting them under constant fear. If an employee is violating the law he must be dealt with according to the already laid-down procedures, but this type of an arbitrary approach is not good in a democracy,” Tarigami said.

Similarly, denying anyone a passport, Tarigami pointed out, based on a vigilance case, “cannot be a substitute for being found guilty in a court of law.