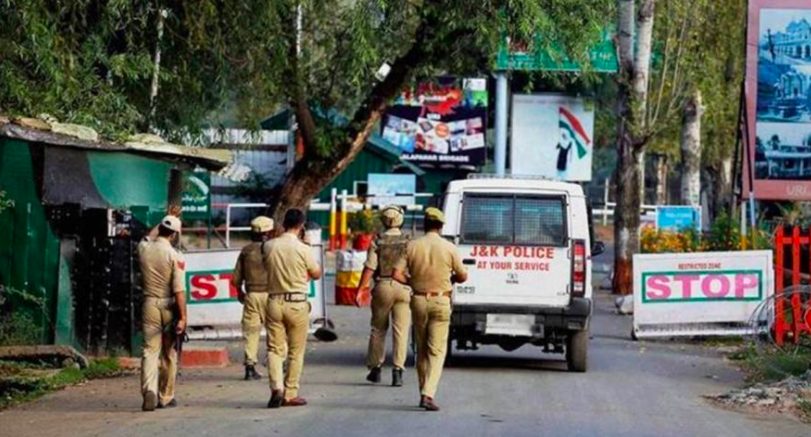 Srinagar: As a part of an ongoing crackdown, the Jammu and Kashmir government on Wednesday dismissed six government employees for their alleged links to militant groups in the region.

The authorities have so far dismissed 17 persons from government services on charges of working against the state. The six sacked in the latest move include two government school teachers, a forest range officer, two constables and a junior assistant in the roads and building (R&B) department.

Their services were terminated under Article 311 of the Constitution of India after a designated committee for scrutinising such cases recommended their removal in, what the government order dated September 22, 2021 said was carried out, in the “interest of the state.”

Liyaqat Ali Kakroo, a resident of Uri area of Baramulla district worked as a teacher in the school education department where he was appointed more than 30 years ago. He was, according to sources, earlier detained under controversial Public Safety Act (PSA). Another school teacher, Abdul Hamid Wani, from South Kashmir’s Bijbehara area has been dismissed for allegedly “harbouring anti-state beliefs” and over alleged links to a banned outfit.

The constables dismissed include Jaffer Hussain Butt, a resident of Kishtwar, and Showkat Ahmad Khan, a resident of Budgam, both involved in allegedly aiding a militant group. Another resident of Chenab Valley’s Kishtwar region, an employee of the R&B department, has also been accused of providing support to militants.

A resident of Poonch district, Tariq Mehmood, who worked as a range officer for the forest department has been dismissed on similar charges related to allegedly providing overground support to militants.

The first spate of dismissals were carried out within a month after the authorities led by Lieutenant Governor Manoj Sinha announced the formation of a Special Task Force (STF) in April 2021 to crackdown on government employees suspected of being involved in ‘anti-state’ activities.

The dismissal of employees is being seen by many, including the political leadership of Kashmir, as a part of a ‘bigger crackdown’ against people, especially after the abrogation of Article 370, to muzzle dissent. Many termed the government’s actions against employees as “arbitrary”. The UT government, seen ruling with an “iron fist”, has in the past weeks introduced various tougher rules against government employees triggering fear and uncertainty among them.