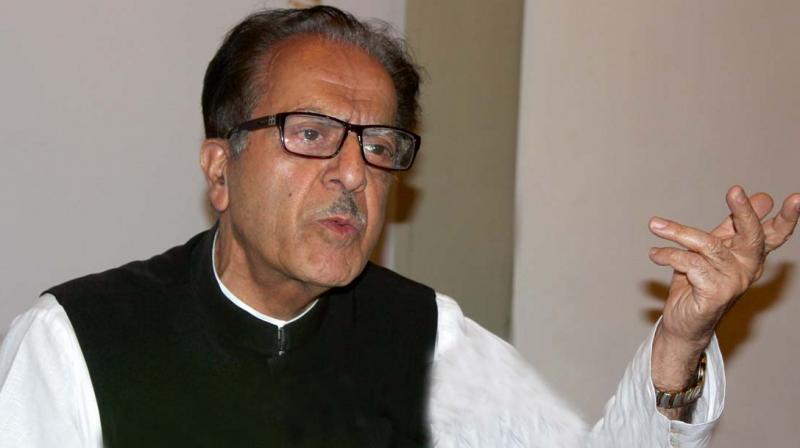 The Supreme Court on Wednesday closed the habeas corpus petition of former Union Minister and Congress leader Dr Saifuddin Soz after the Jammu and Kashmir Government informed the Court that Dr. Soz was not under detention and he was free to move.
However, as per a report published by NDTV hours later, Saifuddin Soz was not allowed by policemen posted at his home in Srinagar to come out or speak to the media.
“How can the government say in the Supreme Court that Soz is free when I continue to be under detention,” senior Congress leader Dr. Soz screamed at the policemen from behind a closed gate and barbed wire barricades.

Watch | Saifuddin Soz kept behind locked gates in his home, shouts "Let Supreme Court see how I am being detained" pic.twitter.com/nhRi1LE0Vf

Speaking to The Leaflet, Supreme Court lawyer Prasanna S said “It is a disgrace that the State thinks it can tell plain, verifiable lies to the highest court of the land with impunity. And in a case where a citizen’s fundamental rights are involved”.
He added “Unless the Court ensures that the accountability is fixed and the responsible official(s) are punished for perjury and/or contempt, it will set a very bad precedent and embolden those seeking to undermine the majesty of the court”
To buttress its claim, the administration of J&K submitted in the Court that Dr. Soz had travelled out of Jammu and Kashmir at least twice by air in October and December.
Senior advocate Abhishek Manu Singhvi, on behalf of Dr. Soz, argued that the J&K administration’s affidavit was “contrary to facts” but a three-judge bench consisting of Justices Arun Mishra, Vineet Saran and M R Shah decided not to enter into the matter any further in view of the affidavit filed by J&K Government denying detention of Dr. Soz.
Allegedly Dr. Soz has been under detention since August 5, 2019, the day when the special status of J&K was revoked. Mrs Mumtazunnisa Soz, his wife and the petitioner before the apex court, had contended that the issuing authority of the detention order provided no communication regarding the grounds upon which the order had been made.
The plea further said despite repeated attempts, no copy of the detention order had been provided to him. Thus the leader could not make any representation, let alone an effective representation, against the detention order.
“In fact, it has been ten months since the detenu was placed on house arrest as per the purported directions of Respondent No. 2, and he has still not been furnished a copy of the Order in order to be able to make a representation, as set out under Article 22(5) as well as Section 13 of the Jammu & Kashmir Public Safety Act, 1978”, the petitioner said.
The petition, filed through Advocate-on-Record Sunil Fernandes, also stressed on the fact that Section 8(3) of the Jammu & Kashmir Public Safety Act, 1978 provided for specific acts and commissions as offences under the Act. Thereby nothing outside of the same can be termed as an offence under the Act.