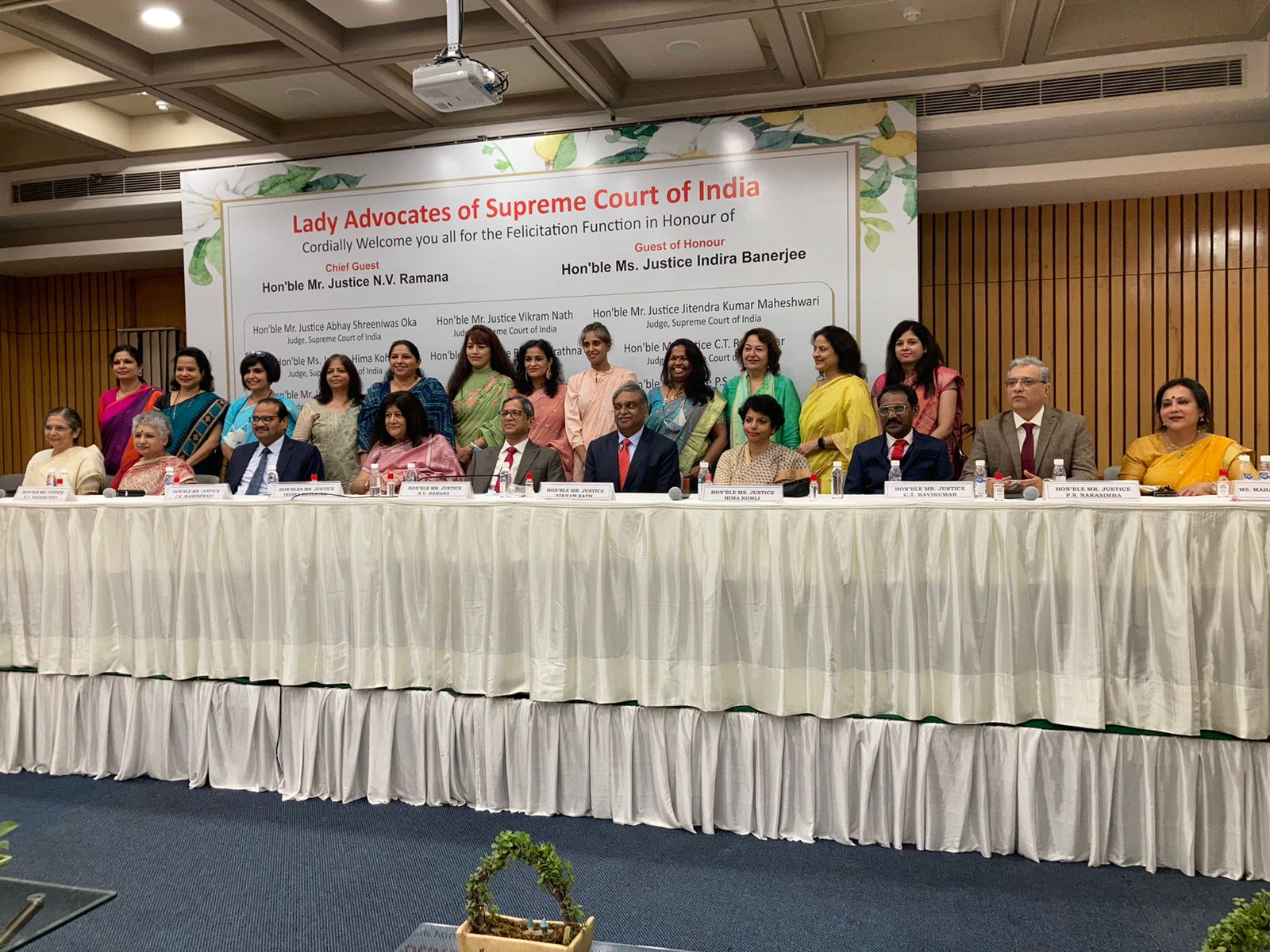 “It is your right”: CJI Ramana presses for 50% representation of women in judiciary

THE Chief Justice of India (CJI) NV Ramana Sunday pressed for 50% representation for women in the judiciary, adding that it is their right and not a matter of charity.

“Enough of suppression of thousands of years. It is high time we have 50% representation of women in the judiciary. It is your right. It is not a matter of charity. Women constitute only about 30% of the lower judiciary. In high courts, women judges constitute 11.5%. Here in the Supreme Court, we currently have four women justices out of the sitting 33. That makes it just 12%”, CJI Ramana said at a felicitation for the newly appointed apex court judges – Justices B.V. Nagarathna, Hima Kohli, Bela M. Trivedi, A.S. Oka, Vikram Nath, J.K. Maheshwari, C.T. Ravikumar, M.M. Sundaresh and P.S. Narasimha.

CJI Ramana also pointed out that of the 1.7 million advocates in India, only 15% were women. Additionally, only 2% of the elected representatives in the State Bar Councils were women, and there is no woman member in the Bar Council of India. This, he said, needed urgent correction, adding that he was forcing the Executive to apply necessary correctives.

“Gender stereotypes are forcing them to bear the brunt of family burdens. Clients’ preference for male advocates, the uncomfortable environment within courtrooms, lack of infrastructure, crowded courtrooms, lack of washrooms for women etc. – all these deter women from entering the profession”, CJI Ramana said.

The CJI cited a survey that he had conducted which showed that out of 6,000 trial courts, nearly 22% had no toilets for women.

“The National Judicial Infrastructure Corporation I have proposed will ensure the inclusive design of court complexes. We need to create a more welcoming environment. An important focus area is to increase gender diversity in legal education”, he said.

CJI Ramana added that he would wholeheartedly support initiatives that will further the cause of eliminating gender disparity in the profession.

Last month, the Supreme Court Collegium, headed by CJI Ramana, had recommended the names of nine judges to the Supreme Court. Of them, Justices Kohli, Nagaratna and Trivedi are women. This is the first time that three women judges were recommended for appointment in one go.