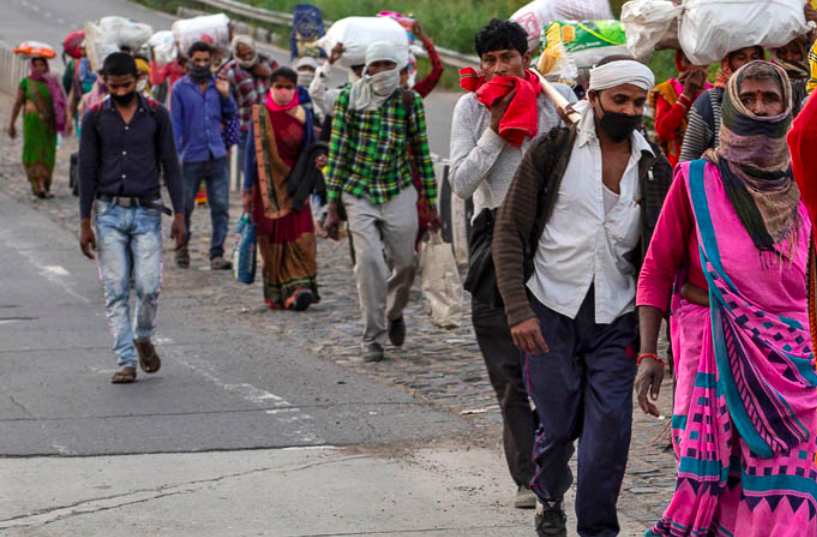 “It appears that people at large are hungry. People are without any food or shelter”, observes Gujarat HC while taking suo motu cognizance

THE Gujarat High Court on May 11 took suo motu cognizance of several media reports highlighting plight of migrant workers ever since the nationwide lockdown was announced. While issuing the notice to the State Government, the court made several observations in the order.

“It appears that people at large are hungry. People are without any food or shelter. It seems that it is the outcome of complete lockdown. Whatever little help the poor people used to receive from the NGOs, other charitable institutions and volunteers, have come to a grinding halt. It has been reported that more than two hundred people living on the footpaths near the Ellisbridge have not had a morsel of food for the past four days”.

“In   such circumstances, it   is   the   paramount   duty   of   the   State   Authorities   to ensure that its citizen do not go hungry. Necessary arrangements need to be   made   for   the   distribution   of   food   packets   all   over   the   city   of Ahmedabad, areas on the outskirts and also other parts of the State of Gujarat. The situation seems to be going out of control. Although the State Government is doing its best to combat the situation, yet we find that something is wrong somewhere. It appears that there is no proper coordination   amongst various  departments  of  the   State   Government. What is most essential as of now is a more humane approach or touch”.

Taking note of the report published in ‘The   Indian   Express’ titled  as “Migrant workers made to wait for 19 hours in Gujarat to board train to UP”, the court recorded in its order that-

“It appears that the migrant workers are suffering the most. They are desperate to go back to their homes i.e. to their native States across the country. We appreciate the efforts of the State authorities, which   are   being   made   to   transport   the   migrant   workers   to   their respective States by way of Trains, Buses, etc”.

The court went on to observed- “However, it seems that before they are able to board the Train or a Bus they have to suffer like anything for hours together in this scorching heat of almost 45 degrees. The State  Authorities should come forward with  some modalities or plans to smoothen and ease the process so that the migrant workers may not have to wait for hours and hours together before they are able toboard the trains or bus”.

“The   State   Government   should   keep   in   mind   that   they   are   at present   dealing   with   the   most   downtrodden,   under   privileged   and weaker sections of the society. They are all afraid. They are not afraid of COVID­19, but they are afraid that they would die due to starvation”, the court said.

According to the High Court, in such   circumstances, it   becomes   the   paramount   duty   of   the   State Government to assure and repose confidence in the downtrodden class of people that they will be taken care of in the best possible manner.

“We would like to convey a message to the   people   at   large   that   do   not   lose   heart.   Everything   that   Has   a Beginning Has an End. NOVEL COVID­19 is not immortal. We all need to stand united and fight. People with resources should stand besides the frail, aged, needy and poor. Trust in the Almighty”, the court said.

Court has fixed May 14 as the next date of hearing.