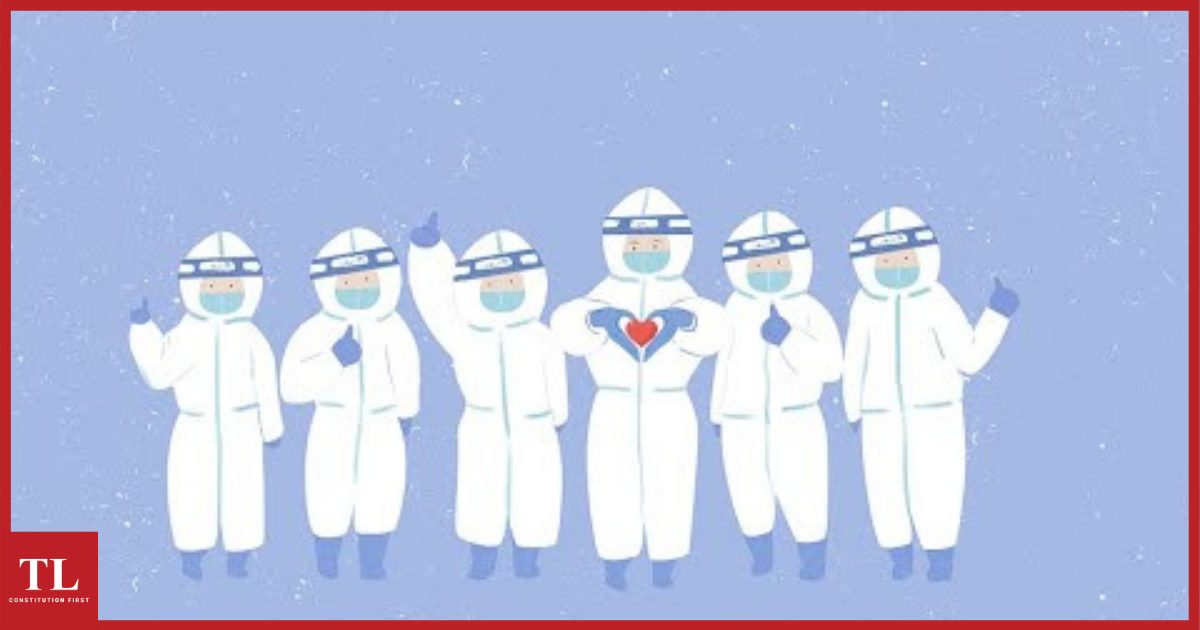 Is there hope in this pandemic?

Looking back at the deadliest pandemic in human history – the Black Death plague – and how it was followed by the Renaissance period that ushered in the modern age, IBAD MUSHTAQ tries to find the silver lining in the present COVID crisis.  He hopes that the conclusion of the existential churn caused by the present death and destruction will lead to the next paradigm shift in human progress.

THIS perhaps may not be the best of times to ponder upon the question of hope. Engulfed by death, disease and desolation, India, and along with it the entire world, is going through a time unparalleled and not witnessed by most of us alive.

Scenes of hospitals with patients awaiting a bed, of attendants running around in teary eyes for oxygen and medicines for their loved ones, queues of bodies lining up at crematoriums and graveyards with the families and friends of the deceased only able to watch the departed soul from a distance, are certainly not suitable for inspiring hope, preaching patience or tolerance.

We are broken and forlorn.

Almost every one of us has lost someone close.

We are witnessing death an inch away, every day. Harrowing tales of people losing their dear ones, while being minutes away from arranging essential medicines, oxygen, or a hospital bed, are common today.

In my own village on the outskirts of Lucknow, I am aware of the local tailor holding his head in despair two weeks ago when he ran out of cloth for kafan (shroud) for one whole day, not being able to keep up with the number of bodies piling up.

Another friend informed how he was late by just fifteen minutes in finding a refill for an oxygen cylinder he required for his ailing father’s survival. Yet another lost his entire family of four in this pandemic, while himself being hospitalised.

Yet I still question myself: is there hope? And if so, in what form?

The existential rumination ushered in by the pandemic

The frail nature of human existence is perhaps best marked by our ignorance of the world as it has been before, and our repeated failure to learn from the lessons that history holds. If nothing else, this pandemic is changing that.

The pandemic is making people stop and think of not only who they are and how uncertain their existence is, but also reflect on what they are doing and if it is what they want to be doing.

Shortage of medicines and oxygen has resulted in losses to people across all social groups. More than ever, it is now that people are realising how useless even abundant wealth can be, when one cannot find an oxygen cylinder in time.

Death does distinguish between the rich or the poor.

In that light, it is also necessary to reflect back and be ready for the consequences that will follow in the post-pandemic world.

Looking back at the Black Death plague

This is certainly not the worst pandemic in world history. It is historical fact, albeit not in any way a matter of comparison, that far greater death and destruction have been witnessed by the world on multiple instances prior to the present coronavirus pandemic, most notably during the 14th century pandemic of Europe: the Black Death. This was caused by the bacterium Yersinia pestis, which combined within it not only the bubonic plague but also the pneumonic plague and septicemic plague.

The Black Death Plague claimed the lives of more than 25 million people in Europe, by the most recent estimates. To put things into perspective, this amounted to almost a third of the population of Europe at that time.

So complete was the destruction from this plague that the Florentine chronicler Marchionne di Coppo Stefani noted, “All the citizens did little else except to carry the dead bodies to be buried … At every church they dug deep pits down to the water level; and thus those who were poor who died during the night were bundled up quickly and thrown into the pit. In the morning when a large number of bodies were found in the pit, they took some earth and shovelled it down on top of them; and later others were placed on top of them and then another layer of earth, just as one makes lasagne with layers of pasta and cheese”.

Giving way to the golden age of Renaissance

However, what followed this near-total destruction of Europe, would change the world forever and is known today as the famous period of Renaissance: the epoch that thrust the world forward from what was known as the Dark Ages, a period of intellectual stagnation and regression, to the Modern Age.

The term Renaissance itself means rebirth and implicit within it, is the pre-condition to rebirth – Death.

Though scholars would attribute several other factors contributing to the period of Renaissance, most agree that the onslaught of the Black Death remained one of the most important factors that acted as a catalyst in this transition from the Middle Ages to the modern time.

Importantly, this transitory period was marked by not only human death but also the death of the ways of the old – the authority of the church, regressive laws, wage freezes, the tax rises entailed by fighting a 100-year war with France.

All in all, this was a period of a complete paradigm shift, when individuals started reflecting back and questioning those in authority as well as the very foundation of the society they lived in for centuries. People in the late middle ages started reflecting upon who they were and what they were doing, constantly looking towards the better periods of the past to help make an even better future – a new beginning.

As put best by Stephen West, host of the podcast ‘Philosophize This!’, “this bacterial plague had just spread across Europe and killed hundreds of millions of people and now an intellectual plague was spreading in response to it.”

Such overhaul of thought during this period is perhaps best reflected in a quote from the celebrated philosopher and humanist Erasmus, who, in a letter dated 12th April, 1500, wrote, “I have turned my entire attention to Greek. The first thing I shall do, as soon as the money arrives, is to buy some Greek authors; after that, I shall buy clothes.”

Periods of chaos and churning provide fertile ground for progress

This “intellectual plague” had started questioning the way things stood and demanded an overhaul, a rebirth, a renaissance, according to West. In sum and substance, what this period held was a push towards greater human progress. West explains that the calamity and death caused by the Black Death had resulted in an awakening of the masses, who had so far been happy with moral and intellectual stagnation, so long as their basic needs were met. It was only through a catastrophe and political unrest that humanity rose to the occasion and made progress.

Also read: An accidental, anecdotal year appears like a planned sequence with majoritarianism as prelude and chorus

Currently, we may hope for instant relief in the present crisis through the timely and adequate availability of healthcare facilities for every patient, alongside more long-term solutions, such as the vaccination of a large enough chunk of the population.

However, the death and destruction that has already occurred, we must also be hopeful, will mark another paradigm shift and give rise to greater human progress, both scientifically and intellectually.

What the present time is showing us is simmering unrest and heightened compassion amongst the citizenry for a large part, if not for all.

From individuals coming together to bridge the gaps where there has been a State-deficit in saving lives to courts pulling up authorities for their mismanagement and seeking accountability – questions are rising, and so is human compassion and solidarity.

What is also on the rise is a demand for accountability, and most importantly, reflection on one’s own material existence.

In one manner, like the “intellectual plague” of the Renaissance, one could dream of another “intellectual viral” that may spread in the times to come.

What we hold dear, who we are and what we will become are certainly the questions that are going to be asked more often than ever, and may give rise to a 21st century-renaissance. Until then, we can only remain hopeful – a luxury that we still can afford.

(Ibad Mushtaq is an advocate practising at the High Court of Delhi and the Supreme Court of India. The views expressed are personal.)