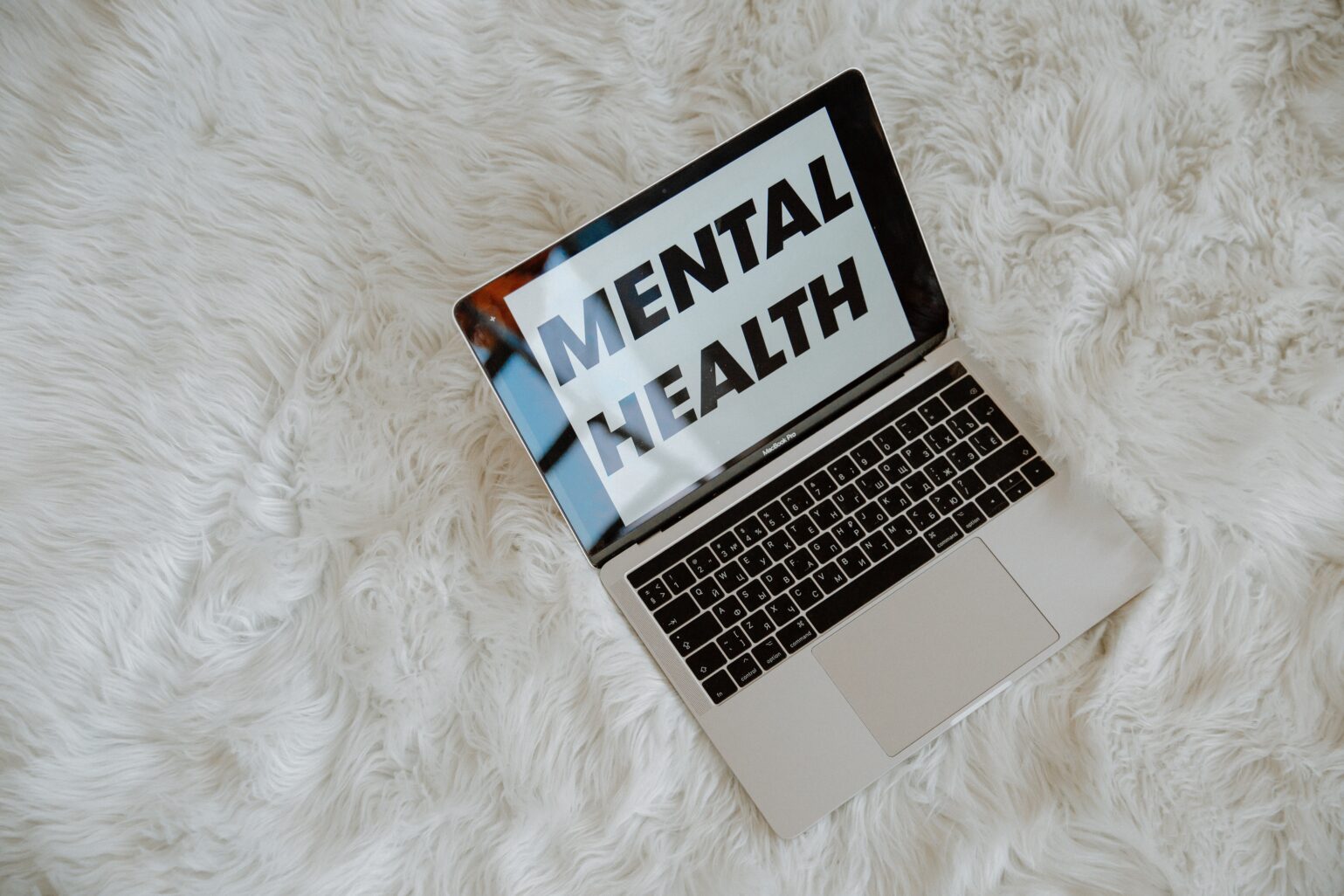 Is media sensationalism on China and Sushant Singh Rajput a sign of helplessness and frustration?

Past few months have beared witnessed to extraordinary events in India’s history. PRARTHANA BALASUBRAMANIAN argues that the response to issues of national importance and hysteria over Sushant Rajput death indicates a larger mental health crisis in the country.

COVID-19 brought up a plethora of problems within society, some which surfaced with the onset of this pandemic. India’s rising number of infections, the growth rate of cases, inadequate health system, hunger crisis, the border conflict with China, our contracting economy, the future of students, suicides, the case involving Rhea Chakraborty and the sudden death of actor Sushant Singh Rajput are just a few of them.

At the heart of all these controversies lies an invisible pandemic of mental health that has been plaguing society for a long time. The awareness of mental health issues is generally poor and many just deny its existence.

As India’s conflict with China escalates, the government banned over 200 Chinese applications till now. These include popular games like PUBG and entertainment apps like TikTok.

The social fabric is upheld when all the important stakeholders perform their duties towards the society. Social issues only reflect a lack of this performance.

Many see this as a retaliation to the Indo-China border conflicts. While both countries have engaged in diplomatic discussions,  the Indian media hyped the issue by claiming India to be on “the brink of war with China”. It is a fact that China has made undisputed claims over parts of Indian territory, but calling it a situation of war was an exaggeration.

The media, without any understanding of defence strategy-making, lacks the ability to gauge the ability of Indian government’s defence advisers and its response to China. Firstly, these advisers are experienced individuals in their field and secondly, even the most lucrative government officials act knowing that it is never in their best interests to fuel a war with another nation, more so during a health pandemic. In a lockdown, online gaming and video making, help to relieve stress. But frustration against banning entertainment applications must not create doubts against the government’s policymaking.

The purpose of technology is to facilitate social organisation. But this purpose gets entirely invalidated when humans make tech the ‘basis’ of their social functioning.

Applications like TikTok provide one with a platform to increase social interaction. But they unknowingly start infringing into a person’s sense of worthiness to such an extent that their sudden loss starts creating unexplainable anxieties which can end up causing physical harm.

Explaining this case as it stands factually, is simple, though it may not be what the media would like to believe.

No investigating agency has made any claim on whether this was a suicide or murder. Sushant’s father, in a video, claimed that Rhea Chakraborty had murdered him.

Still, the public has since then resorted to creating conspiracy theories about what might have happened. Moreover, as if scandalising a suicide wasn’t enough, our media even sensationalised the questioning procedure followed in the drug angle investigation. This was followed by massive trolling on social media, where everyone took a shot at her.

The urge to commit suicide is caused due to mental distress and the various theories around Sushant Singh Rajput’s death only seek to rationalise this urge, ignoring mental distress altogether.

The media violated social distancing measures in the process of reporting on the case. Reporters pounded on Rhea violating her Fundamental Right to personal liberty and health when she was merely being questioned. Moreover, this has led to massive social media trolling that shows news channels surrounding Rhea, without any social distancing.

This is not the only time when the COVID norms have been broken. In fact, one might say that the imposition of these norms has been case-specific in the country throughout the lockdown, as evident from the Supreme Court allowing Rath Yatra but denying Muharram processions.

There appears no reason, other than Rhea’s relation to SSR, why this procedural formality was sensationalised. All prime-time debates immediately shifted their attention from SSR suicide to its drug aspect and even invited “experts” to draw conclusions. All pseudo-investigators among the public need to exercise due caution before they question the working of investigating agencies of the country. Further, no one has a right to make claims about the case before these agencies speak up. Everyone has a right of opinion but, this cannot intervene with the due procedure. Sensationalism by the media plays a dual role that is very problematic. Firstly, criminal investigations have a due procedure established by law which takes time. While updating the public with the investigation is important, over deliberating on the bare facts to imply conclusions can only add on to social anxieties about the outcomes. Secondly,  such implications always stand the chance of interjecting with judicial decision making.

In addition to the conspiracies, there are claims that this scandal is hyped to divert attention from “serious problems” of the country. It is true that these are another set of problems plaguing the current society. But firstly, there is no proof that the government was involved in propagating the SSR case and secondly, we cannot create hierarchies amongst problems of society. And yes, suicide is an equivalent if not a bigger social concern.

Embedded behind these conspiracies is a social fear of increasing suicides. One can ponder over reasons behind suicide but no state action can stop it completely. Behind the fear of suicide, lies another harsh truth that our social fabric may not be as perfect as it seems. Suicides are one way that can, in fact, enlighten the people about the faults in their social fabric. The urge to commit suicide is caused due to mental distress and the various theories around Sushant Singh Rajput’s death only seek to rationalise this urge, ignoring mental distress altogether.

The society is in a state of utter confusion, arising from the fear of losing livelihood or the inability to face this sudden disorganisation.

It is a fact that, due to the pandemic, India’s GDP has fallen by 23.9% and various agencies, like Goldman Sachs, are predicting a far worse situation.

But the question is whether the economy is more important than health.

To reiterate, GDP is the sum of all goods and services produced in a country during a period. It is common sense that production would depict a decline when the streets of the country were empty for months. A valid implication of this sudden decline is the shortage of jobs and salary cuts. It does not necessarily reflect a lack of government action and these are mere inferences.

Presently, everyone lacks any certainty about the ultimate implications of this disaster. The society is in a state of utter confusion, arising from the fear of losing livelihood or the inability to face this sudden disorganisation. Basic livelihood includes means of securing food, water and shelter. It is true that the pandemic has affected the livelihood of thousands of poor. But surprisingly, they are not the ones voicing these concerns. Rather it is the middle class creating a cry about the economy. This class, influencing the popular perception of livelihood, defines livelihood in terms of luxuries. Even in the worst scenarios possible, this class would not lose basic livelihood. Moreover, this diverted attention on losing livelihood is ignoring the reality of human inability to face chaos. Society clearly is lacking the ability to define its worth devoid of any material considerations.

These fears and anxieties are threatening to destroy the social fabric.

Mental health care is one way to balance these anxieties. However mental health has never received its due importance in India, owing to lack of awareness or the stigma society attached with mental care.

It is only recently that society started reflecting on the importance of mental health and made attempts to rid it of stigma. This change in society is beginning to cast reflections on institutions. Mental health services are available to only half the Indian population, 50% of which lives in denial of its existence. The extreme result of this ignorance is suicide, which people prefer to rationalise but never understand ‘the psychology’ behind it  The core tenets of mental care include the resolution of problems by removing the root cause.

It is a natural human tendency to seek order out of chaos. But, in doing so, humans tend to stick to the order which is most visible to all or things which lie at the surface.

Problems will lead to other problems if nobody is ready to accept their root causes. The social fabric is upheld when all the important stakeholders perform their duties towards the society. Social issues only reflect a lack of this performance.

(The author is a second year law student at Jindal Global Law School. Views are personal.)