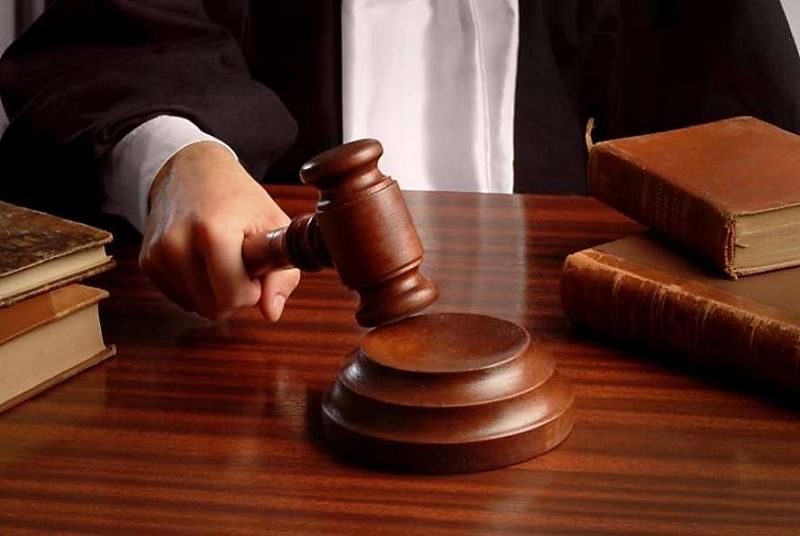 Is lack of resources for the Judiciary a question of simply investing more, or are there other nuances we need to see?

The Law Ministry indeed has a number of vital functions to take care of, but the resources allocated to it do not come across as being commensurate to the duties it is expected to perform. In fact, not just the ministry but the Judiciary as an institution that has to make do with far fewer resources than what would be needed to discharge all its duties effectively to an ever-larger pool of citizens in desperate need of them.

The 2020-21 Union budget made fairly substantial cuts in the allocation of funds to different arms of the Judiciary, especially those concerned with justice delivery and the creation of judicial infrastructure.

For example, the allocation for autonomous bodies which includes the National Legal Services Authority,  National Judicial Academy, and the Indian Law Institute and others were cut from Rs. 159 crores in 2019-30 to Rs. 117 crores. Surely, this was an unkind cut.

Similarly, the funds for the creation of infrastructure facilities for the Judiciary saw a sharp reduction from Rs. 990 crore to Rs. 762 crore. Reminder, this was at a time when India’s economy was still growing.

But, even if we shift our gaze from the cut in the allocation of resources to the Judiciary in this one union budget, and try and analyse the trends in resource allocation as well as utilisation by the Indian Judiciary more broadly, there’s a certain set of facts and trends which are distinct and merit attention.

Decrepit infrastructure and inadequate resources aren’t a new reality which our Judiciary is seen to be grappling with. As far back as in the 1980s, the 127th Law Commission had commented upon the serious lack of infrastructure that courts in India had to make do with. The challenges have only become more grave in the last couple of decades despite a larger economy and more resource potential for investment in that sense.

Funds for the creation of infrastructure facilities for the Judiciary saw a sharp reduction from Rs. 990 crores to Rs. 762 crores. Reminder, this was at a time when India’s economy was still growing.

Our Judiciary and judicial services in general aren’t viewed as important, mainstream public goods. It’s a function and a service which the sovereign alone can provide for, with private provision not being an option. Moreover, a fair trial, access to justice, and a broader sense of fair play is an important component of the social contract with the state for us as citizens and its violation carries consequences in and of itself as well.

Putting numbers to some of these thoughts, India spends less than 0.1% on the Judiciary each year. Comparing it with another purely sovereign function, say defence – we spent around 2% of GDP. Moreover, there is far greater awareness about and popular demand for a hike in defence spending, but that seems to be near completely missing for the Judiciary. This is so despite the fact that lack of a well-functioning, unclogged, and the accessible judicial system carries very real socio-economic costs for the republic and its citizens.

According to a 2018 report by the Institute for Economics and Peace, the inability of the Indian state to deliver timely justice and ensure the rule of law resulted in preventable violence which cost India as much as 9% of our annual GDP!

Multiple other studies exist which detail how pendency, judicial delays, lack of enforcement of contracts, and so on cost the Indian economy hundreds of billions of dollars each year.

There are multiple other perspectives to this whole idea of a lack of resources for administering justice in India.

First is that even the funds that are allocated are oftentimes not even utilised! For example, out of the Rs. 5,000 crores that the 13th Finance Commission had provisioned for improving judicial infrastructure/services in India, as much as 80% of those funds remained unspent.

Our Judiciary and judicial services in general aren’t viewed as important, mainstream public goods. It’s a function and a service which the sovereign alone can provide for, with private provision not being an option.

Similarly, the per capita spending on free legal aid, the National Legal Services Authority basically, was just Rs. 75 paisa per annum in 2017-2018. But more importantly, despite all our proven struggles with providing adequate free legal support to the most unprivileged of our citizens, not a single state in the country utilised the full budget allocated by the NLSA for pro bono legal services.  This is when thousands of extremely poor litigants just cannot access justice because they cannot afford it.

Then there is also the aspect of whatever little funds are actually spent, where does the money really end up getting utilised?

This again is a documented fact that most of the expenditure across the various arms of the judicial system in India goes towards the payment of salaries. This leaves very little resources for important capital investment like the addition of infrastructure, capacity building, and so on. A similarly high portion of legal aid funds is spent simply on payment to lawyers, leaving very little for spending on those in custody, legal aid clinics, and so on.

In the thick of the emergency, Entry 11-A was added to the Concurrent List of Schedule 7 of the Constitution of India via the 42nd Amendment Act of 1976. Often termed as the “Mini Constitution”, this amendment brought the subject of ‘Administration of Justice: Constitution and organisation of all courts, except Supreme Court and High Courts’ jointly under the purview of both the states and the union government.

However, the states have seriously lagged in terms of allocation of sufficient resources to the Judiciary as was envisaged and is considered to be necessary.

Punjab emerges as the only state which witnessed an increase in the budgetary allocation to the Judiciary rising at a rate higher than overall state expenditure.

The India Justice Report prepared by TATA Trusts highlighted how most state budget allocations for justice don’t keep pace with the rise in the state’s overall expenditure for a given fiscal year.

Not too surprisingly, those states wherein the allocation of resources to the Judiciary lagged those of their peers are the ones that see a higher rise in the share of overall pending cases in courts within their jurisdiction as well.

Interestingly, if an across the system measurement is to be considered wherein we include the spending on the police and prisons as well, Punjab emerges as the only state which witnessed an increase in the budgetary allocation to the Judiciary rising at a rate higher than overall state expenditure.

For the year 2018-19, it was revealed that that the total funds as spent by state governments on high courts and lower courts within their jurisdiction was less than 1% of their total budgeted spending for the year. Delhi, which spent around 2% of its budgeted expenditure on the Judiciary, was the only exception to this.

Even as the combined expenditure by the central and state governments on the Judiciary grew by around 53% between the years 2016-17 and 2018-19, it is actually the states which contributed as much as 92% of this growth in allocation!

In terms of absolute numbers, Uttar Pradesh with a spending of Rs. 1,614 crores for the year had the highest expenditure on Judiciary but that is owing purely to the fact that it has one of the largest state budgets in India. As a percentage, these numbers represent an abysmal 0.35% of the state’s total expenditure for the year.

There’s an important element of nuance here, though. A report put together by the Centre for Budget, Governance and Analysis (CBGA) and DAKSH revealed that even as the combined expenditure by the central and state governments on the Judiciary grew by around 53% between the years 2016-17 and 2018-19, it is actually the states which contributed as much as 92% of this growth in allocation!

Over the past couple of decades, especially since the economic liberalisation, as India’s economy has grown many-fold, it has simultaneously evolved to become more complex as well. Certain aspects like the honouring of contracts are fundamental to the conduct of a substantial portion of economic activities. Not just that, sector-specific demands from the Judiciary have emerged as well and all of these are services that need to be performed without fail.

It’s about more than the protection of the rights of an individual in that sense. Delays, pendency, and lack of infrastructure have far higher costs in aggregate than what’s commonly assumed to be.

There’s an urgent need for us to invest a lot more in the Judiciary. It’s an imperative we’ve dithered upon for far too long.

(Yash Agarwal is the co-founder of publicpolicyindia.com. Views are personal.)