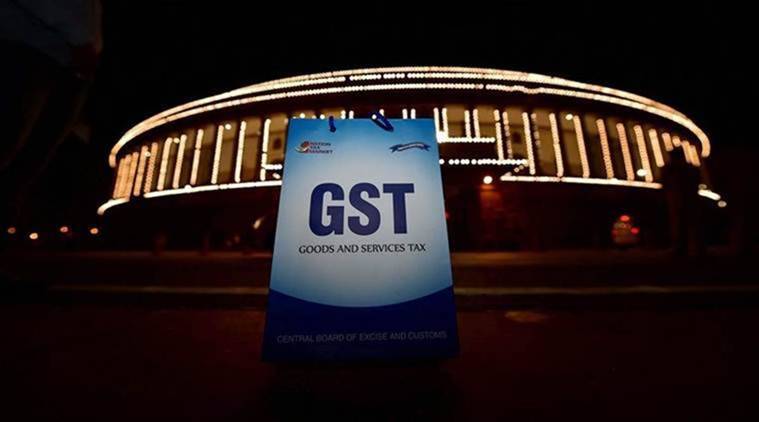 Is GST and its propulsion of the centre-state relationship into a fiscal war undermining the principles of cooperative federalism?

MEDHA BISWAS examines the basic principles of the Goods and Services Tax regime in the context of principles of cooperative federalism enshrined in the Constitution of India.

POWER tussles and wielding the authoritative urge to centralise and encroach upon the autonomy of state governments has been an old feature of India’s political history. In the context of centre-state fiscal wars, the newest entrant has been the impact of the Goods and Services Tax (GST).

The GST was introduced into the Indian economy via the Constitution (One Hundred and First Amendment) Act, 2016 by way of an amendment to the Seventh Schedule of the Constitution. The rights of taxation are given to both the Central and State Governments under the Union List  and the State List respectively. As the foundation for the introduction of GST into the Constitution, Article 246A was inserted, for which it was imperative to amend the Union and State Lists.

The expectation was that the introduction of the GST would effectively help in remodeling the Indian taxation system and address the lacunae in India’s economic reforms, by way of an increment in revenue, increase in competitiveness, effective tax collection, rationalisation of rates and so on. The GST, which also aimed to improve cooperative federalism among the states and the centre as a long term goal, has, since its inception, only succeeded in creating a gradually widening trust deficit among India’s federal framework.

It has thoroughly failed to make a significant impact in its promised agendas, and its starkest failure has been in, perhaps, delivering what the Centre promised to the states. To pass the legislation after reaching a political consensus was a herculean task and for achieving this, the Centre promised to reimburse the states with any revenue shortfall they might have incurred and a growth rate of 14% in GST revenue for the first five years of its implementation.

However, the promised and the reality have been the antithesis of each other, since the guarantee of assured taxes of five years made the states complacent with regard to making any tax efforts on their own. It also does not make any leeway or special allowances for situations such as the COVID-19 pandemic, during which it becomes increasingly necessary to have a strong fiscal framework in place to counter the economic impact.

Further, its implementation has also caused a huge detriment to the borrowing power of the states. Since the compensation cess has been largely been utilised by the central government without its proper disbursal of funds, the states have been left underfunded and crippled, with inadequate funds from the centre, as the option of borrowing remains out of scope. Weak fiscal management by the centre has caused revenue shortfalls and the inability to meet its due disinvestment targets and as a result, it has resorted to fiscal extraction from the states and transferring cess to their own funds.

This necessarily translates to a reality wherein, while the resource mobilisation of respective states via allocation of funds remains under the purview of the centre, the responsibility of socio-economic and groundwork nuances of dealing with the aftermath of COVID-19 resides with the states, with almost zero power to take steps for any respite.

Repeated appeals by the state governments for allocation of funds have been ignored, and instead, they were recommended to rely on borrowings from the Reserve Bank of India (RBI), even when the centre continued increasing the cess and surcharges and closed rooms for negotiations.

Here, the shortfalls in revenue imply that the compensation cess is calculated on 14% guaranteed revenue growth, which is unfeasible in the current scenario. The current ruling dispensation at the centre effectively tried to shrug off accountability by placing the entire onus on the states. The centre should have borrowed the required cess and transferred it as funds to the states, but instead, it borrowed and lent the amount, thereby basically undoing the central substructure of the principle of GST.

Many states, namely Kerala, West Bengal, Punjab, Tamil Nadu, among others, have raised their voices against this system of revenue collection and fund allocation and stated, among their demands, that it is the duty of the centre to borrow from the market and reimburse the Compensation Fund. This logic behind this rationale is that the states had begrudgingly allowed the introduction of the GST into the Concurrent List and subsequently, the economy, on the basis of the assurances given by the centre that the states would be compensated for any losses.

The COVID-19 pandemic has been a huge barrier to the normal functioning of the economy of the states, and the delay in the compensation payments has only aggravated the weaknesses of the states in capital spending to contain the further spread of the pandemic and help the state governments in effectively restarting the economy.

Additionally, the states have always been vocal advocates for the demand that they may be allowed to tax entities with revenue up to INR 1.5 crore, since entities making an annual revenue below that bracket were exempted from excise duties under the previous tax regime. With the introduction of the GST, the revenue from these entities has been divided amongst the centre and the state, thus lowering the amount collected for the utilisation of the states. This undermines the powers of the states in their rightful revenue collection.

Looking at the scenario through the lens of the Fiscal Responsibility and Budget Management (FRBM) Act, 2003, the states already have a cap on the expenditure while the GST put restrictions on the borrowing capacity of the states. The 15th Finance Commission also enumerated its plans on restricting the borrowing capacity of the states as the centre believes that it may cause harm to the macro-economic framework of fiscal standing, via monitoring by global credit rating agencies which oversee government deficit and borrowing levels of the country, as a whole.

While this contention has been heavily criticised by the states, it, however, cannot be denied that these actions undertaken by the centre effectively function as an act of the gradual fiscal erosion of the states, and is antithetical to the principle of cooperative federalism. The affinity of the centre to erode the financial autonomy of the states with respect to taxation and revenue collection, and even limiting the borrowing powers of the states, is an affront to the central tenets of constitutionalism and threatens the federal structure of the country.

The GST Council and inequal power dynamics: an affront to federalism

The constitutional amendment which introduced the GST also provides for the insertion of Article 279A, under which it is mandated that a GST Council must be constituted within 60 days of the commencement of the GST Act, by the President of India, with the Union Finance Minister acting as the Chairperson. The other members of the Council are to be the Union Minister of State Revenue or Finance, and the Minister in charge of Finance/Taxation of each state government.

The most noticeable feature of this amendment is the weighted voting system, wherein the vote of the central government is to have the weightage of 1/3rd of the total votes cast, whereas the weightage of the votes by all the state governments together constitutes only 2/3rd of the total votes cast, in a given meeting. This creates a huge imbalance in the inherent power dynamics of the GST Council and it becomes an arduous task for the states to even contemplate passing a resolution against the centre.

This further acts in accentuating the hierarchy of the centre having the upper hand over the states, and deeply roots the notion of undermining the federal character of the Constitution of India. The GST Council has cautiously steered clear of the discussions upon some of the inception defects of the GST, such as the Revenue Neutral Rate and reduction of the tax rates given the pandemic at hand, as well as the need to provide the economy of India with a massive fiscal stimulus.

The tax rates and its changes should be based on rigorous analysis of data and the budget-making wing of the Ministry of Finance on indirect taxes known as the Tax Research Unit, and must either be brought under the ambit of the GST Council or be regulated as a constitutional body working as the GST Council Secretariat. There have been no updates made to the general public about the widening of the tax net to include previously excluded items such as petrol, electricity, real estate, diesel and so on, which may help in increment of the tax base to a huge considerable extent.

The GST Council must also endeavour to encompass the goals of its commitment to cooperative principles of federalism and aim towards the reformation of the contemporary tax structure, proper rationalisation of the rates of tax and broadening the tax rates. Instead of rushed, bypassed meetings, the GST Council must make way for transparency in the existing fiscal scenario through revisiting the revenue projections and consultations between the union and state finance ministers.

Most importantly, the whole issue must be tackled on a war footing keeping the future of India’s hard-fought federal consensus in mind, and treated as a matter of erosion of the constitutional principles of federalism, rather than of simply the central government vs. the opposition.

(Medha Biswas is a second-year undergraduate law student at the W.B. National University of Juridical Sciences, Kolkata. The views expressed are personal.)