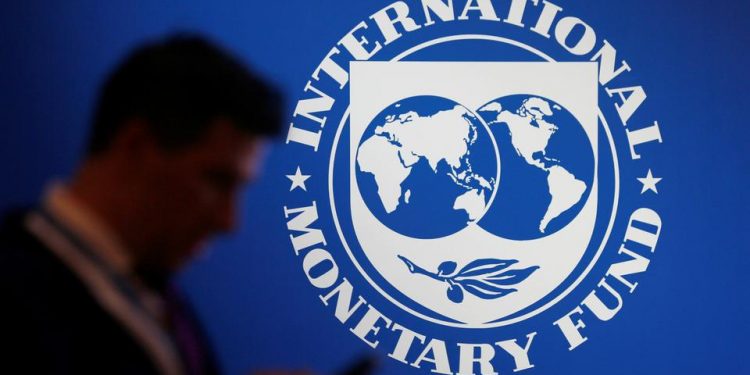 THE security concerns of Russia arising from Ukraine’s intentions of joining the North Atlantic Treaty Organization [NATO] have been widely discussed in the media. But the International Monetary Fund [IMF]’s link with Ukraine, which is a parallel issue, has scarcely received much attention. The IMF, as is well-known, ‘opens up’ economies around the world for the penetration of metropolitan capital by making them “investor-friendly” through the adoption of a host of anti-working class and anti-people (‘austerity’) measures; and such ‘opening up’ typically involves the taking over of natural resources of the countries and also their land areas by metropolitan capital. The mechanism that the IMF typically uses towards this end is the imposition of “conditionalities”, such as forgiving loans to countries that are in need of balance of payments support.
In addition, however, to this general role that the IMF plays, there are occasions when it plays a specific role, namely, that of supporting the US government’s cold war objectives. And in the case of Ukraine, it has played this specific role almost from the very beginning, apart from its general role of opening up the Ukrainian economy to metropolitan capital.
Also read: Ukraine: a conflict soaked in contradictions and new patterns in war and media

The US, peeved at President Yanukovych’s temerity at turning to Russia instead of the IMF, decided to restrict further “damage”, and he was overthrown in a US-sponsored coup in 2014 which was carried out with the assistance of the Nazi elements in Ukraine that had been in the forefront of anti-Yanukovych demonstrations in the run up to the coup. These elements have now become formally incorporated into the Ukrainian army through the inclusion in it of the Azov Battalion, a far-Right, all-volunteer, infantry military unit that earlier formed part of the military reserve of the National Guard of Ukraine.

Prior to 2014, when Viktor Yanukovych was the president of Ukraine, that country had been in negotiations with the IMF as part of its trade integration with the European Union [EU]. The IMF had asked Ukraine to undertake a number of “reforms”: to cut wages; to “reform” and “reduce” the health and education sectors, which in Ukraine were major employment-generating areas; and to cut the subsidy on natural gas that was provided by the State to all Ukrainian citizens, which made energy affordable for them (For more context, see here). President Yanukovych was reluctant to implement these “reforms” which would have imposed a heavy burden on the people; he stopped negotiating with the IMF and started negotiating with Russia instead.
This became his unpardonable ‘crime’. Breaking off negotiations with the IMF was tantamount to escaping the hegemony not just of international capital intent on imposing a neo-liberal regime, but of the Western imperialist powers, especially the US, and hence the NATO. In other words, NATO and the IMF were not seen as distinct organisations, each working in its own sphere of operation, with its own objective; but organisations with similar and overlapping objectives. The US, peeved at Yanukovych’s temerity at turning to Russia instead of the IMF, decided to restrict further “damage”, and he was overthrown in a US-sponsored coup in 2014 which was carried out with the assistance of the Nazi elements in Ukraine that had been in the forefront of anti-Yanukovych demonstrations in the run up to the coup. These elements have now become formally incorporated into the Ukrainian army through the inclusion in it of the Azov Battalion, a far-Right, all-volunteer, infantry military unit that earlier formed part of the military reserve of the National Guard of Ukraine.
The government that came to power after the 2014 coup restarted negotiations with the European Union, for which it obtained a loan commitment of $27 billion from the IMF after showing its “good intentions” by cutting the gas subsidy to citizens by a half. This loan had several notable features: first, it was huge, much larger (in fact more than six times) than what the IMF would normally provide in a comparable situation; second, it was given to a country in the midst of a civil war (as Ukraine then was), which is against usual IMF practice; and, third, it was known from the very beginning that the loan could not possibly be paid back, so that the only means through which it would be sought to be recovered would be through metropolitan capital taking control of the country’s land area and mineral resources (the most prominent of which is natural gas).
The IMF’s operations in Ukraine in 2014 therefore bring out not just the typical aspect of its policy, which is to open up the economy to metropolitan capital, but an additional aspect as well, namely as an aid to US Cold War objectives. The objective of opening up to metropolitan capital, the markets, land and natural resources of Ukraine could have been served in 2014 even with a much smaller loan from the IMF. But the extraordinary size of the loan underscores the nexus between the US administration (that wants Ukraine within its orbit), the Ukrainian oligarchs (who want to take their wealth out of the country in dollars or Euros), the post-coup government (that has to arrange for all such transfers), and the IMF (that has to foot the bill).
Now, in the wake of the invasion by Russia, Ukraine has again approached the IMF for support; and the current IMF managing director, Bulgarian economist Kristalina Georgieva has recommended to the IMF board of directors that it should provide that support. The precise amount of support and the purpose for which it is being asked, are still not clear; but one thing remains certain: after the current crisis comes to an end in that region, no matter what form that resolution takes, Ukraine will become a second Greece in Europe. In the case of Greece too, the IMF loan was much larger than is the usual practice for that organisation. Most of it was meant really to ensure that the European banks that had lent to Greece got back their money. And now Greece is caught in the vicious grip of perpetual debt.
Also read: Ukraine’s President is using the ‘Kremlin excuse’ to ban media that doesn’t always agree with him

IMF’s evolution to a neo-liberal weapon

The IMF, it follows, has altered greatly from the days of its inception. When it was started at Bretton Woods in US in 1944, it was part of an international regime that was predicated on the pursuit of a dirigiste economic strategy. In fact John Maynard Keynes, the British economist who had been an advocate of dirigiste intervention, along with Harry Dexter White, the American representative, had been the principal authors of this international regime. While each country imposed, and continued to impose trade and capital controls, if a balance of payments problem arose in a particular country, then it could borrow from the IMF in order to “stabilise” its own economy. From this, the IMF evolved into a protagonist of “structural adjustment”, where it did not just give loans to tide over transitional balance of payments problems (until the economy experiencing a balance of payments deficit had “stabilised” itself), but actually promoted a neoliberal regime, namely a set of policies entailing the dismantling of all trade and capital controls, privatisation of public sector assets, and introduction of “labour market flexibility” (which means attacking trade unions).