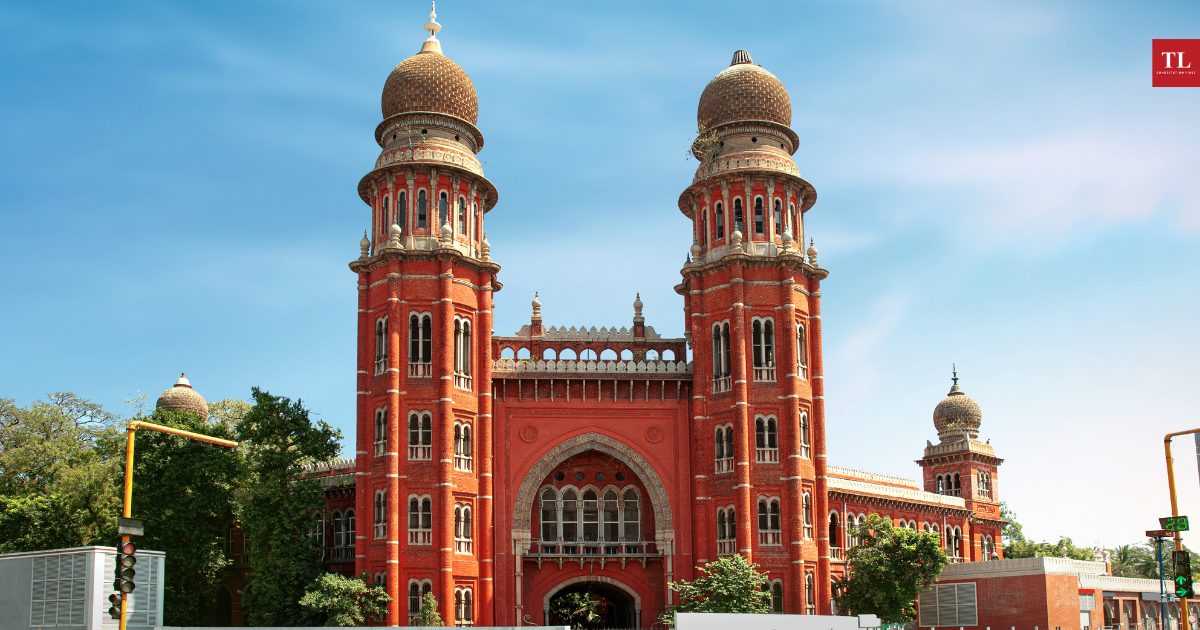 THE Madras High Court, in its decision earlier this month in the case of MM Nagar Sports & Recreation Centre & Anr. vs. The Superintendent of Police & Ors., rejected a police request to install CCTV cameras inside all areas of clubs and recreational centres in order to monitor gambling and other unlawful activities, stating that such an installation would violate the patrons’ right to privacy.In the instant case, writ petitions were filed under Article 226 of the Indian Constitution by two clubs and recreational centres. The petition sought a writ of Mandamus to restrain police officers from interfering in any manner with their visitors and members’ day-to-day activities at such venues.

The petitioners, M.M. Nagar Sports & Recreation Centre and Vadapalani Five Star Sports Club, were established under the Tamil Nadu Societies Registration Act, 1978, with the goal of facilitating social activities among its members. The petitioners complaint was that the police had been meddling with the day-to-day activities of the clubs under the guise of inspection, which amounted to a breach of Articles 19(1)(c) and 21 of the Indian Constitution.

To begin with, when a club or recreational centre is working lawfully, the police should not be allowed to visit the premises and interfere unnecessarily. However, police officials can enter the premises, conduct an investigation based on reasonable suspicion that criminal activities are being carried out in violation of the Tamil Nadu Gaming Act, 1930. Here, the petitioners’ concern was that the police, regardless of their rank, even those below the rank of Sub Inspector, had repeatedly entered the club premises in violation of Section 5 of the Tamil Nadu Gaming Act, 1930.

As a result, in order to resolve this issue, the High Court advised that a CCTV camera be installed on the club’s entrance without intruding on the privacy of club members. Because most crimes occur in places that are not covered by CCTV cameras, the Director General of Police filed a report suggesting that all clubs/recreation centres install CCTV cameras in all locations, including the play area and hallways (except the restrooms).

These private cubs and recreational spaces offer a variety of activities ranging from dining to play areas. People go to these clubs to unwind. It is unsettling to treat everyone with suspicion and monitor everything they do by installing CCTV cameras in every feasible location. When only a few people are suspected, scrutinising everyone isn’t a sensible solution.

According to the high court’s single-judge bench of Justice Krishnan Ramasamy, the submission made by the State Police that the cameras be installed everywhere except restrooms does not fall within the scope of reasonable restriction as provided under Article 19 Clauses (2) to (6). These private cubs and recreational spaces offer a variety of activities ranging from dining to play areas. People go to these clubs to unwind. It is unsettling to treat everyone with suspicion and monitor everything they do by installing CCTV cameras in every feasible location. When only a few people are suspected, scrutinising everyone isn’t a sensible solution.

Hence, the court ordered the installation of CCTV cameras only at the clubs’ entrance and exit, as well as in places where members play games, also requiring the clubs/recreational centres to not permit any activity punishable under the Tamil Nadu Gaming Act, 1930 or the Public Gambling Act.

Judicial journey in this regard

In the first case of C.P. Girija vs. The Superintendent Of Police & Ors, in December last year, installation of CCTV cameras in all spas and therapy centres was considered to be lawful in order to prevent illegal activities by a single judge bench of Justice S.M. Subramaniam. However, in the case of Payel Biswas vs. The Commissioner of Police, where the petitioner asked the court to order the police to provide a no-objection certificate and to desist from interfering with the spa’s operations, another single-judge bench of Justice G.R. Swaminathan ruled that suspicion of illegal activity is insufficient basis for intruding on an individual’s right to rest, thus forbidding the installation of CCTV cameras since it violates a person’s right to “bodily” privacy.

Subsequently, in yet another case of a similar nature where the police were allegedly interfering in the day-to-day running of an Ayurvedic Treatment Center and Spa, Justice Swaminathan referred the question, in light of the conflict between the orders in C.P. Girija and Payel Biswas, to the Acting Chief Justice of the high court to refer to a larger bench of the court for a conclusive decision.

Surveillance is an important instrument for safeguarding the State’s sovereignty and security. Giving the government unrestricted access to citizen’s private life, on the other hand, can be a clear violation of their fundamental rights.

This both raises a question and indicates a grey area that requires a definitive answer to resolve the conflict between the State’s right to surveillance and the individual’s right to privacy. Justice Ramasamy’s opinion essentially draws a narrow line between these conflicting rights but the legislature still needs to strike a balance to protect democracy and rule of law.

In the last two months, the Madras High Court deal with the question of using CCTV cameras for putting spas, clubs, and recreational centres under surveillance in three different cases in quick succession.

No right, including a fundamental right, can be absolute, and only the legislature has the authority to impose constraints. The judiciary has no power to limit the scope of fundamental rights. Any attempt to violate these rights would be seen as unfair or arbitrary intervention. Fundamental Rights and Duties are sacred, and the courts must uphold them.

This right to privacy is essential for preserving one’s basic dignity and to live a life free of interference. The decision to install a CCTV camera that has an impact on a person’s privacy must be made with extreme prudence. To determine what type of constraints should be imposed for its proper use, the government must use its best judgment.