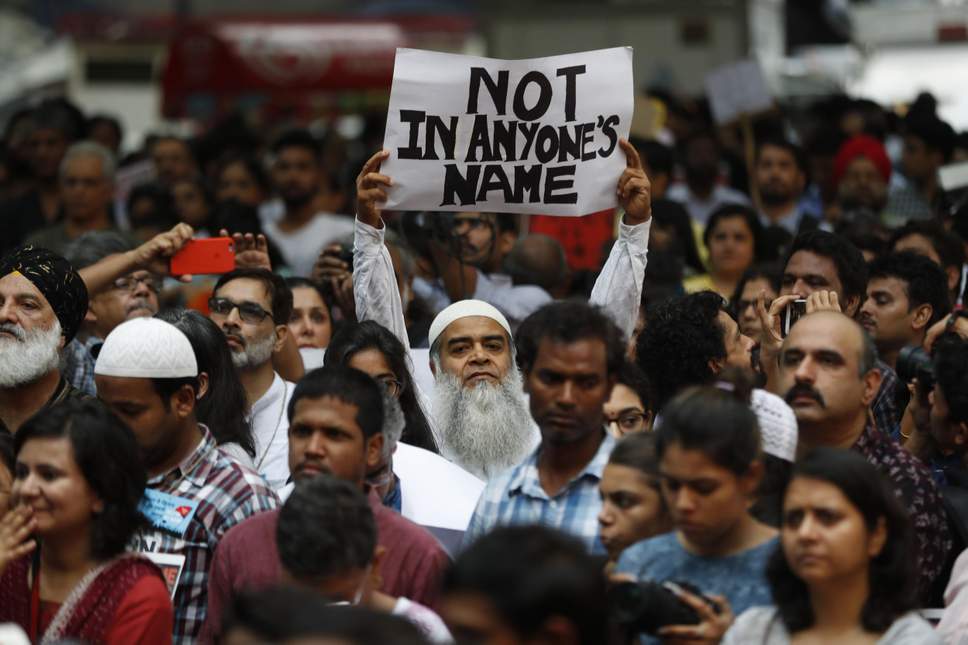 India's Lessons From The Black Abolitionists

In a series of three parts, the author will draw a comparative analysis of the Indian criminal justice system in light of the Black Lives Matters movements of USA. In this article the author showcases the democratic values of peoples movements and systematic oppression.

George Floyd’s murder by cops in Minneapolis was only one among thousands of cases of other atrocities committed against Black people in the United States. African Americans are routinely picked up by the police and shot dead in public spaces with no criminal consequences. Back to back murders of three Black people, George Floyd and Breonna Taylor by the police, and Ahmaud Arbery by three white men, has led to huge protests and uprisings across the United States. In addition to these perpetual incidents of police brutality, the United States has a long history of targeting Black, Latinx, and Indigenous activists in order to decimate their shared solidarity[1].
Several prominent activists have been imprisoned for life, and several others like Malcom X and Martin Luther King Jr killed by white supremacists. In 1956, the FBI’s COINTELPRO program was established to specifically target and systematically defame groups such as the Communist Party of USA, Socialist Workers Party, Puerto Rican Independent Movement, the American Independent Movement, the Black Panthers, the Nation of Islam, and Students for a Democratic Society, among many others. Similar tactics continue to this day, and the FBI’s counterterrorism unit is busy surveilling Black activists and civil rights groups[2].

Spaces of hope and change

In the past, there have been numerous uprisings against the white supremacist, punitive state in the U.S., however, what this recent event in Minneapolis and other cities show is the triumph of decades of community organizing and nation-wide abolition movement built by Black, Latinx, and Indigenous working-class people. Various prison abolitionist movements[3] in the U.S. have been successful in raising the collective understanding of the carceral state, its racist roots and the impact it has on vulnerable communities. This awareness brought together millions of oppressed people together, including allies willing to learn and break the cycle of oppression.

“The bodies of Black, Latinx, and Indigenous communities have become sites of violence, and may continue to be so. “

Commenting on the on-going historical protests, the legendary political activist Prof. Angela Davis said, “This is an extraordinary moment…this is a moment I don’t know whether I ever expected to experience… when these protests erupted, I remembered something that I’ve said many times to encourage activists who often feel that the work that they do, is not leading to tangible results. I often ask them to consider the very long trajectory of Black struggles, and what has been most important is the forging of legacies, the new arenas of struggle that can be handed down to younger generations. But I have often said, one never knows when conditions may give rise to a conjuncture such as the current one that rapidly shifts popular consciousness and suddenly allows us to move in the direction of radical change. If one does not engage in on-going work, when such a moment arises, we cannot take advantage of the opportunities to change.”[4]

The bodies of Black, Latinx, and Indigenous communities have become sites of violence, and may continue to be so. But the very existence of such vibrant peoples’ movements, both spontaneous and organized, are spaces of hope and are indispensable to keep up the fight against institutionalized racism, and to hold the state accountable against its biases.

Similarly, in India, the illegal detention and incarceration of activists under repressive laws is certainly not a new phenomenon. As history shows, Indian National Congress (INC) too routinely targeted Dalit, Adivasi (Indigenous) activists, and Muslims in Kashmir, who have for decades challenged the state’s hegemony over land and other valuable resources owned and protected by these communities. So many of the draconian laws that we have now were in fact enacted by INC. Nonetheless, in the past 5 years the rate at which activists are strategically arrested for challenging Bhartiya Janata Party’s sectarian politics is nothing but deeply disturbing. There is a significant shift in the way this Hindu nationalist government uses law enforcement machinery to attack ethnic minorities, which bears a close resemblance to a well-planned pogrom.

Activists and students from largely minority institutions are being picked up every single day and charged with the draconian Unlawful Activities Prevention Act (UAPA), National Security Act (NSA), Armed Forces Special Powers Act (AFSPA), and other repressive sections of the Indian Penal Code. BJP has succeeded in imprisoning several prominent Dalit and Muslim activists, trade unionists, peasant unionists, and lawyers in different parts of the country.

The events surrounding the detention of thousands of anti-Citizenship Amendment Act protesters shows that the state sponsored repression is not just limited to the arrest of activists, but also common citizens from marginalized communities. While earlier, this flavor of authoritarianism was largely limited to target some parts of North East India and Kashmiri Muslims in Jammu and Kashmir, now similar tactics are being used throughout India. Uttar Pradesh Chief Minister Adityanath has practically sanctioned hundreds of extra-judicial killings of Muslims by the police[5]. Several detention centers have been established to arrest and charge “illegal Muslim immigrants”. Even COVID-19 was given a communal color in India, which led to widespread attacks and discrimination against Muslims.

In addition to this, almost all major media channels have played a big role in spreading the Hindutva state’s communal agenda by vilifying marginalized communities. There are numerous Hindu nationalist vigilante groups that work hand-in-hand with the police, just like the Ku Klux Klan and other white supremacist vigilante groups that feed racist policies in the U.S. Yet, there is no country-wide action like Black Lives Matter in India to challenge this monstrous communal politics and the systematic suppression of dissent.

These situations might appear analogous on the surface in terms of abuse of criminal justice mechanisms, but they stem from different histories. Systematic racism against Black and Indigenous people in the U.S. is a useful model to understand centuries of violence against Dalits and Adivasis in India, however, a different lens is essential to understand violence against Muslims in post-colonial India. Policing powers of the state took a different turn after partition in India, leading to drastic decrease of Muslim representation in the maintenance of law and order[6]. It is important to understand that the current relegated status of Muslims in India is not only due to underrepresentation in police administration, but they have been pushed to the lowest position in every other societal parameters of growth, way behind other oppressed groups such as Dalits (Scheduled Castes) and Adivasis (Scheduled Tribes)[7].
The universal history of policing has always been that of protecting the interests of the majority, and guarding majority’s property. In the U.S., the dominant pattern of violence is White-on-Black, White-on-Latinx, and White-on-Indigenous people, but in India, it is multifaceted because of the presence of numerous caste identities which never ceases to divide people, multiple ethnicities, and regional complexities. Even with these divisions, what’s common is the atrocities committed by the state through police, and incarceration of minorities disproportionate to their population.