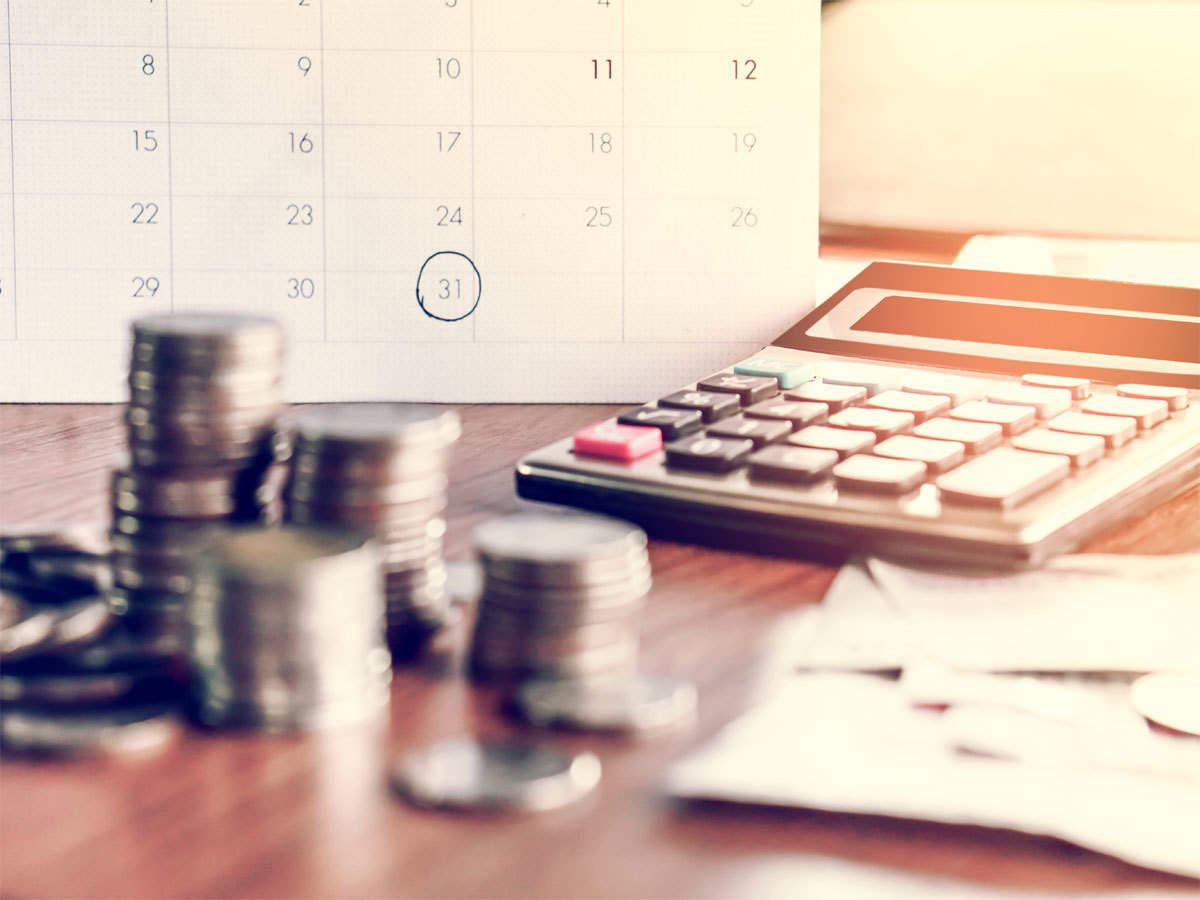 The idea of universal basic income has been a focus of serious discussion in recent years. India is the latest aspirant to seriously consider it. MOIN QAZI argues that while it is a powerful social protection tool, implementation is beset with challenges. These include financial costs, determining the eligibility of beneficiaries, and its impact on the labour market.

THE pandemic has caused unprecedented crises and disruptions around the world. It has inflicted the greatest pain on those who were already the most vulnerable, spurring hardship and unease among low-income families and micro-businesses. In the process, it uncovered existing inequities and created new ones.

The crisis has once again brought to fore the idea of universal basic income (UBI)—periodic and unconditional cash payments to all citizens. The basic income idea has enjoyed a popular resurgence in recent years. We have already seen smaller ‘pandemics’ during the last hundred years and a case for better preparedness need not be overemphasised.

The idea of UBI has recurrently appeared in history—starting with Thomas Paine in the eighteenth century. It is a simple social policy that involves giving people modest, regular, and unconditional cash payments, without being required to do any work for it. In short, it means money from the state, handed out to everybody, no questions asked.

The larger objective of UBI is to build a financial floor through which no citizen could fall, and cement a decent standard of living for the precarious and self-employed. UBI is not tied to the recipients’ behaviour, and they are free to spend the money as they wish. In contrast, conditional in-kind transfers have strings attached.

One reason for the uncertainty surrounding UBI is the lack of a commonly accepted understanding of the broader societal effects it might produce. There are different visions of its costs, how it might be financed, how the concept could be integrated into modern welfare states, and what impact it may have on the labour market.

What effect does a basic income have on people’s behaviour? Does it make them freer or more dependent? Does it leave them unmotivated or lazy? There are several questions to which there are no clear responses.

The rationale underlying UBI is different for different countries: In an affluent society, the issue is how people can earn a living wage when robots and artificial intelligence are likely to take their jobs? Low-income countries like India have a different question: Can a basic income replace the existing social safety net while at the same time assure a basic living wage?

The case for India

UBI is gaining traction for several converging reasons as governments look to revamp their social safety nets. India is the most serious new aspirant and the idea has stoked a passionate debate. The figures below show that India already invests heavily in social protection programmes but the impact and outcome leave much space for improvement.

1. India spends about two percent of its GDP on core social protection and welfare schemes. This translates into an investment of Rs. 9 lakh crore in more than 10,000 schemes. This amount does not cover the high set-up costs and expenditure in maintaining an army of bureaucrats to administer them.

3. Despite the humongous scale and noble intent of these welfare schemes, accessing them remain a challenge for beneficiaries.

Coverage of schemes varies widely in enrolment and delivery. A survey conducted by Dalberg in April 2020, covering Below Poverty Line (BPL) families across 10 states revealed the following:

Coverage is not universal. The gaps in coverage varied according to the scheme: PDS (15 percent), Jan Dhan (43 percent), Social Pension (56 percent), and PM Kisan (66 percent).

These gaps are largely on account of eligibility challenges, lack of awareness amongst beneficiaries, and onerous administrative procedures. One of the most overlooked components of development programmes is communication. Effective programme communication ensures that beneficiaries are well aware of their entitlements, eligibility criteria, and delivery mechanisms.

Unconditional cash transfers are considered one of the fairest, most cost-effective, and most impactful ways to alleviate poverty and stimulate economic growth. The idea behind them is that classical development aid has failed and that direct monetary payments might be able to solve the problem.

The advent of biometric identification, financial inclusion, and mobile penetration has created the scope for directly transferring cash to household bank accounts. The digital payment mode cuts through layers of red tape and leaves no scope for middlemen to sponge funds.

Instead of relying on a large and expensive bureaucracy or aid industry, it is better to transfer money and resources directly to poor households so that they can find the most effective ways to climb out of poverty. But it may not overhaul the sometimes-corrupt decision-making process that determines who is eligible for benefits in the first place.

One of the core precepts of UBI is that it is universal, which means all the citizens are, by default, beneficiaries. Adopting a universal approach in India would result in higher government expenditure as it will have to ensure that no citizens are excluded. The advocates of UBI insist the tax system could be remodelled to ease the cost.

Unconditional cash transfers are considered one of the fairest, most cost-effective, and most impactful ways to alleviate poverty and stimulate economic growth. The idea behind them is that classical development aid has failed and that direct monetary payments might be able to solve the problem.

The wasteful and regressive agricultural subsidies for capital, power, fertiliser, and water would have to be simultaneously phased out. In India, 22% of the population is classified as below the poverty line.

A UBI would require providing benefits to also about 78% of the population who do not fall in the poverty bracket. If we adhere to the purity of the concept and make it universal, then in the Indian context there is a great risk of diluting it as the amount paid to each individual may be too small to have any significant impact on people’s lives.

One approach would be to supplement UBI with the existing social welfare ecosystem in India and make it a quasi-universal basic rural income. Social protection would complement existing programmes. However, this would add up to 13 percent of the current GDP and, therefore, is not fiscally feasible.

On the other hand, the current assumptions (including the Economic Survey of 2016-17) are that a UBI budget would replace all existing welfare programs. There are multiple issues with this approach. Rolling back these development programs would mean backtracking on achieving the human development goals and would not be politically viable.

It would be more prudent to take a middle road. The government should retain existing in-kind programs that deliver necessities and enhance one’s quality of life, such as food security, healthcare, sanitation, and education. Once it demonstrates, over time, that it has built a stable system for income transfers, it could revisit certain policies including giving beneficiaries the ability to select from different service providers, that is, existing public services or non-government providers.

This will empower beneficiaries by letting them decide how their social welfare funds could be spent. It could also enhance the quality of public services by introducing competition with private or civil society organisations. This could also create greater accountability and efficiency among service providers.

It is not feasible to have a basic income that is universal or to substitute existing welfare subsidies. A UBI in India could be implemented as a supplemental, unconditional, recurring cash transfer to the target population while keeping the existing welfare infrastructure intact.

The government should retain existing in-kind programs that deliver necessities and enhance one’s quality of life, such as food security, healthcare, sanitation, and education. Once it has built a stable system for income transfers, it could give beneficiaries the ability to select from different service providers, that is, existing public services or non-government providers.

However, social transfers should carefully select and monitor recipients, and ensure they are well-informed about objectives and the outcomes should be tracked.

We also have to decide about the need to satisfy conditions related to demonstrating specific behavioural compliance or output, such as children staying in school up to a particular age with stipulated attendance or expectant mothers having a regular check-up.

There is often a conflict between the technocrats’ urge for tight targeting to “maximise efficiency” and public rejection in favour of universality. Most welfare programmes in India are conditional, monitored, and regulated by a vigilant welfare bureaucracy.

There are several other downsides: recipients might misuse the money they receive; it will induce people to work less or create a disincentive to work. Critics worry that they will undermine already-fragile social security architecture, cause workers to drop out of the labor force, and encourage wasteful spending.

The assistance should be designed to help them overcome unemployment, retrain, and find work. UBI can be used as a lifeboat to transition to meaningful work, and should not become a guarantee for a lifetime of dependence. A UBI would likely fall far short of eliminating poverty while imposing large economic costs and ignoring future opportunities for work. It is also not the right solution to the core economic problem: the concentration of opportunity.

It is not feasible to have a basic income that is universal or to substitute existing welfare subsidies. A UBI in India could be implemented as a supplemental, unconditional, recurring cash transfer to the target population while keeping the existing welfare infrastructure intact. However, social transfers should carefully select and monitor recipients, and the outcomes should be tracked.

UBI is not necessarily a silver bullet or a cure-all to end inequality. It is a potentially important tool that works best as a complement to broader poverty eradication programmes. It needs serious attention because we owe an obligation to humanity to end the appalling inequalities.

The great American President Franklin D. Roosevelt gave us a wonderful mantra way back in 1937. It is more relevant today than ever before: “The test of our progress is not whether we add more to the abundance of those who have too much; it is whether we provide enough for those who have too little.”

(Dr. Moin Qazi is a well-known development professional. The views expressed are personal.)