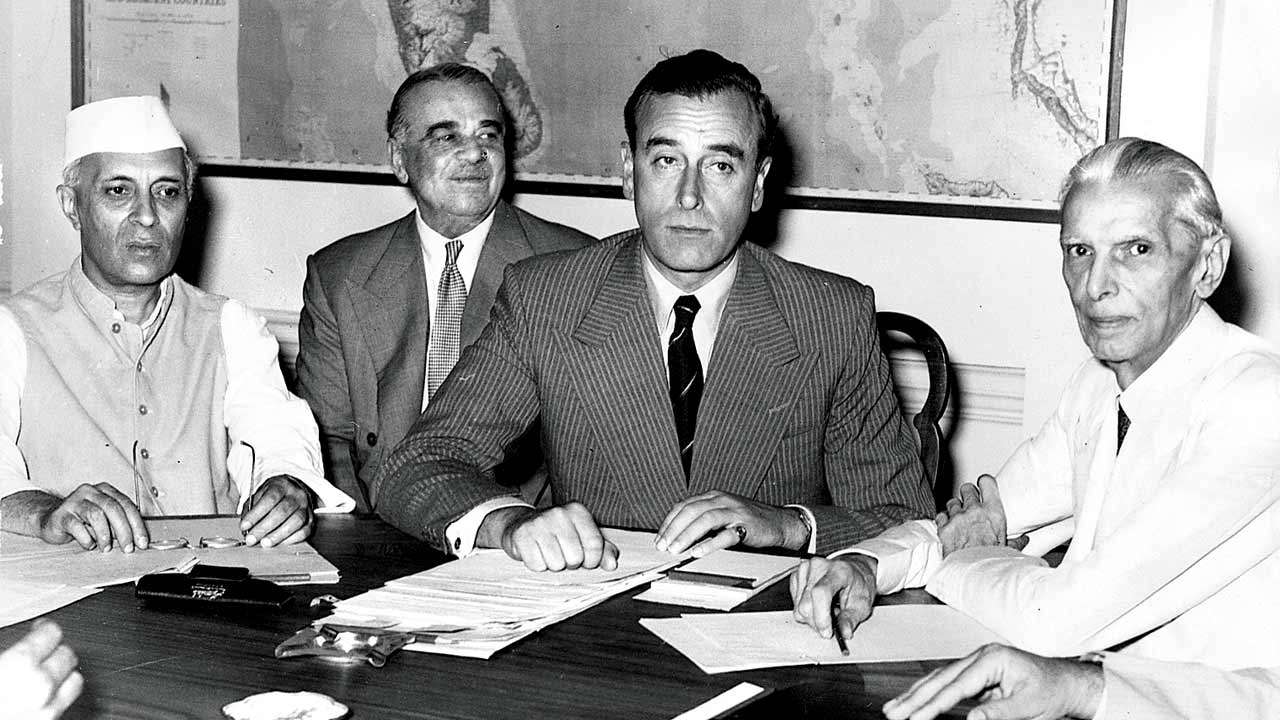 After sensing the huge resistance to British rule in India, which undoubtedly emerged from the nonviolent mass movement for independence led by Mahatma Gandhi, the British took a political decision after World War II to leave India and began the decolonisation process. Fortunately, the British didn’t act in an irresponsible manner by running away from India like pirates abandoning the ship at high sea. If it had done so, there would have been an anarchy.

The British decided to transfer power by legal method, to avoid any discontinuity or hiatus even in the eyes of International law. However, the Indian Independence Act of 1947; though it constitutes a title to the Constitution of India being a source of power, is the least known even among students of Constitutional law.

How did the British acquire sovereignty over India is rooted in unpleasant chapters of history.

The Princes who kneeled down to the British retained their territory, but ended as feudatories. They were called ‘Indian States’ and were popularly were known as ‘Princely States’ under British Paramountcy. The 1858 rebellion by freedom fighters forced the British Parliament to take over the territory from EIC and vest it under the Crown by enacting the Govt of India Act of 1858 under Section I. The subordinate relationship with Princes continued with the British exercising their Paramountcy over them.

Though, symbolically the Constitution of India begins with the words “We, the People of India” but, the legal authority in juridical sense came from the Act of 1947.

On failing to overcome the resistance to their governance due to the nonviolent freedom movement led by Mahatma Gandhi, the British finally decided to bow down and grant independence to India. The final stages of transfer of power began with Lord Mountbatten, the Governor-General, announcing “June 3 Plan”. Lord Listowel, who was last Secretary of States for India and a minister in British cabinet, introduced the Indian Independence Bill in the British Parliament on July 3, 1947, and the Bill was passed on July 16, 1947. The Royal assent was granted on July 17, 1947, enforcing the Indian Independence Act, 1947.

The Act of 1947 starts with the partition of British India, an unpopular event in India, into new dominions of India and Pakistan with effect from August 15, 1947. However, what’s important is that the grant of independence to the new dominions of India and Pakistan emerges from the absolute grant of authority to their respective Constituent Assemblies to frame the Constitution under Section 8(1) of Act of 1947. Further, Section 7 (1) (a) stated the legislative declaration that Britain, ie His Majesty’s Government of United Kingdom, shall “have no responsibility as respect the government of any of the territory which, immediately before that day, were included in British India”.

By these provisions, Britain undoubtedly transferred the sovereignty vested in its Parliament from 1858 onwards to the Constituent Assemblies of India and Pakistan to decide on their Constitution and future course of action. The British Crown was expressly barred from exercising any responsibility albeit power over the territories included in India and Pakistan. In order to avoid hiatus, Section 8 (2) provided for the governance of the territory in accordance with Government of India Act of 1935, with liberty to Constituent Assembly to make modifications that may be necessary.

The Princely States, which were protected by the British with their hands and legs tied, were restored to their original sovereign status by express legislative declaration under Section 7(1)(c) that “suzerainty of His Majesty over the Indian States lapses” and with it, all treaties etc would lapse. Similarly, treaties in tribal areas were also terminated. Subsequently, the Princely States heeded the call for integration of India and signed the instrument of accession to accede their territory into India. Those that were in Pakistan signed a similar instrument of accession acceding into Pakistan.

Salmond on Jurisprudence states “The title is the de facto antecedent, of which right is the de jure consequent”.

The Princely States which acceded into India subsequently signed the merger agreements and covenants to merge into dominion of India. Their representatives participated in the deliberations of the Constituent Assembly of India to frame the Constitution.

The right involves a title or source from which it is derived.

Salmond on Jurisprudence states “The title is the de facto antecedent, of which right is the de jure consequent”. Malcolm Shaw in his book “Title to the Territory” while relying on the case of “Burkina Fasol Mali” says that “concept of title included both any evidence which might establish the existence of a right and the actual source of that right”.

The importance of the Indian Independence Act cannot be understated in Indian legal jurisprudence.

(The author is a Senior Advocate at the Supreme Court of India and a constitutional historian. Views expressed are personal.)