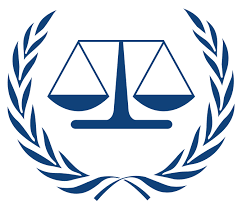 India v. Pakistan at the International Court Of Justice: Provisional Measures and the Way Forward

On 18th May 2017, the International Court of Justice at the Hague ordered Provisional Measures in the Jhadav Case (India v Pakistan). India has approached the ICJ with reference to one of its nationals, a former Naval Officer named Mr. Kulbushan Sudhir Jhadav, who was sentenced to death by a Pakistani General Court martial for alleged espionage activities. India claims that despite making numerous requests to the Pakistani establishment, it has still not been able to secure consular access to Jhadav. This article addresses the consequences of the provisional measure and non-compliance of the order.

India has accordingly applied to the ICJ for the following reliefs:

a) A relief by way of suspension of the Death Sentence awarded to Kulbushan Jhadav.

b) A relief by way of restitution in integrum declaring that the judgement arrived by the military court in defiance of the rights of the accused under the Vienna Convention and the International Convention on Civil and Political Rights is violative of International Law.

c) A relief restraining Pakistan from giving effect to the decision of the Military Court and a direction ordering it to take all steps to annul the decision.

d) If Pakistan is unable to annul the decision, then the Court declare that the Pakistani decision is in violation of international law, pass an order restraining it from acting on it and consequently release the Indian National Concerned.

Following this request for main reliefs, India applied to the ICJ for the following Provisional Measures:

a) That the sentence awarded to Jhadav not be carried out.

b) Pakistan inform the ICJ of steps it has taken to comply with the Order.

c) That no action be taken which may prejudice the rights of Kulbushan Jhadav or the Republic of India with respect to any decision the Court may render as to the final merits of the Case.

India’s case rests on Article 36 of the Vienna Convention on Consular Relations 1963 which speaks as to the rights of the Sending State to exercise diplomatic protection over its nationals in a receiving state. In Particular Article 36 of the Convention provides for the following rights which become relevant in this instance.

Article 36(1)(b) provides for national of a sending state to receive consular access from their mission if they so desire in the event they are arrested, or committed to prison or custody pending Trial. Article 36(1)(b) also imposes an obligation on a Receiving State to inform the national concerned about their right to seek consular assistance under that Paragraph.

Article 36(1)(c) provides that consular officers of a Sending State shall have the right to visit a national of the sending State who is in prison, custody or detention, to converse and correspond with them and to arrange for their legal representation.

Yesterday, while making it very clear that the questions of merit and admissibility of India’s claims are still kept open, the Court awarded provisional measures after finding that

Therefore, the Court exercised its powers under Article 41 of the Statute of the International Court of Justice.

ARTICLE 41 OF THE STATUTE OF THE INTERNATIONAL COURT OF JUSTICE

Article 41 of the Statute of the International Court of Justice enables the Court to order Provisional Measures in a matter before it in order to protect the rights and the interests of the Parties. Till the case of LaGrande (Germany v United States), Article 41 was the subject of a lot of scholarly debate as there was a difference between the French version of the text and the English version of the text. The French version provided a linguistic meaning that provisional measures were binding while the English version implied that they were merely suggestions. In LaGrande (Germany v United States), the Court resolved the inconsistency between the two provisions holding that provisional measures under Article 41 were binding and accordingly would create legal obligations on States that need to be complied with by them stating at Paragraph 109 that:

“In short, it is clear that none of the sources of interpretation referred to in the relevant Articles of the Vienna Convention on the Law of Treaties, including the preparatory work, contradict the conclusions drawn from the terms of Article 41 read in their context and in the light of the object and purpose of the Statute. Thus, the Court has reached the conclusion that orders on provisional measures under Article 41 have binding effect.”

CONSEQUENCES OF FAILING TO COMPLY WITH THE ICJ ORDER

“It needs to be pointed out here that the ICJ is not a court in the strictest sense but is a diplomatic arm of the United Nations that aims to use International Law as a means for the pacific settlement of international disputes. Therefore, the ICJ lacks the power to punish for its own contempt and in fact lacks any enforcement mechanism of its own.”

In LaGrande (Germany v United States) all Germany sought from the court was a declaration that the United States has violated its legal obligations by failing to comply with the Provisional order but did list out a series of factors it would have considered had Germany’s claim also included one of indemnification as a result of the failure to comply.

ENFORCEMENT BY WAY OF THE UN CHARTER

Article 94(1) of the United Nations Charter makes it incumbent on states to comply with a decision of the International Court of Justice in any case to which it is a party and Article 94(2) allows a Judgement Creditor State to approach the Security Council to seek enforcement measures in the event the Judgement Debtor State fails to comply with the Judgement of the Court.

“Under International Law, in the event of a Pakistani non-compliance of the Provisional Measure or even the final judgement of the ICJ, India’s only effective recourse will be the Security Council, which may not be the best remedy considering the geopolitical scenario where United Sates and China are permanent members of the Council.”

Further, if India does take the final judgement to the enforcement stage, it could be a double edge sword as Pakistan may use the Security Council as a soap box for addressing its grievances in relation to the situation in the Indian State of Jammu and Kashmir, a situation that India has taken great pains in the past to avoid.

From LaGrande (Germany v United Sates), however, it would appear that the ICJ has indicated indemnification as one of the possible remedies for failing to comply with its Provisional Orders and in the event Jhadav is executed in violation of this order then at best India could be left seeking damages before the International Court.

CONSEQUENCES OF THE PROVISIONAL MEASURE

Though, if Pakistan abides by the Provisional Measure then India has managed to stay the execution pending the final hearing of its main application. This is only a half victory for India at best, as India still does not have consular access to its national. Interestingly, India has not sought consular access as a Provisional Measure nor has it sought for it as a Main Relief before the Court. At this point with an appeal pending Jhadav is in Pakistan with no access to counsel nor diplomatic assistance. As held earlier in the cases of LaGrande (Germany v United States)and in the case of Avena and other Mexican Nations (Mexico v United States), restitution need not necessarily be by way of a full new trial and setting aside of the convictions, but if there was a review process that took into account that the rights under the Vienna Convention on Consular Relations, 1963 has been violated, this review process would have been sufficient for compliance with Article 36 of the Vienna Convention on Consular Relations, 1963.

The key to Jhadav eventually avoiding the noose may be providing him with all the assistance that is possible within the Pakistani court system. However, India has neither sought consular access as a main relief nor has it sought it as a provisional relief. So it may be difficult for Jhadav to gain any effective relief, if the appeal process has ended by the time the ICJ delivers their verdict. He may just be given another round of post-trail consideration, but it is unlikely that the ICJ would award a fresh trial.

Further India has also not sought consequential reliefs in her application such as the exclusion of evidence obtained from Jhadav prior to the consular access being provided. This may be an important relief that India could have sought to give Jhadav an effective defence before Pakistani courts.

India has said that the Pakistani court system cannot be relied upon and that Jhadav’s execution is foregone conclusion. If this is the case, it will be difficult for India to gain relief unless the ICJ is willing to examine the effectiveness of Pakistani Courts to guarantee Vienna Convention rights.

Now that the hearing on Provisional Measures is over, Pakistan which has objected to the jurisdiction of the Court may move an application taking out preliminary objections pursuant to Article 79 of the Rules of Court according to which the Preliminary Objections ought to be determined first. This may be an effective way for Pakistan to try and get the case knocked out of the ICJ Docket without having the ICJ address the question of merits. It remains to be seen if Pakistan will make an application for a hearing on Preliminary Objections.

In all it appears that yesterday’s order granted India a stay on the execution of her national. India though may not effectively be able to enforce this Provisional Measure against Pakistan and the consequences of a Pakistani failure to comply would be consequences of international politics not international law.

Ajay Kumar is an Advocate practicing at the Bombay High Court. He writes on matters relating to law and policy.